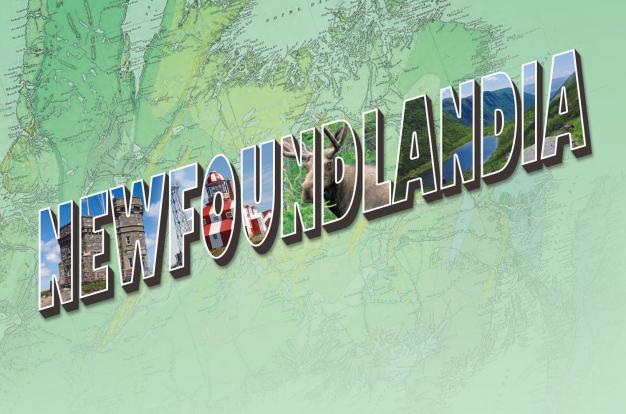 The Story of Old Christmas Day

A calendar would seem like an unlikely source of change, yet it itself has changed many times. Each iteration weaving echoes of the past into the present, influencing our lives in subtle and unanticipated ways.

Molly Henderson busied herself with closing up shop. Her little bakery had stood near Market House hill for decades, the warm smell of molasses a landmark unto itself. It was Wednesday, September 2, 1752. Henry O’Reilly was waiting out front of her shop with his pony and cart. He had happened by quite a few times lately. “A ride home perhaps?” asked Henry, tipping his cap.

“Alright, so long as you behave yourself,” smiled Molly. As she took his arm in hers, Henry sat two feet taller. “We’re too old for this foolishness, aren’t we Henry?” asked Molly with a nudge.

“Might be, might be,” Henry replied, a twinkle in his eye. “Although, today is September 2 and tomorrow will be September 14. Time appears to be a little more fluid right now.” Molly held his arm a little tighter. She would awake the next morning 11 days later, through no fault of her own. What happened?

A law was passed in the United Kingdom, always a cringe worthy event. The Julian calendar had been in use from the start of Newfoundland’s written history. Julius Caesar created the calendar, Augustus refined it, and John Cabot used it when he arrived in 1497. But from 1752, the Gregorian calendar, which was devised principally by German mathematician Christopher Clavius and approved for use by Pope Gregory XIII, takes us to the present. In Newfoundland, the 1752 law would change the month and day of New Year’s Day, make 11 days disappear, and shift the day that Christmas would fall on. And thus, Old Christmas Day was born.

The law was dubbed the Chesterfield’s Act after Philip Stanhope, 4th Earl of Chesterfield. It had two parts. First, it altered the calendar of England, the British Dominions and colonies, such that the new legal year began on January 1 rather than March 25 as it had always been. (Incidentally, this is why our taxes are due in April and not January.) The second part of the Act would mean that Great Britain, its Dominions and colonies would adopt the Gregorian calendar.

The reason for the change was twofold. Firstly, the Julian calendar, in use since 46 BC, calculated that Earth’s orbit around the Sun took 365 and a quarter days. An extra day was added every fourth year, a leap year, to keep the calendar in line with the seasons. However, the Earth’s course around the Sun is 11-and-a-half minutes slower than calculated. Such a small error, and yet over time even small things begin to matter. Every 1,000 years, the Julian calendar would go off track by eight days. By the time England, and by extension Newfoundland, stopped using the Julian calendar it had been in constant use for 1,797 years, so it was already at odds with the seasons.

The second reason for switching calendars was far more down to Earth: convenience. Other nations had already made the swap and it was becoming a hassle. In the words of an MP of the day, “[the continued use of the Julian calendar is] attended with diverse inconveniences, not only as it differs from the usage of neighbouring nations, but also from the legal method of computation in Scotland, and from the common usage throughout the whole Kingdom, and thereby frequent mistakes are occasioned in the dates of deeds and other writings, and disputes arise therefrom.”

In fact, for a time it was possible to send a document from England to Western Europe and have it arrive before it was sent! The majority of Western Europe and all of its overseas territories had made the switch in 1582. Most of Eastern Europe, among others, wouldn’t change until well into the 20th century. Why the United Kingdom chose this moment in 1752 is open to speculation. Perhaps the French, who had already made the switch, looked far too pleased with themselves - that’s worked in other arenas.

But where does Old Christmas Day enter into the cultural traditions of Newfoundland? To better understand that little gem we need to clothe ourselves in the year of 1752. At that time, although our numbers could swell to well over 100,000 during the summer, Molly and Henry were two of only around 10,000 livyers in our colony at the centre-edge of the Western World. In order for the Gregorian calendar to re-sync with the seasons, they had to shift by 11 days. In order to adapt to the Gregorian calendar from the Julian, our lives needed to shift those same 11 days. We in Newfoundland went to sleep on Wednesday September the 2, 1752, and awoke on Thursday, September 14! No, we didn’t just sleep in for a very, very long time, although some years we might wish we could; we made the switch to the Gregorian calendar all in one go.

After some initial angst over wages and rents and so on, which was eventually quelled by some creative accounting, life returned to normal - that is, until Christmas drew near. Molly and Henry were strolling the streets of Water and Duckworth back when they were still called Lower and Upper path and began to worry that because the year was 11 days short, Christmas would be celebrated on the wrong day. Christmas, in their view, needed to be 365 days from the last one, otherwise it wouldn’t be right.

“I wouldn’t dream of it, Molly Henderson,” he assured her.

“Well in that case, Henry O’Reilly,” said Molly, rounding on him before giving a wry smile, “there just might be hope for you yet.”

“Really? In that case, perhaps I should find my way to the front of your shop again this evening.”

“Perhaps you should, if you know what’s good for you.” And with that, Molly spun on her heels and entered her shop.

The solution was Old Christmas Day on January 6. This would allow everyone to embrace the future, celebrate on December 25, and yet still honour the past on January 6 with high carnival. To this day, many in Newfoundland and Labrador insist on leaving lights, decorations and tree up until the evening of January 6.

Maybe this year when you’re gathered around an old pot belly stove, or digital equivalent, give a thought to traditions past and raise a glass of syrup or maybe even a lassie bun to the 11 days that never were. Happy Holidays and have a very Merry Old Christmas Day. (And if anyone would like to celebrate Old New Year’s Eve, count me in, there is always room for one more holiday!)