Newfoundlandia: The Spy Next Door 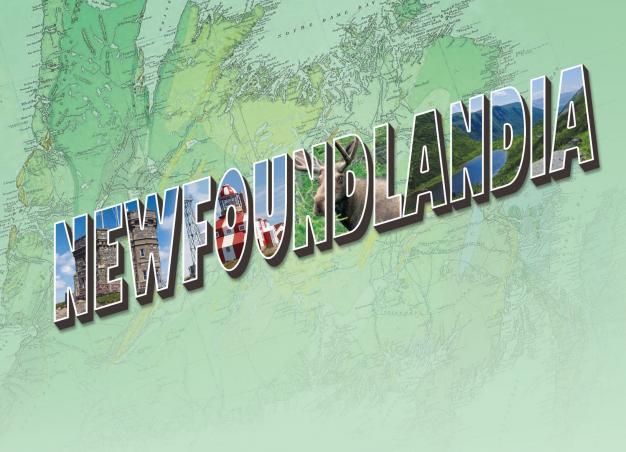 Philip Knowling Jr. was born August 10, 1911, in St. John’s, NL. He grew up on Monkstown Road, played in Bannerman Park and boxed at the Majestic. He grew up a normal Newfoundland lad, before he became a genuine international spy. During the Second World War, our Philip Knowling was a secret agent in the employ of the British secret service.
The year was 1942. With the world hanging in the balance, the British secret service was about to try to tip the scales with Operation Mincemeat. Philip and his colleagues had been hidden for weeks in a submarine off the coast of Spain. The air was tense and stale. The initial excitement of action had given way to the slow scrape of waiting. They needed the perfect moment in the perfect spot to deliver a certain something to a busy stretch of coastline without being seen.
Just below the surface, the ship’s clock ground its track. A night of thick velvet black was filling the sky; clouds blotting out the stars and a failing breath of wind set the stage. “Gear check!” Commander Foster snapped. It had been routine to make ready every night at sunset. Going through the list of equipment and procedures had become dry and robotic, but tonight Philip felt his heart quicken and his mouth go dry.
“Knowling,” the commander said, turning to Philip, “is the package ready?”
Philip looked to the long black bag tightly sealed at his feet. “Package is ready, Sir.” Let that be the last time I need to say that, please, thought Philip.
The black bag at Philip’s feet contained a body. He’d been told it was a tramp who died on the streets of London (Philip knew better than to question it). The secret service had transformed the tramp into one William Martin, a British Royal Marine courier. Every possible record, ID and detail going back as far as time and ability would allow had been created. If the Nazis had the ability to check the dental records of British citizens they would have found a match. William Martin lived a perfectly full, average British life - except that he never existed. The corpse and mission critical documents had been left in Philip’s care. Every night the body was removed from the salt water tank used to both preserve and condition it and placed into a sealed body bag. The smell wouldn’t leave Philip’s nose and the shadow of this body in a fish tank had begun to disquiet his dreams.
The MI6 commander continued to tick the boxes. “Coast check?” “Clear.” “Horizon check?” “Hold, two surface contacts.” “Identify.” “Civilian fishing boats, Sir.”
The commander looked at the captain. “If you’d bet your life on that identification, then we hold position.”
The captain looked through the periscope for a long minute. “Hold position, lower periscope. All silent,” ordered the captain. The Royal Navy man had had quite enough of these spooks commandeering his boat. Tonight would be the night. Operation Mincemeat was a go!
The submarine broke the surface with just enough clearance to open the hatch. Commander Foster scanned the coast, horizon and sky listening for the slightest sounds. They were about to sneak across enemy lines into fascist Spain, a silent ally of Nazi Germany. “Move.”
The seven-person crew had rehearsed every move so often that a small boat was assembled, loaded and launched without a single word. Landing on the beach, all players hit their marks: three to turn the boat, two scouts weapons drawn, and two to deploy “the package.” Commander Foster and Philip removed the waterlogged corpse from the body bag and laid it out as though it had freshly washed ashore, IDs and personal effects in the proper pockets. An attaché case was chained to the wrist, containing a myriad of documents. Most were benign, except one: a letter to a British officer in Tunisia detailing a secret Allied plan to invade Sardinia and Greece.
The body was found the following morning. Authorities in Spain took the bait and turned the body and documents over to their Nazi allies. The Nazis, for their part, took their time to examine every thread exhaustively. In the end, they decided that it was real intelligence and, what’s more, that the British had no way of knowing about the interception. The Nazis took decisive action, moving tank and infantry divisions from Italy to Greece in order to crush the Allied invasion.
The Allies did invade in 1943, just not Greece. They invaded Italy and Sicily instead, catching the Nazis off guard. Italy soon surrendered, even if the Nazi forces did not. Operation Mincemeat may have been the most successful campaign of misinformation carried out by the British secret service.
It is not known, for sure, if our Philip Knowling participated in this particular operation, as most records are still classified; however, we are told by author F.G. Adams that “he had a most exciting and interesting career.” Perhaps one day we will find out just what our secret agent did - a tantalizing thought.

This is a reimagining based on real events. Source: St. John’s: The Last 100 Years by F.G. Adams, and sources detailing Operation Mincemeat.