Newfoundlandia - A Song of Love and Disaster 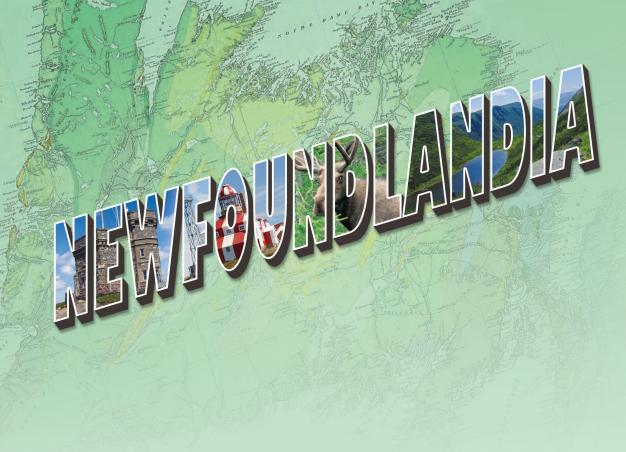 Music has told our stories. It has given us the tastes and flavours of ordinary life in Newfoundland and Labrador, an emotional time capsule to remind us of what truly matters. One such song is one of our oldest surviving native born songs: “A Great Big Sea Hove In Long Beach.” It was written circa 1755, in Bonavista, by an unknown woman in love. The story of that song begins where it must, with our lovely songstress. Let’s call her Sarah.
“He’s gonna ask any day now!” declared Sarah’s friends, who were almost as excited as she was. Almost.
“He better,” she said, smiling, “or I’ll push him off the end of the wharf. I feel fit to burst.”
“When are you seeing him next?” her friends asked in unison.
“Next week, for supper with him and his Gran.” Sarah shifted. “I’ll bring a pie.”
Sarah had brought Granny Snooks a lot of pies during that summer of fair winds and dreams. After a chat and tea, Granny would always arrange for Georgie to walk Sarah home. They lived in Bayley’s Cove
on the edge of Long Beach, and Sarah in Canaille. The neighbourhood of Mockbeggar, in between, seemed to grow on each walk home.
Pies were the only baked good Sarah could make well, so it wasn’t long before creative flavours were needed. “I wonder what a partridgeberry and turnip pie would taste like,” Sarah mused as she and her father sorted the winter vegetables in the root cellar.
The next morning was a soft November 1st; the sweet smell of the sea hung in the air as Sarah headed up to the barrens above town. Partridgeberries, currants and bakeapples were plentiful. Getting on to noon, Granny Snooks was taking in the laundry while Georgie was around the corner splitting and stacking firewood.
Worlds away and far from the dreams of our sweet Sarah, untold violence was occurring. An earthquake measuring 8.5 on the Richter scale was laying waste to the city of Lisbon, Portugal, killing more than 30,000 people and sending energy pulsing across the Atlantic. It took just seven hours to reach Bonavista.
Sarah first heard shouts and screams carried on a strengthening wind. She raced to a promontory overlooking Bayley’s Cove, and the sight froze her breath in her chest. People were running as an ugly great water poured in over the headlands of Long Beach, destroying boats, homes and gardens as it went. “Georgie!” the name stuck in her throat and she bolted.
Sarah cut straight through a hay field, feet flying over uneven ground lost in the tall grass. There they were!
“Gran saved me,” Georgie said, looking rattled. “I’ve never heard anyone yell half so hard, but she
hasn’t been able to get a word out since. I’m taking her to Mrs. Mouland’s for help.”
Sarah’s thoughts jumped to her family. Quick goodbyes and she was off running through the curving lanes of Mockbeggar. The words came unbidden: A great big sea hove in Long Beach and Granny Snooks she lost her speech.
She tore past Abbott’s big red store where she and Georgie first met. It was still standing. She rounded the harbour and the destruction was hard to take in. Dazed, she nearly bowled over Mr. Keough who had been staring, stunned. A great big sea hove in the harbour, hove right up in Keough’s parlour.
Sarah was pounced on by her parents. “Sarah! You’re OK! I couldn’t save it, Sarah,” her mom began, pained. “It’s gone - the material for your wedding dress, everything, ruined.”
“She nearly made away with herself going back after it,” her father said.
“Oh Mom, I’ll get married in a flour sack for all I care,” Sarah reassured her. Oh dear mother I wants a sack, with beads and buttons all down the back. “That’s if he’ll still have me - would you look at the state of us!” All three burst out laughing, and Sarah knew they were going to be OK. Me boot is broke, me frock is tore, but Georgie Snooks I do adore.
“Any wedding will have to wait,” her father began. “With the cost of everything, we’ll be fortunate to put a roof over our heads, and the Snooks can’t be much better off. “ Sarah had to agree.
Oh fish is low and flour is high, so Georgie Snooks he can’t have I, but he will have me in the fall. If he don’t, I’ll hoist my sail and say good-bye to old Canaille. Sarah wrote down the words that had been running through her head all day. “Was it a happy song?” she wondered. “Did they marry in the end?” To answer that question we need only listen to the tune. Locked into every note is joy. Over two and a half centuries later, and that message of love winning out can still be heard.
The big red store of Mockbeggar, built in 1733, was there in Sarah and Georgie’s time in the sun. You can still put your hand on the building, close your eyes, listen to the waves crashing on the rocks and smell the sea in every breath. And if you sing Sarah’s song you will be transported, feel what Sarah felt. It’s hard not to admire the Newfoundland spirit. Of course they married.

This has been a reimagining based on real events.