The Link Between Irish Newfoundland Music And Bluegrass 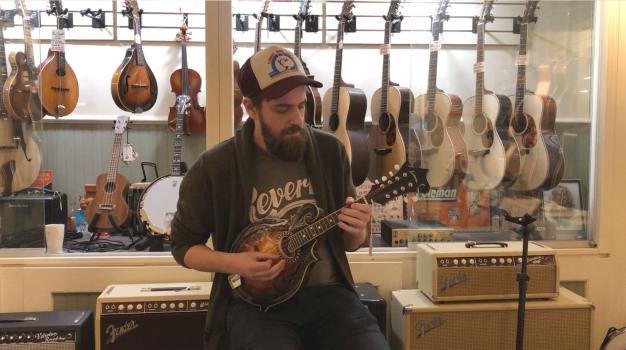 Digging Into The Roots

Exploring the similarities between Newfoundland traditional music and bluegrass music
The crops are failing, the food is scarce and there’s no work to be had. This was the state of affairs in early 18th-century Ireland, when hundreds of thousands of Irish people migrated to North America, destined for Newfoundland, Pennsylvania, New York and Boston.They brought many things with them, and 300 years later, we don’t have much of it left. Except for the songs. The melodies of the ballads and dance tunes of yore still float through the air, connecting far-flung people to a common history.What began as the ballads and fiddle tunes of Ireland and England in the early 1700s evolved as people brought them to the New World, eventually becoming the folk songs of Newfoundland, New England and the Appalachians, the birthplace of bluegrass music. As it turns out, the old-time country music and its offspring, bluegrass, have a fair bit in common with traditional Irish-Newfoundland music.


Dave Rowe grew up in both Irish and bluegrass music worlds. His mother’s side of the family are the O’Brien clan, the namesake family of O’Brien’s Music in St. John’s, a store - and family - that, since 1939, has been an important part of the Irish-Newfoundland folk music scene. His father is Ted Rowe, a founding member of Crooked Stovepipe, the longest running bluegrass band in Newfoundland.
“So I grew up around bluegrass music,” says Dave, “and I grew up around Irish and Newfoundland music.” These days, Dave owns O’Brien’s Music and plays mandolin in Crooked Stovepipe.
“There’s definitely a connection with the song tradition, the ballad tradition that came over to Newfoundland as well as the New England area… and also a lot of the settlers who ended up in the Appalachian Mountains, they would all have come from a very similar tradition of balladry,” says Dave.
It’s not the similarities between the places or people that connect the musical styles of these regions, but rather their shared source location, says Dave. The roots of this music all reach back to Ireland and England, with influences from other regions blending in as well.

Bill Monroe and the Bluegrass Boys gave the bluegrass genre both its name and its defining sound of fast-paced, driving rhythms played on acoustic guitar, mandolin, banjo, bass and fiddle. Growing up on a farm in Kentucky, then later pursuing a music career, Bill Monroe was immersed in the songs of the Appalachian region. Many of those songs had roots in the British Isles, as did the people.
In 1932, Oxford University Press published English Folk Songs from the Southern Appalachians by British musician, teacher and folk song collector Cecil Sharp. It’s a book of songs he collected during trips in 1917 and 1918 to the Appalachians. He found the people of the remote mountain regions to be very similar to his English country folk of yore, and they were still singing the folk songs brought to the area a few generations ago.
Cecil’s excursion to America followed a period of song collecting in England, during which he catalogued hundreds of English folk songs. His trip to Appalachia was guided by thinking there may be more songs to be found amongst English settlers around the world. And following this train of thought, he had every intention of travelling to Newfoundland to collect songs, but died before he could make the trip.
We know this thanks to Cecil’s assistant, Maud Karpeles, who accompanied him on his Appala-chian trips and continued to gather songs after Cecil’s death.
She would make the trip to Newfoundland herself in 1929 and 1930, later publishing the songs in her book, Fifteen Folk Songs From Newfoundland. In the introduction she writes: “Cecil Sharp’s discoveries in the Appalachian Mountains led him to believe, quite rightly, that folk-songs of English origin were to be found in other parts of the American continent.”
One song, in particular, suggests that the song tradition of Newfoundland and Kentucky is more similar than different. “The Cruel Mother” appears in both the Appalachian and Newfoundland songbooks, with a shared refrain but otherwise different lyrics and melodies, providing a documented link between the musical cultures of Appalachia and Newfoundland.
In the introduction to his Appalachian songbook, Cecil writes of hearing - but not documenting - many fiddle jigs and tunes that were either similar to or the same as fiddle tunes from his homeland. Dave Rowe’s experience as a young child, listening to his parents and their friends play and listen to Irish Newfoundland and bluegrass music, is in some ways similar to the experiences of Cecil Sharp and Maud Karpeles.
“I didn’t know the difference between a bluegrass fiddle tune and an Irish fiddle tune at the time,” says Dave. “It was all just music. And it was all very similar.
“The newer ones [fiddle tunes] that are in bluegrass music that Bill Monroe himself wrote since the ’40s are still similar to fiddle tunes that you’ll hear played at Erin’s Pub on Friday nights that are three, four, five hundred years old, that are just old Irish dance songs,” says Dave. “And you can still hear that commonality."