The New Wave Of Women In The Fishery 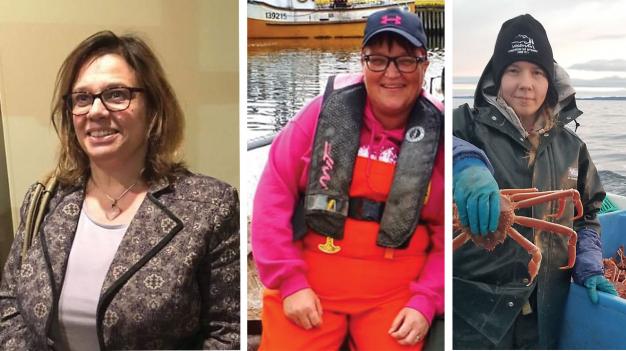 Once more likely to stay ashore and handle the processing, the women of today’s fishery are just as inclined to ride the high seas with the men.

The Newfoundland and Labrador fishery is typically tagged as a man’s business, but the truth is that women have always been an integral part of the “fish racket.” Often with children in tow, women immersed themselves in making fish as part of the shore crew. They headed, gutted, salted and laboriously spread fish on flakes for months on end. Further, a good many outport women joined the migratory fishery on the Labrador each season as servants.
In more modern times, many women have worked lifetimes inside fish plants, spending careers on the production lines. And the times continue to change for women in the local fishery, as they increasingly take to the boats as harvesters. 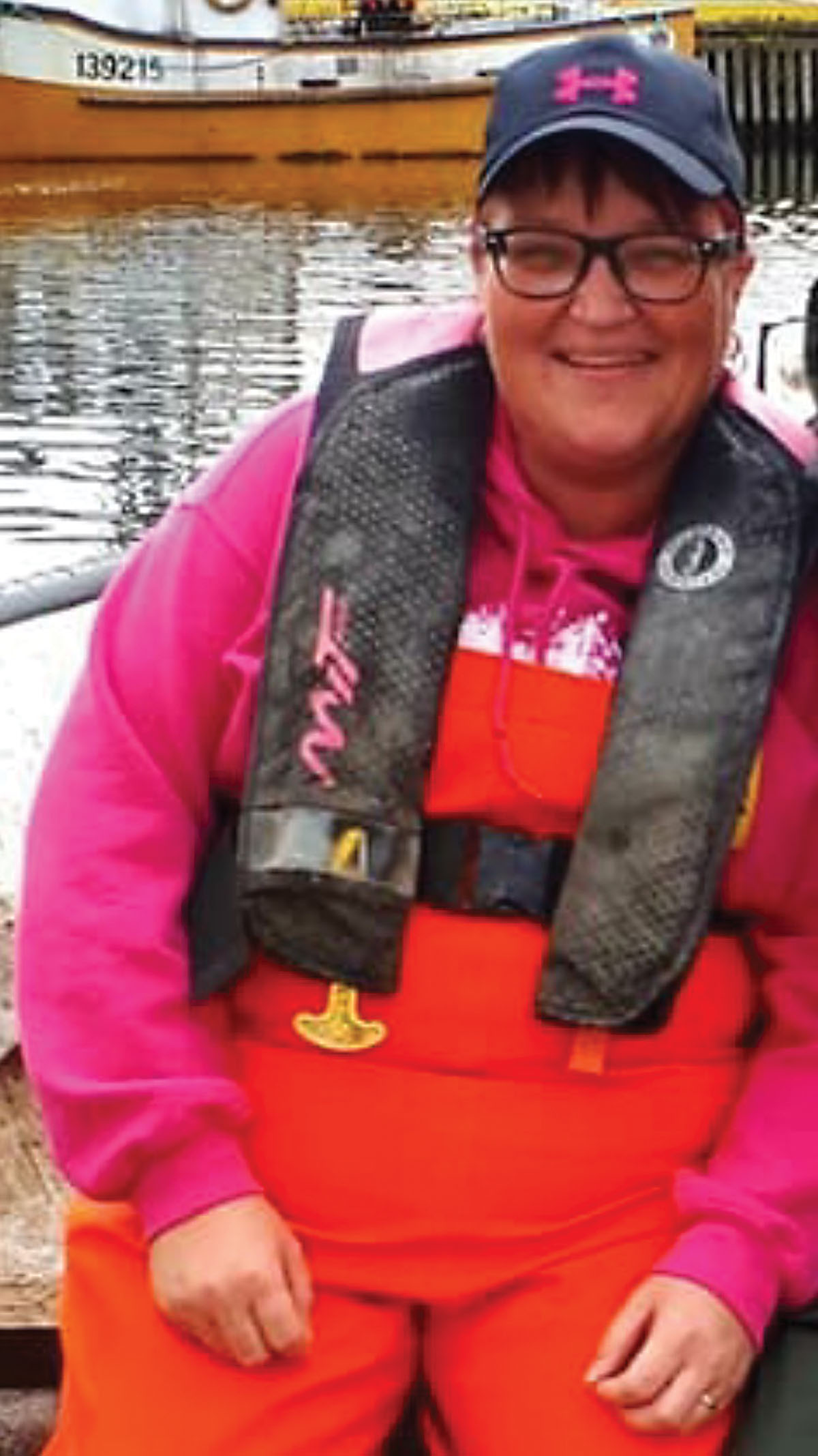 Try catching up with Tammy Elliott, a commercial fish harvester from Gambo. On any given morning, she might be heading to Victoria to pick up lobster bait or mending gear. Another day, she’s  “gone at the crab” or cutting logs to build lobster pots  - whatever it takes to keep in the game of fishing.
The 39-year-old fishes out of Happy Adventure with her husband, Jason, 42, and another male crewmate on the Brandon and Victor Adventure. The young couple decided that Tammy going on the water would afford flex time to be with their son, Brandon, who has special needs.
Fishing for close to five years now, Tammy is working towards her Fishing Masters Fourth Class, with the hopes of buying her own licence. With her crewmates, she catches lobster (as part of DFO’s Lobster Tagging program), crab and sometimes cod. “Can I do what a man does? Not quite! But I will try,” she says with a laugh. She also admits, “It’s hard work and I ache at the end of the day, but it’s rewarding.”
Over two years ago, the Elliotts lost their four-year-old boat just minutes from the wharf at Happy Adventure. All five crewmembers were safe, but it brought back memories - 10 years previously, Jason’s dad had died suddenly aboard a boat. Plus, as Tammy describes, “My husband’s dream sunk right in front of our eyes. It was a big blow as everything went topsy-turvy for a while.”
With a renewed fishing spirit, the couple was soon back on the water. Yet, Tammy has serious concerns about the inshore fishery, including that “the fish harvester is a dying breed.” Nonetheless, she is optimistic. “I’d love to be able to do more to keep our livelihood alive and show women are alive and visible in today’s fishery. It gives you pride to do what our ancestors did for hundreds of years…”
Tammy is keen to see more women fish. “I like the idea of promoting women in boats. I really don’t think there’s enough recognition,” she says, “and it gives you a warm feeling when women and the fishery are being recognized.”
Recently Tammy shared a beautiful sunrise photo on social media, and captioned it, “Just another day at the office! Now, how many people can watch the sunrise at their work?” She reveals to Downhome that when she’s on the water, “the rest of the world doesn’t matter. It makes all troubles fall away… I can see why my husband loves to fish. It’s not just a job…” 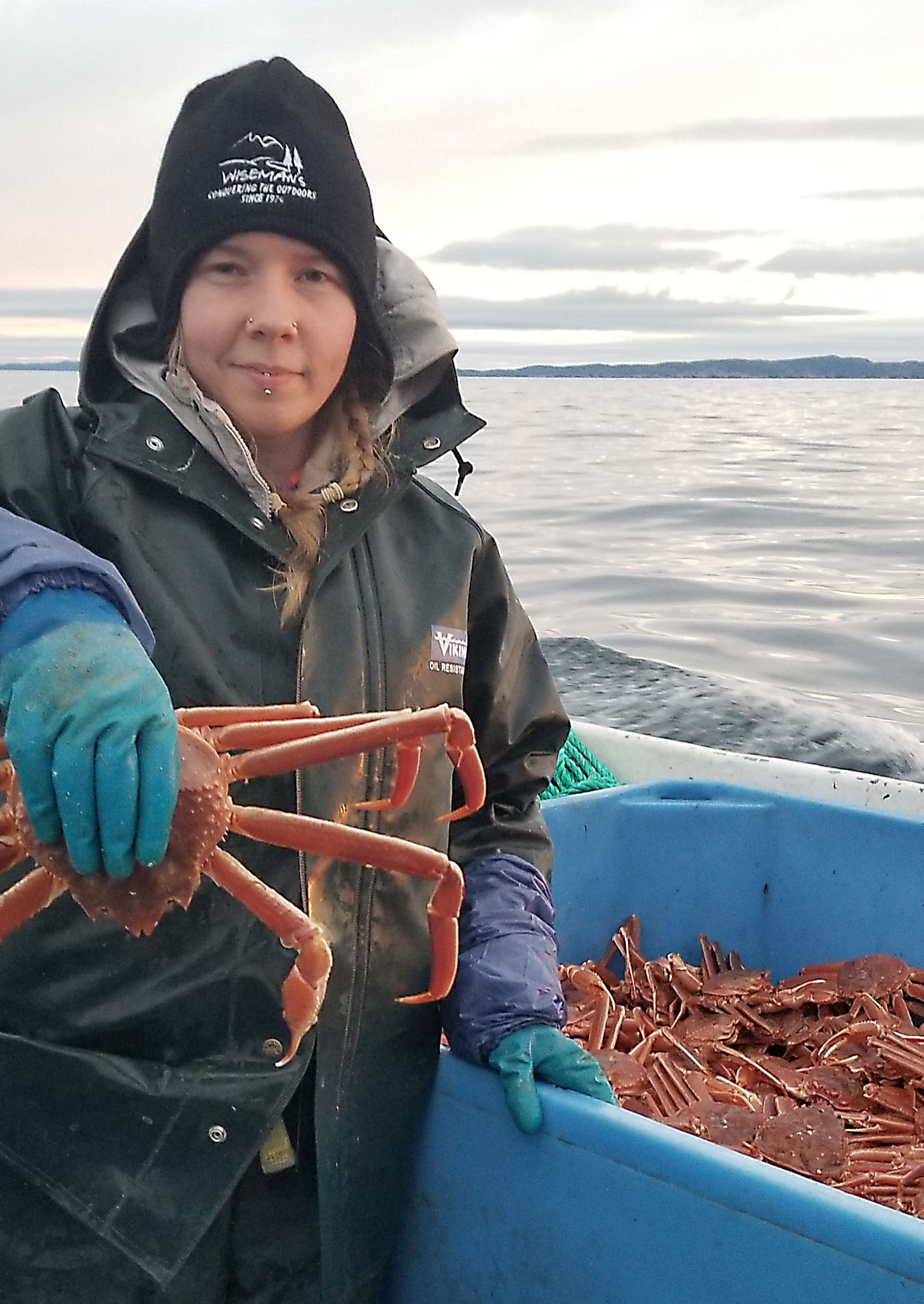 During the summer break from her university studies, Jasmine Paul is fishing out of Arnold’s Cove with her parents, Kathy and Andre, who own a fishing enterprise. The 31-year-old admits it’s her “first season going at it,” but she envisions that someday she will take over the business when her parents retire.
As a young girl, Jasmine was often out in the boat with her mom and dad, hauling nets or jigging, so it was a natural fit to accept her parents’ offer to join the boat this year. Now armed with her apprentice licence, Jasmine finds the work rewarding. She recently tweeted a photo with her mom in their green fishing gear, proudly exclaiming, “Me and my momma! Two tough gals who love the open water, salt air and good, hard work.”
Challenging a male-dominated stereotype runs in Jasmine’s genes. Her mother, Kathy, has been fishing since the 1990s. She describes how, as a woman and a mother, her work affected her: “I remember years ago, when my girls were small, I would feel guilty about leaving them with their grandparents. I guess it is no different than any other profession.”
Working alongside her daughter in the boat as they fished for crab this past season was an “awesome” experience, says Kathy. “She did an amazing job... She went above and beyond what was asked of her. Having her by my side makes me very proud. Jasmine can do anything she puts her mind to.”
Kathy admits that she would not have been able to go fishing if it weren’t for her mother and mother-in-law (and sometimes her father), who took care of her children and home while she was at sea.
Jasmine credits a supportive network of people, including fishermen on Twitter and her own parents (and her nans) for her foray into the fishing field. “Anyone can take on this work - you just got to have the patience, work hard, and have a supportive network and mentors.”
She adds, “I think a lot of women want to go fishing, but why aren’t they in boats? There are a lot of barriers… Is it child care? Whatever it is, we need to advocate harder for removing those barriers.”
Fish harvesting is not Jasmine’s only foray into non-traditional trades for women. This past winter she joined a boat-building course at Memorial University, offered by Jerome Canning of the Wooden Boat Museum. Being social media savvy, she even penned a blog about it (buildinganfldpunt.home.blog). Jasmine is also working towards a folklore degree and runs a textile business. She is on her way to becoming a Jill-of-all-trades. 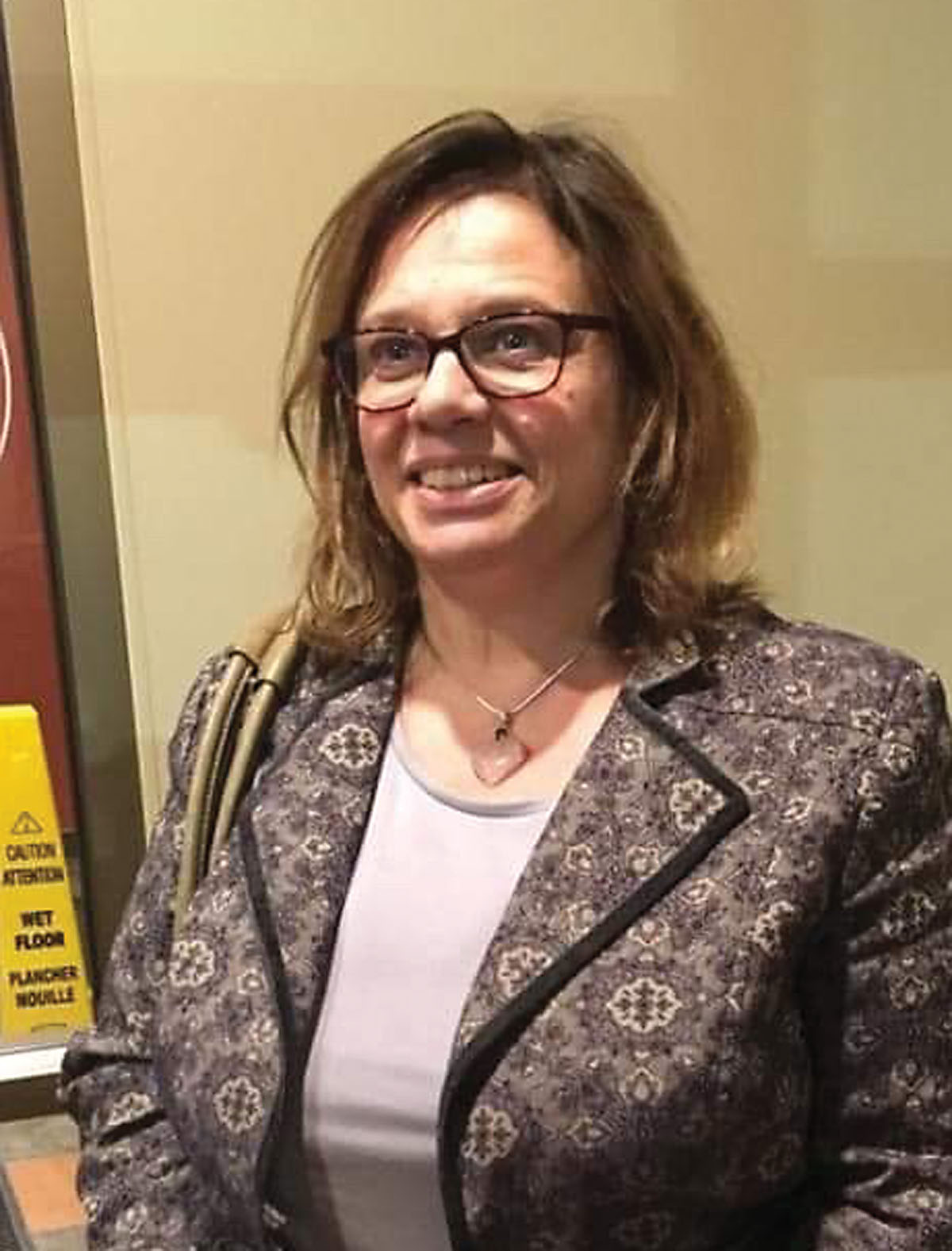 Finding love on land led to Joanne Stirling’s new career on the water. Her sales career took an unexpected turn when she met her partner, Bernard. The Portugal Cove-St. Philip’s resident moved to Baine Harbour on the Burin Peninsula and joined him on his fishing boat.
She admits to loving her new job catching and selling crab, especially the “peace and quiet” of the simple life, she says. “It is rewarding to see happy customers with fresh seafood and, at the same time, promote our culture, work outdoors and stay fit.” And she’s able to continue her painting on the side.
A seafood lover, Joanne considers herself lucky to now have it at her fingertips. This harvester hopes to use her industrial sales background to set up international contracts to sell top-grade and never-frozen Newfoundland fish. The couple plans to soon start a cod ranch at an aquaculture site in Placentia Bay.
Joanne says her life has changed for the better with her new career as a fish harvester �" “all because I fell in love with a fisherman!”

Females and Fishing for Success

One group empowering young women to join commercial fisheries is Fishing for Success, a non-profit in Petty Harbour formed in 2014.
Board member and Fishing for Success founder, Kimberly Orren, weighs in on women in boats. “No one is addressing the huge issue of career development in the fishery and its gender imbalance,” she says.  “We need targeted outreach programs, policies and funding to engage girls and women, like they do with tech.”
To help address this concern, Kimberly’s organization nurtures a popular “Girls Who Fish” program, which bonds youth, women and new Canadians with the ocean and the fishery. It also encourages females of all ages to reach for outdoor independence.
Kimberly, who possesses her Fishing Masters Fourth Class, reminds
us that only two per cent of the province’s population fish and only 23 per cent of them are women. She says more needs to be done to address barriers, including getting enough sea time and appropriate gender gear.
“How is our story going to continue? We have to make fishing more accessible and inclusive as possible,” she says, ultimately suggesting “it will take vision, strategy and policies of the decision-makers �" including fishery unions, PFHCB [Professional Fish Harvesters Certification Board], MI [Marine Institute], government departments and the Women’s Policy Office �" to ensure women get into this male-dominated space.”
She adds, “It is vital that women’s voices are heard and that their concerns are validated. Diversity in leadership in any level of governance [political, corporate etc.] creates more dynamic solutions and sustainable systems. Women must be at the table.”