How To Grow Perennial Herbs 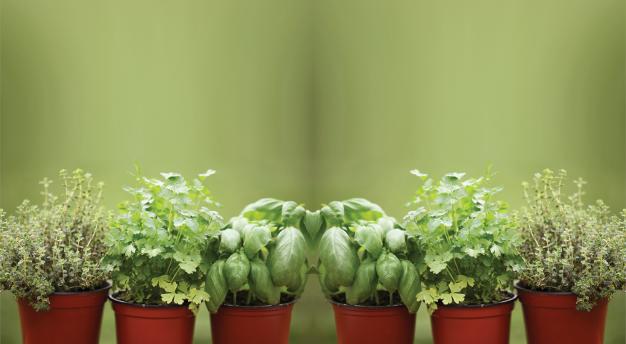 A Garden To Savour

Many recipes call for fresh herbs rather than the dried product because of the superior flavour they add to the food. If you’re a home cook, you could greatly benefit from a herb garden.
Many herb plants are easy to grow at home and don’t take up much space because large quantities are not required. In our climate, herb plants are either annual (live for one year), biannual (live for two years) or perennial (live for many years). Some perennial herbs, like rosemary, are not completely winter hardy, so they have to be taken inside in a container during the winter. Most perennial herbs can be dried or frozen when harvested, to be enjoyed all winter. The big advantage of growing peren-nial herbs is that once they are established they need minimum care. And you needn’t spend extra money on new plants as many types can be divided to produce new plants and some can be grown from cuttings.

When you start out with new herb plants, make sure you know if they are annual, perennial or biannual. Choose a garden location close to your house, within easy reach when you are cooking. Most perennial herbs require a sunny location to do their best. New soil should be improved with organic matter, lime and a general-purpose fertilizer mixed completely with the soil to a depth of at least one foot.
As perennial herbs are going to be growing in the same area for many years, it is best to keep them together in a separate bed so you don’t have to be digging around them to set other plants. Some perennial herbs, like mint and thyme, need to be kept contained to prevent crowding out other plants. The bed system also enables you to easily apply mulch and protect them during the winter. Water the plants when the soil is dry; deep watering is essential to produce healthy growth during the summer.
An application of a general-purpose fertilizer in the spring is usually sufficient for perennial herbs. Do not fertilize in the fall because this may affect the ability of the plants to overwinter. Chemical sprays should not be used because the plants are being consumed throughout the growing season. On the rare occasion when there is a problem with insects, they can be picked off by hand. Any diseased plants should be removed completely from the growing bed.

Here are some of the popular perennial herbs that can be grown in our climate: 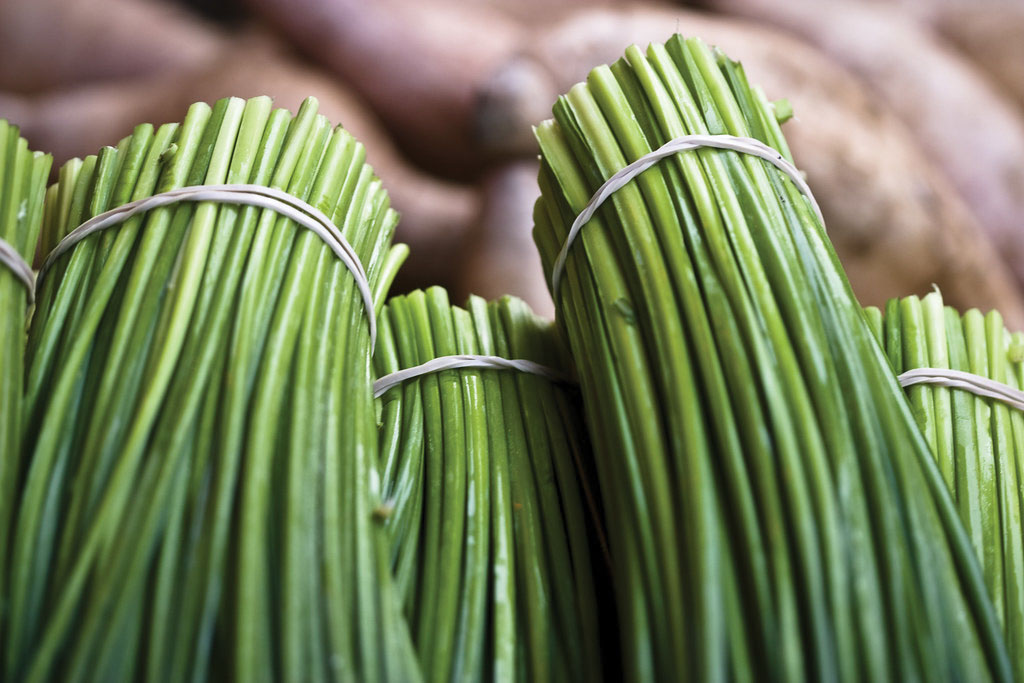 The long slender green leaves of the chive, with its purple flower that appears later in the season, is probably the most recognized and popular perennial herb that has been grown in Newfoundland and Labrador for hundreds of years. This plant in the onion family sends up new leaves each spring just in time to flavour a traditional Newfoundland fish stew. In the old days when onions were in short supply in the spring, chives were a welcome treat to flavour many dishes.
Chives can be started from seed, and once they are established can be divided in clumps. They have a small onion-like bulb that enables them to be easily transplanted anytime during the growing season. The leaves die back during the winter, but you can still get fresh chives by potting up a clump to bring inside during the winter. Chives lose their flavour when they are dried, but they can be chopped and frozen in water to keep their flavour. 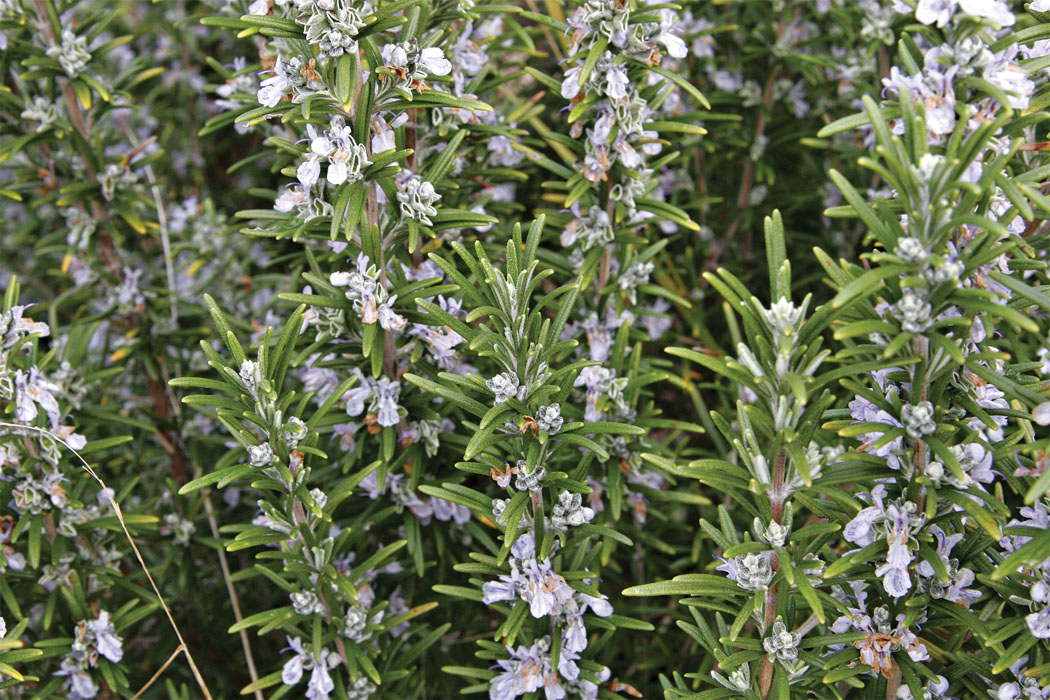 The fragrant rosemary is a tender, perennial, woody shrub that is native to the Mediterranean region. In our climate, rosemary is best grown in a container and overwintered inside as a houseplant. In the summer it can be taken out of the container and planted in the garden for easy watering.
Its pine-like needles release a pungent aroma when crushed or cut. It is used to flavour a variety of dishes including breads and biscuits. It is a popular herb for flavouring roasted lamb. Rosemary can also be added to the bath for a refreshing soak. It can be dried for use during the winter.

Thyme
Culinary thyme grows like a small shrub with tiny aromatic leaves and small spikes of purple flowers. The plant will grow for many years and is easy to propagate from cuttings. It is best to buy plants that are already established. It grows best in a sunny area and can be used as a ground cover by a path. It needs clipping back every spring to encourage new growth.
Thyme is used to flavour meat, soups, stews and other dishes. It can be used fresh or dried. Cut the sprigs to dry just before flowering because this is when it has the best flavour. When the leaves are dry, rub them from the stems and store in an airtight container. 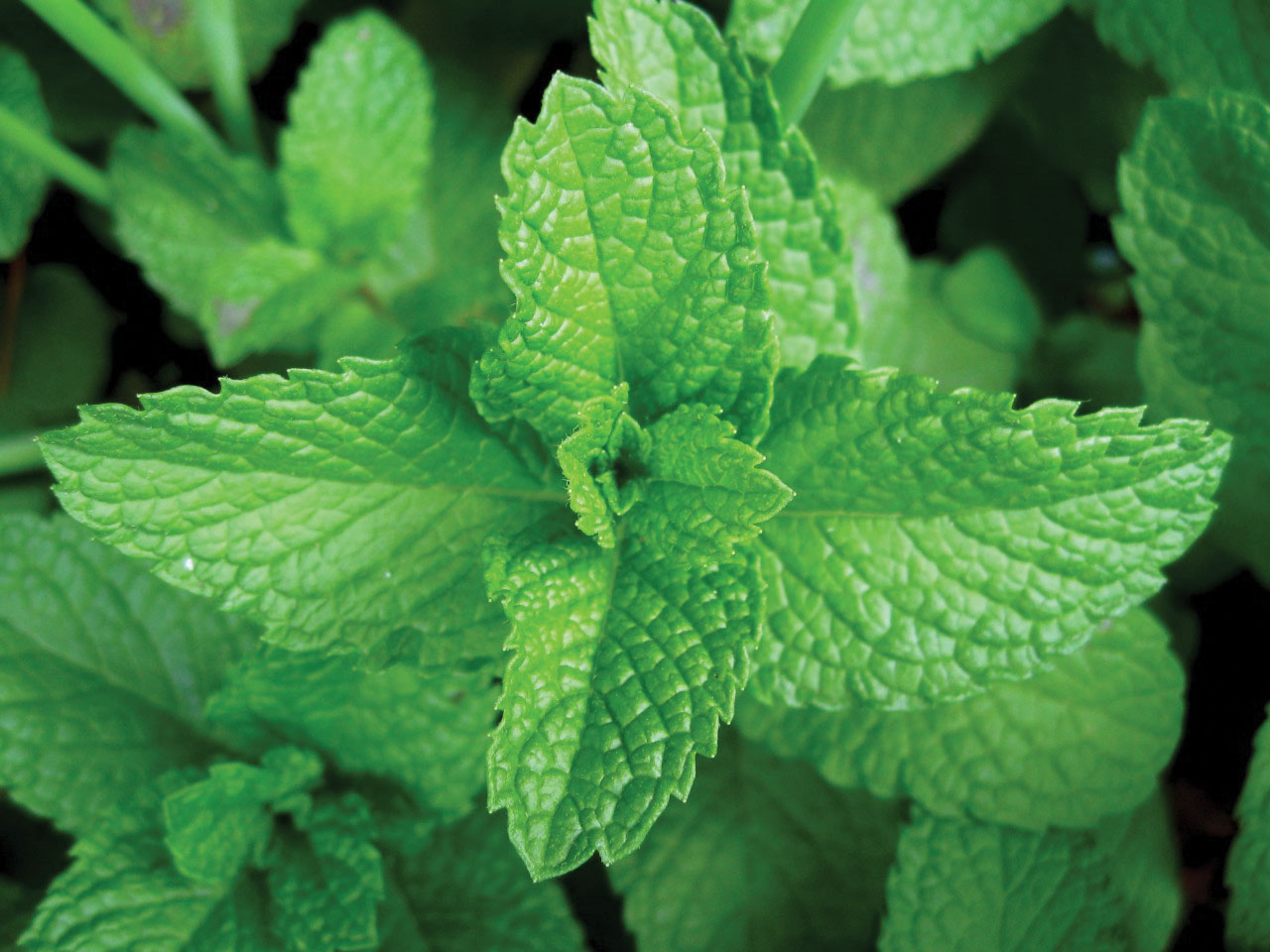 Mint grows wild in wet areas in some places in this province. This plant can be invasive, so you need to take steps to contain it in one area. This can be done by planting it in a large bottomless bucket or barrel sunk into the ground. If you have a wet area on the property, mint will make an excellent ground cover as well as provide leaves for culinary use.
The fresh leaves make refreshing drinks, like the famous rum-based Cuban mojito. Mint sauce or jelly is always popular with food like lamb or peas. The stalks with the leaves can be hung and dried for winter use. Mint does not lose its flavour when it is dried.

Oregano
There is a variety of oregano called “Hot and Spicy” that has a superior flavour and overwinters fairly well if mulched with a coarse material like straw. Oregano keeps its flavour very well when it is dried. It is commonly used with tomato dishes and in Mediterranean-style cooking.
Oregano plants can be propagated by division in the spring. New plants can be also started by cuttings or when the stems root where they touch the soil. You need to prune it back several times during the growing season.

French Tarragon
True French tarragon is not well known or used in this province, but it is popular with people of French descent. It has sort of a licorice flavour and is used in vinegars, fish dishes, poultry and vegetables. Tarragon chicken is a very popular dish in France.
French tarragon cannot be grown from seed, so you have to buy the plants already established or grow them from cuttings of an existing plant. Make sure that it is the true French tarragon because other varieties do not have the same flavour. French tarragon has no flavour if it is dried, so it has to be used fresh. When it is cut fresh it will last for several weeks in the refrigerator wrapped in damp paper towels.