James Haley makes furniture the old-fashioned way - one piece at a time, using mostly hand tools and held together with traditional joinery techniques instead of screws or dowels. His aesthetic leans toward unadorned and modern, but he doesn’t concern himself with adhering to a specific style. He instead lets the principles of good design - attention to proportion, scale, function - guide the look of a piece.
“I just want it to be simple, but really well made,” he says.
He’s talking about designing a piece free from excessive ornamentation that embraces the Shaker ethos of simplicity, paired with the workmanship exhibited by 19th-century furniture makers. Working primarily with hand tools is a deliberate choice for James, in part because his small shop has no room for large power tools, but mostly because he enjoys the process of creating with hand tools and the challenge of mastering those skills. 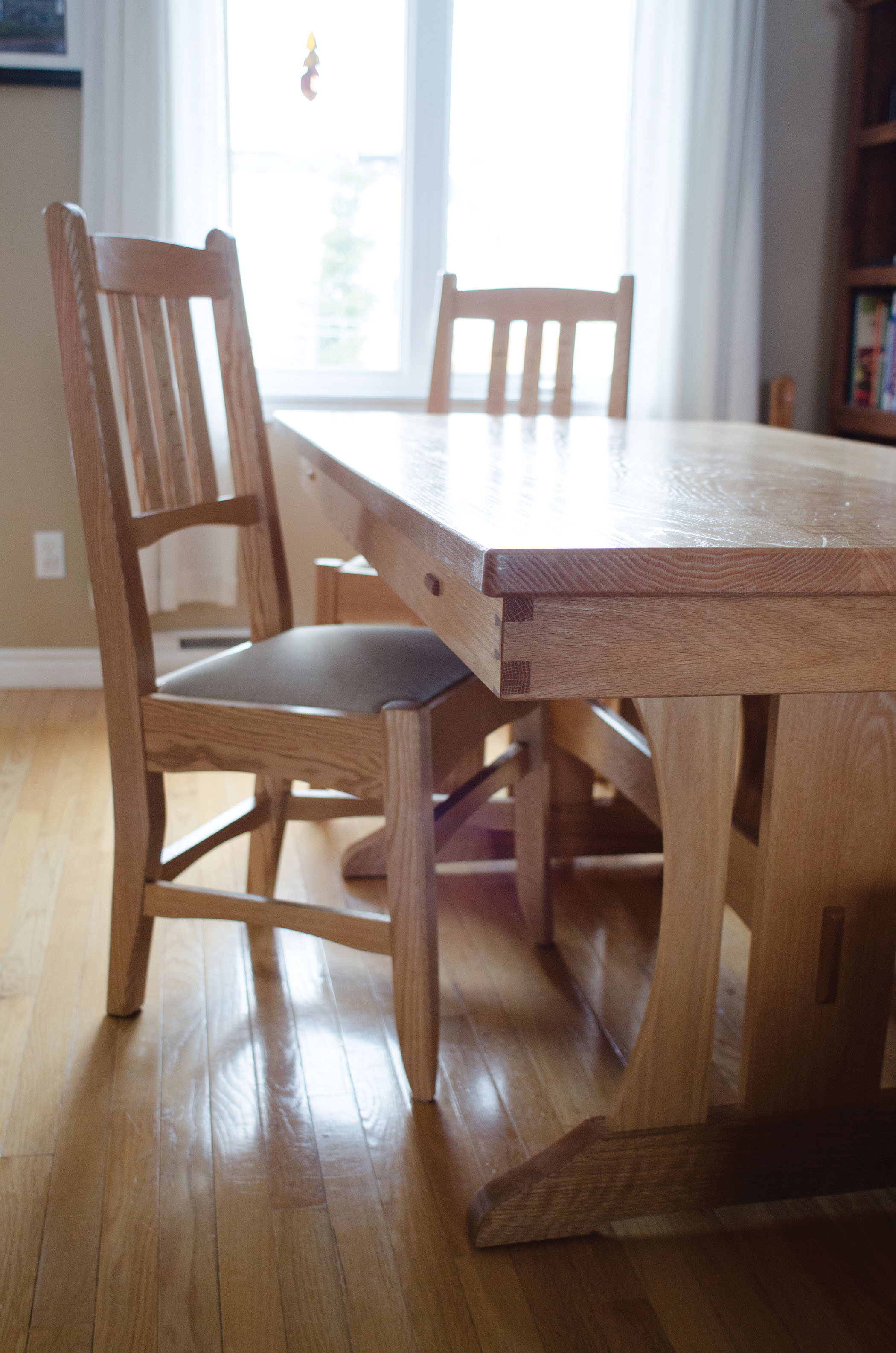 Simple doesn’t mean easy, though. Take, for instance, his walnut stools. Each stool has 20 pieces of wood, with mortise and tenon joints holding it all together. “The way I build things, it’s [for] generations - it’s going to last forever,” says James.
Each piece, although built for the ages, is designed to solve a problem experienced now. James can design and build a piece to suit the unique needs of the person commissioning it. James tells the story of a client who needed a chair to fit under an unconventionally proportioned desk. He met with the person, measured the space, then designed and built a piece that fit the dimensions and style required.
“Every piece of furniture I’m doing is 100 per cent custom,” he says.  After that initial consultation to determine what a person wants and needs from their new piece of furniture, James sketches his ideas before drawing the final design on graph paper to illustrate key points of the design ideas he has in his head. For James, the creation process is fluid. He views the initial drawing as a guideline and will make adjustments along the way to create the piece he initially envisioned in his mind’s eye.