Blast From The Past - The Ford Pinto 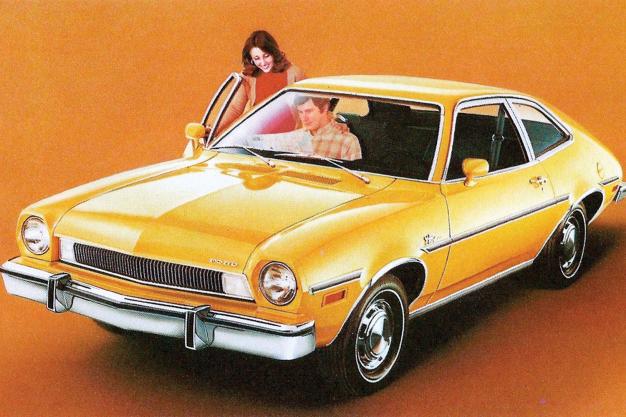 Remember the Ford Pinto?
The Pinto Runabout, first released in 1970, was Ford’s first hatchback, but not the first hatchback ever. That distinction goes to the Citroën Traction Avant Commerciale, released in 1938. In an
attempt to appeal to a wide variety of car buyers, the Pinto was available in sedan and wagon versions, in addition to the hatchback.
By the time the 1970s arrived, compact cars from Volkswagen, Toyota, Datsun and others were gaining market share. Ford wanted in on this action, and in 1967 or 1968 (accounts vary) got to work on designing their own compact car. It would weigh no more than 2,000 pounds, would cost $2,000 and would be ready in two years, decreed Ford head Lee Iacocca. At the time, cars normally took about four years to develop. The compact timeline led to outsize troubles for the compact car - mainly the nasty tendency for the gas tank to rupture when the car was rear-ended. Although this earned the Pinto a reputation for being a fiery deathbox, the car was later proven to be no more dangerous than other cars of its time. But it was too late. News stories horribly exaggerated the death toll of 27, placing it in the hundreds or thousands, helping cement the car’s dangerous reputation. The car’s reputation and safety record eventually caught up with Ford, who recalled 1971-77 model years in 1977, and discontinued the car in 1980.
Today, there are still Pintos on the road and dedicated fan clubs of owners who still proudly drive the little ‘70s car with the wrongly earned dangerous reputation.