The Shops - And Bands - of Southside Road 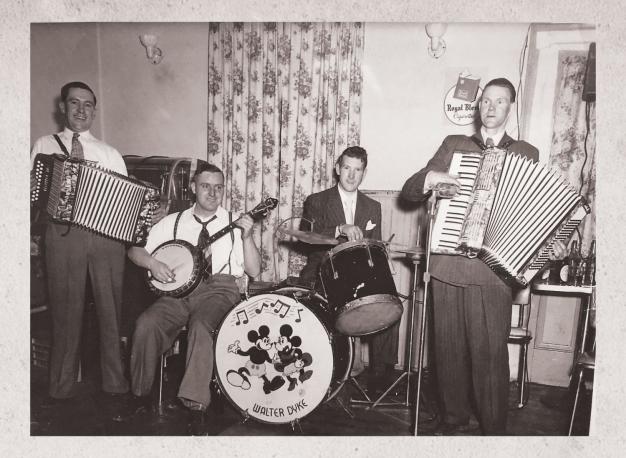 A look back at neighbourhood shops and the people inside them

On Southside Road, just east of Blackhead Road, Alice Dyke ran a convenience store in the 1960s. The “Enjoy Pepsi: Dyke’s Confectionary” sign lit up the little St. John’s neighbourhood in the evenings.
Across the road from Alice’s store was the one that her mother, Jessie Baird, ran in the 1940s and ’50s. Alice’s father Jim worked at Gaden’s, just across the Waterford River from where they lived. He would put on a pair of long rubber boots every day and wade across the river as a shortcut to work. 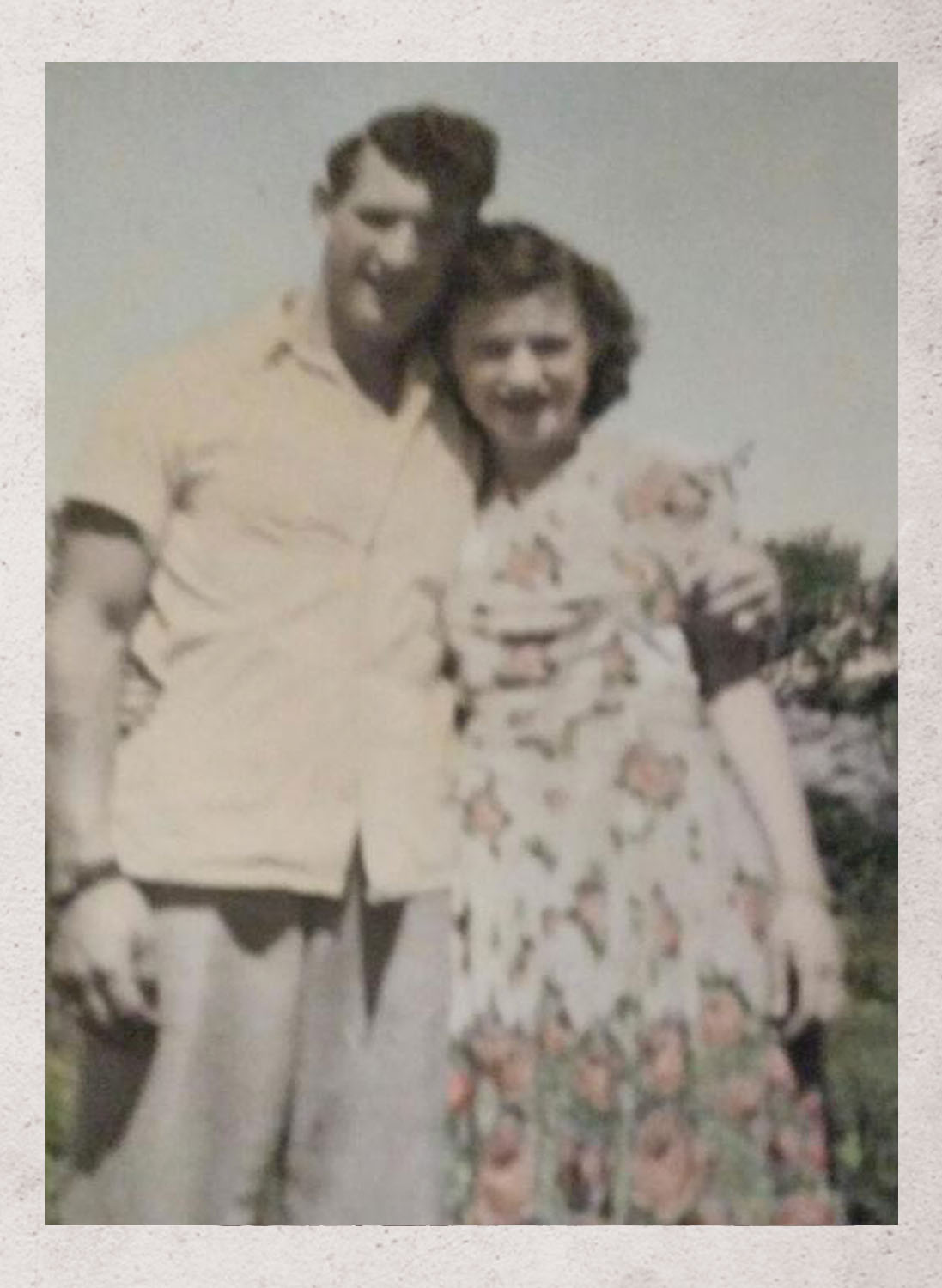 Baird’s General Store sold a variety of items, from fresh food to canned products, dry goods and even rabbits when they were in season. It was back in the time before refrigeration, when blocks of ice kept food cold. Most products though, such as salt meat and apples, were kept in wooden barrels. There was a
cowbell over the door that rang whenever a customer entered the store. The same cowbell would later find its place in Alice’s store.
At Baird’s General Store, customers could request cheese by the pound, sliced from a big wheel, then wrapped in paper and tied with string. Every night at closing time, wooden shutters were placed on the windows to protect against thieves and vandalism. The blackout shutters were also a requirement during the war. Eventually the store succumbed to the expansion of the Canadian National Railway, when the company purchased all the houses on that side of the road.
Dyke’s Confectionary was a family affair. All five children (John, Bev, Bob, Wally and Jimmy) tended the store, depending on their school and after school schedules. As the only daughter, Bev attracted some of the lads from the area. Young fellas by the name of Corbett, Crocker, Ryan, Guest - even Reddy, all the way from Craigmillar Avenue - made a point to frequent the store.
Alice’s husband, Walter (Wally), worked at the Bennett Brewing Company. He also played the drums in various bands. One of his first groups was The Killarney Band; however, most of his music career was spent in The Johnny Francis Orchestra. They played for weddings, garden parties and service organizations such as the Knights of Columbus. They even entertained the Americans at the Fort Pepperrell Base. His band would often play on a Friday or Saturday night at Alice’s mother’s store, where they would make room for the live music and a dance.
Alice’s store was more of a gathering place, or “hangout” as it was called then. Friday and Saturday nights were the busiest. It was the “go to” place where one would enjoy a Pepsi and a cigarette sneaked under the counter, while listening to the most popular songs on the radio. It even had a small round table with three chairs (the same table and chairs that had been in Alice’s mother’s store), as well as a one-foot ledge along the wall where young folks would sit.
Ten-ounce soft drinks, sold for 10 cents each, were kept in an electric cooler half full of cold water. Potato chips were five cents a bag and, from time to time, Scotties Potato Chips ran promotions where one could cut the star off the bag and collect these stars to redeem for gifts.
Ice cream was seven and 10 cents a cone, vanilla being the most popular flavour. Raisin and apricot squares sold for six cents each, as well as crinkles. Cigarettes were 38 cents a package or loose at two cents each, three for five cents. Red Rose Tea was a big seller; one could collect tea cards from each package. The store also sold butter, beans, spaghetti, potted meat and corned beef, as well as Klick and Kam. Sheriff Jell-O was popular, and you could collect NHL hockey coins in each box. There were only six teams back in the day and everyone knew their team stats, player names and game schedules. Bologna and cheese were sold by the pound. And you could buy non-alcoholic Haig Ale, produced by the Bennett Brewing Company.
On slow days, Alice would get her sons to take a wooden Pepsi case of assorted drinks, along with bars, apple flips and raisin squares, to the railway yard to sell to the workers. Timing was always key, and she knew when the men would take their morning and afternoon breaks. She would say, “Do not come back until everything is sold.”
Back in the day, there were no plastic credit or debit cards, so everything was paid for in cash. However, there was a line of credit in the form of a scribbler and pencil. It was maintained by a customer’s family name, with an entry for each trans-action. The account was squared off on Fridays because that’s when the head of the household (mostly men) were paid.
One well-known patron was a gentleman named Cyril “Dickie” Turner, who spent every day and night at the store. He would help the deliverymen with their products and serve as a security guard. He called Alice “Big Al Dyke.” Alice thought the world of Cyril and the Turner family.
Annual customers, such as the Portuguese fishing fleet sailors, would visit the store and purchase numerous bottles of Orange Crush. Thomas Amusements workers also frequented the store when they brought the fair to town.
Alice’s Confectionary closed its doors in the early 1970s, as the children got older and the family wanted to spend more time at their cabin on the Witless Bay Line.
It was a true neighbourhood store, a community within itself. Before supermarkets, malls, shopping centres and big box stores, the general store fulfilled a basic need of not only supplying food to various families, but also the social need to keep family and friends together.