On Set With NL-Filmed TV Show Hudson and Rex 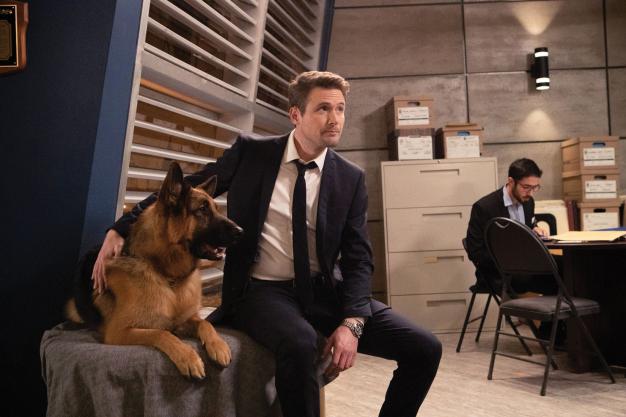 Ready, Set, Rex: Chatting with the cast of “Hudson & Rex”

From the rugged cliffs of Newfoundland’s shores to iconic St. John’s monuments to the backdrop of familiar buildings: Citytv’s latest show, “Hudson & Rex,” will be instantly familiar with viewers in Newfoundland and Labrador. Well into its first season by now, this show started filming in St. John’s back in October and the first episode premiered on March 25. In between takes, Downhome was able to chat with the stars of the show about filming in the city. 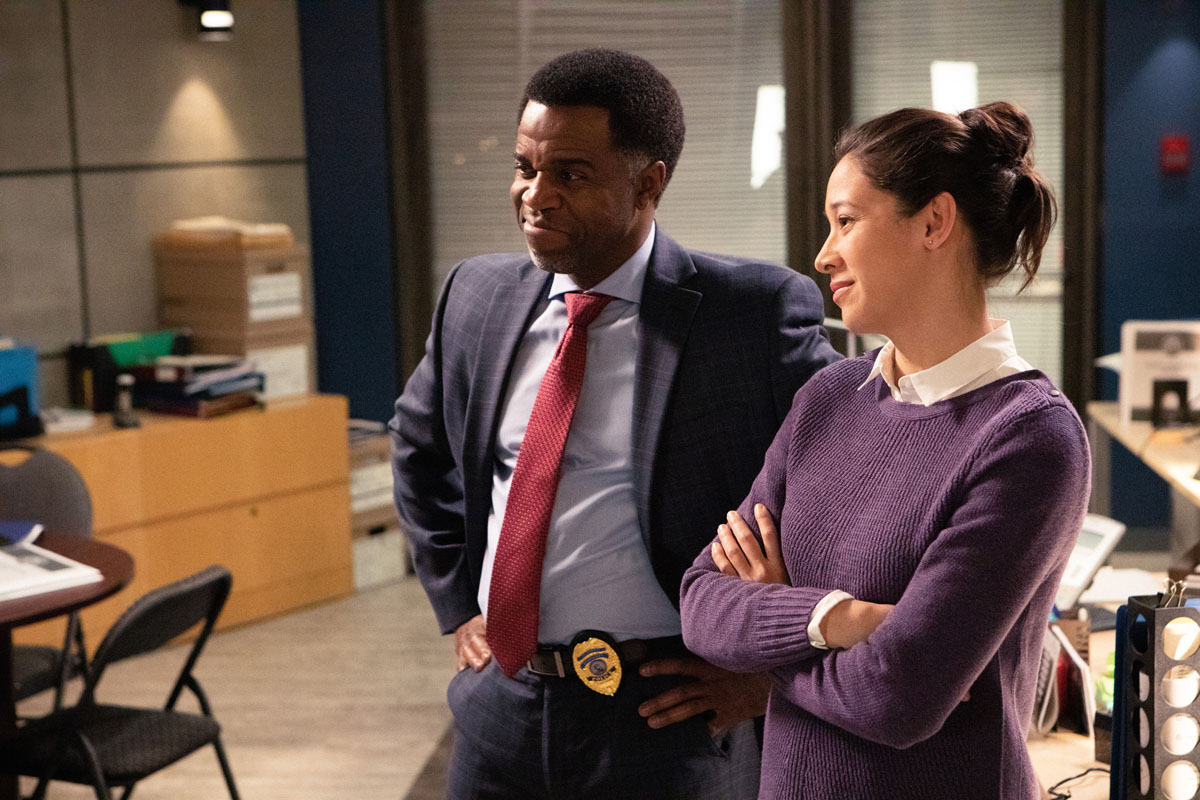 “It’s very much like a team on the show, a team effort in terms of the crime solving. So we all have these individual roles,” explains Mayko.

John Reardon, who plays the titular Detective Charlie Hudson, is originally from Halifax, Nova Scotia. And after filming in NL for a few months, John says, “I actually feel very at home here, it feels very familiar. I have a lot of friends back home who are from St. John’s. And ironically, I’d never been to St. John’s before.”

Coming to NL to film “Hudson & Rex” was also Justin Kelly’s first time here. As an actor, “it’s sort of a luxury that we have is being able to travel through our job,” Justin says. They’ve been in NL for months now, and “there comes to a point where you start to feel less like a tourist and more just like a local. And it’s such a great town. I love it here.” He’s taken a liking to Quidi Vidi and when his fiancée visited him, they drove out to Petty Harbour and ate at Chafe’s Landing (“the fish and chips were to die for”).

On the other hand, Mayko Nguyen and Kevin Hanchard have both been to NL for work before. They both had roles on “Republic of Doyle” and Mayko was also here to film a part of the 2004 film Going the Distance.

Kevin recalls using his free time to explore the city and fell in love with the sights. “And I went back home and told my wife and kids, ‘You know, if we get a chance, we gotta get out there.’” Now he’s back in St. John’s as a part of “Hudson & Rex” as Superintendent Joseph Donovan, a character he described as a man in charge who rules with an iron fist and still has a heart. “He has a deft touch about him, but there’s times when he really has to get people to knuckle down and is able to be a bit of a taskmaster and get things done. He believes in Rex,” Kevin explains. 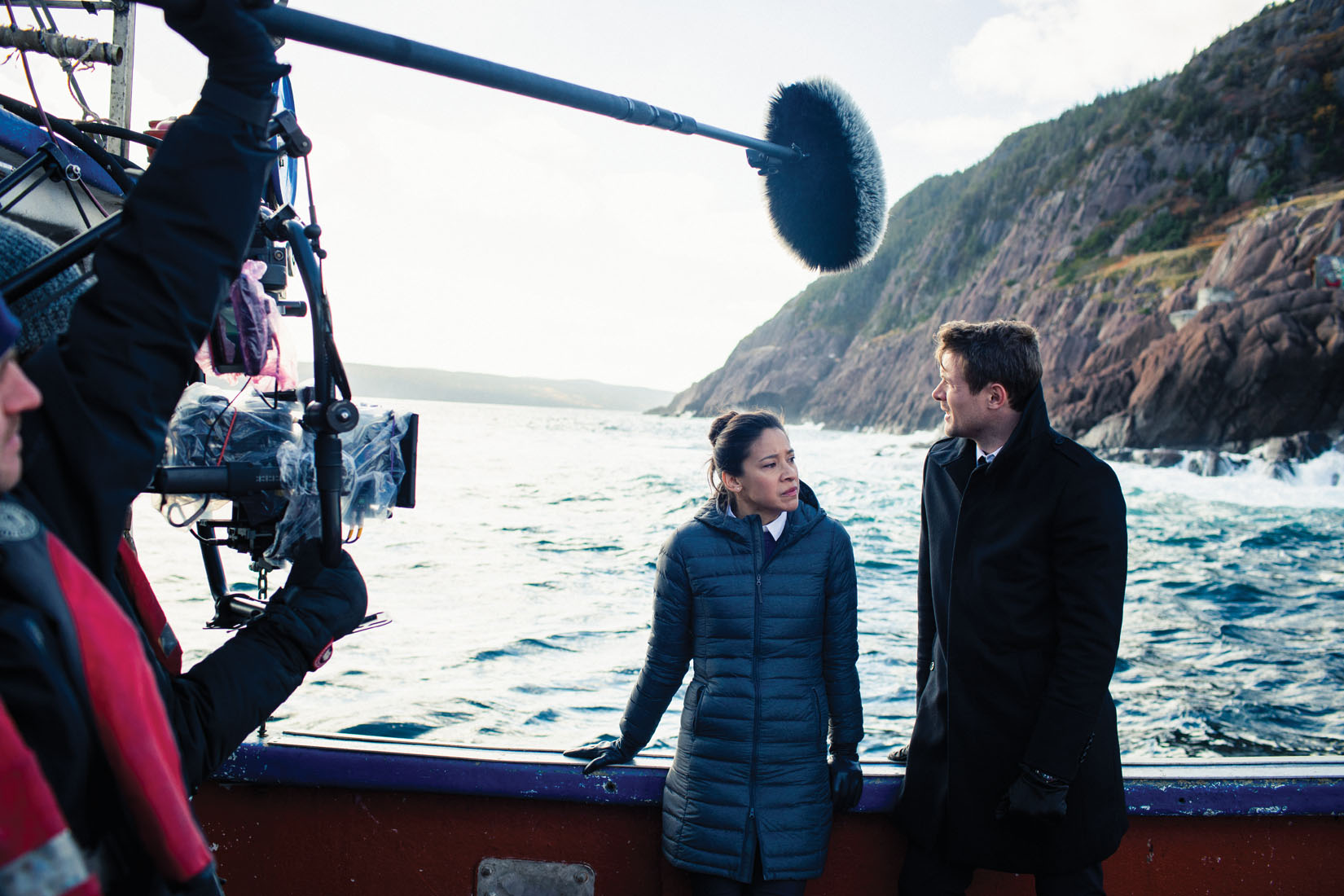 One of the biggest challenges for filming in NL has been the weather. The crew started work in October, so they’ve been working through a St. John’s winter. While they do plenty of interior shooting in the studio and at other (warmer) locations, they do have to venture outdoors. Mayko, who plays chief of forensics Dr. Sarah Truong, recalls an early morning filming at Rotary Park in the wind and cold. A girl beside her turned to Mayko and asked if her nose was running because she couldn’t feel her own face.

To deal with the weather conditions, steps have been taken. For instance, while walking indoors at the studio, John was sporting big rubber boots to deal with the snow and ensuing slush of an NL winter that inevitably gets dragged inside, and Mayko had to invest in a thick winter coat.

“Hudson & Rex” takes place in St. John’s and viewers will be quick to notice familiar locations and landmarks, including the downtown National War Memorial and hiking trails around Signal Hill. “There’s something very immediate and gratifying about being able to recognize these places that have history,” Mayko says.

St. John’s isn’t acting as a stand-in for any other town, John says. “And I think that is gonna give the show a lot of character because the city is very unique, and I think that flavour of the city, you’ll see that in the show. I think you’ll see it with the landscapes, you’ll see the colourful houses downtown. And I’d never realized how much of Newfoundland is just these gorgeous cliffs along the ocean.”

It’s not just about showing off our home province to the world and offering a glimpse inside Canada’s most easterly province. It’s a look at our diverse communities, something that’s important to Kevin. It can also showcase a St. John’s people aren’t aware of. “There are communities of all stripes in this province, in this city. And we’re just gonna do our job ’cause it’s important to show that because especially in this country, especially in this world, especially in this time,” Kevin says, “we need to show these things on screen and reinforce those things, and get people out of that comfort zone and out of these places that are sort of really myopic in their views. Hopefully, we do a little bit of good.”

To read more about the Newfoundland and Labrador film and TV industry, check out this story