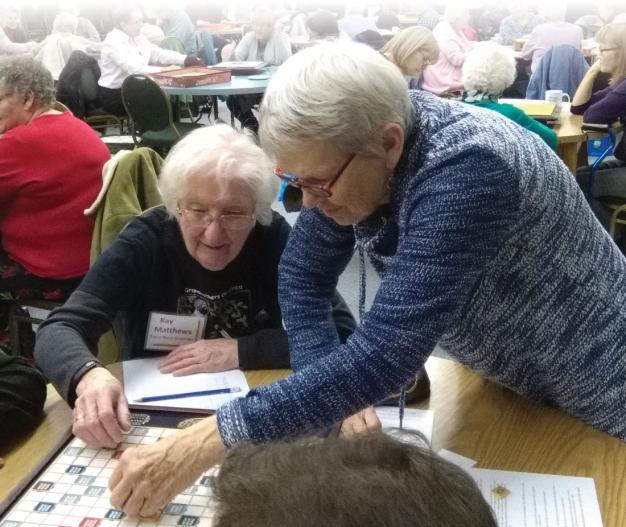 These seniors combine socializing with social advocacy, having fun while supporting a good cause

Like all the best meetings, the Terra Nova Grannies (TNG) begin their recent Scrabble fundraiser planning session with snacks, tea and coffee. And laughter, of course.
We’re in Kay Matthews’ cozy living room in St. John’s, NL. There’s an assortment of homemade oatmeal cookies, Nanaimo bars and chocolate treats placed on the coffee table, in easy-reaching distance from the “grannies” seated on comfortable sofas and chairs.
Kay, a retired nurse and nursing professor, leads the meeting. She has a formal agenda, and there’s a lot to accomplish in an hour, but you can tell this is a moti-vated bunch.
The Grannies are a group of 40-50 grandmothers and grand “others” in St. John’s who range in age from 60-94. Some have known each other for many years; they met as young mothers, founding the Children’s Centre, where their own children attended pre-school. The women bonded over a shared interest in advocacy, global issues and professional connections in health, nursing and the arts. As the Grannies they’ve been getting together since 2006, raising money and awareness for the Stephen Lewis Foundation’s Grandmothers to Grandmothers Campaign. There’s now a second granny group based on the west coast in Stephenville.
The Grandmothers to Grandmothers Campaign works with community-based organizations in Africa, helping grannies in countries hardest hit by HIV and AIDS - countries such as Botswana, Kenya, Uganda, the Democratic Republic of Congo, Tanzania and Malawi, to name a few. With very little support, African grandmothers are caring for and raising millions of children orphaned by AIDS, with sometimes as many as 10-15 children in one household.
So how did those grannies a world away get the attention of Kay and her wide circle of friends? During a visit in 2006 to see her daughter and grandchildren in Toronto, she met a “mainland” granny at a church event who told her all about the Stephen Lewis Foundation and its work with African grandmothers. A longtime advocate for children’s and women’s health, Kay couldn’t wait to tell her friends about it.
She shared what she’d learned of the project one evening at her “non-reading” book club (as she fondly calls it). Everyone loved it, and some already knew about the Foundation’s work. Immediately they established the Terra Nova Grannies.
For the first couple of years the Grannies didn’t hold events, instead donating $60 each per year to the Foundation. “We kept getting emails from the Foundation’s regional (office) about events run by other groups, and we were sort of shamed into doing our first walk,” Kay says with a laugh. “And that’s how we started.”
The Grannies still hold a yearly walk in June, but their fundraising efforts really took off with their first Scrabble fundraiser five years ago.  “We didn’t know how many [Scrabble] addicts we had [until then],” says Sharon Buehler, a retired professor in Memorial University’s Faculty of Medicine. “They’d like us to have Scrabble every month!” 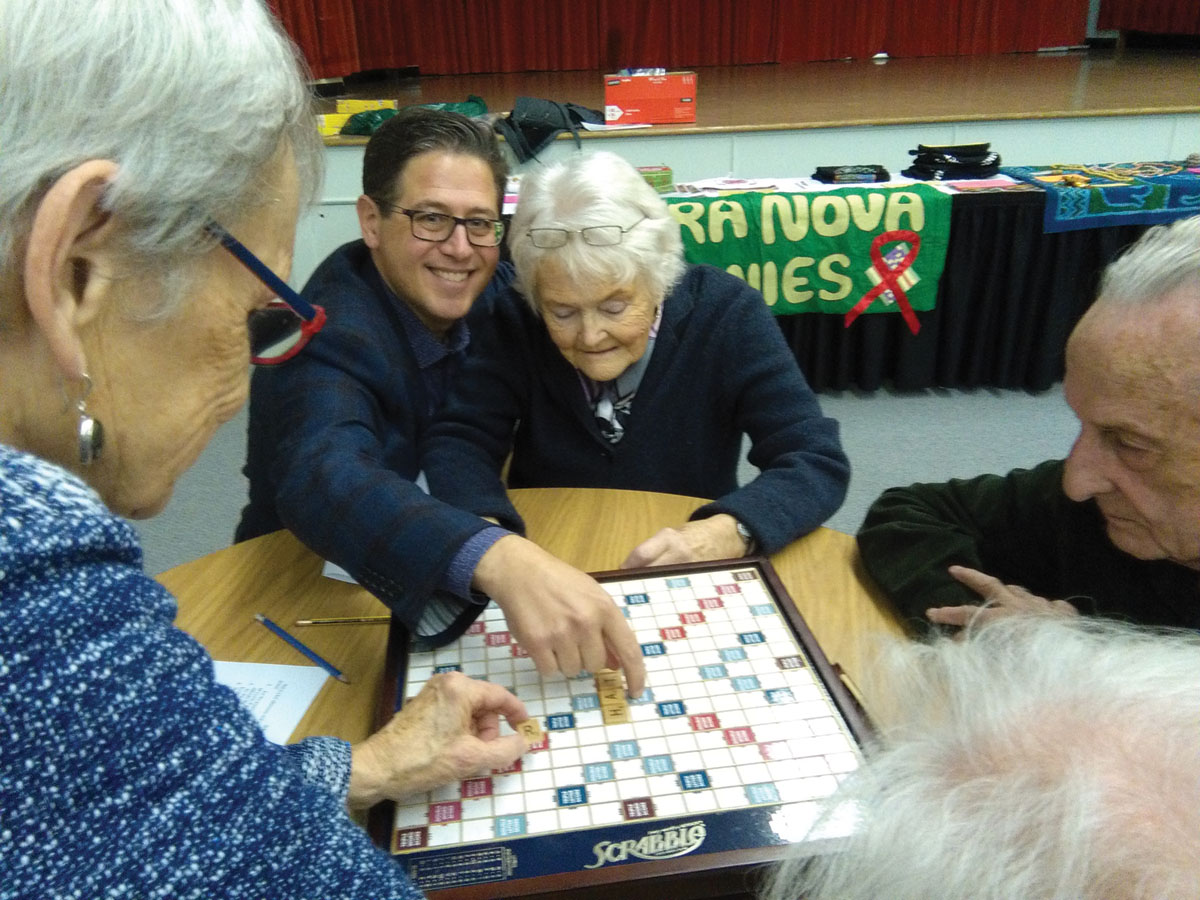 Their Tea and Scrabble for a Good Cause at the Lantern, where it’s still held in St. John’s, attracts as many as 100 Scrabble players, including local CBC personality Anthony Germain and Lorraine Michael of the NDP. The two became fierce, but friendly, competitors, and regular participants. In fact, Anthony regularly emcees the event and brings along some CBC swag for prizes and giveaways.
Scrabble players bring their own boards, and for a $15 admission fee get the chance to play their favourite game with old friends and new, while supporting a great cause. Tea, coffee, and homemade cakes, cookies and squares, provided by the Grannies, are included in the price of admission. A sales table and raffle help increase the amount of money raised, and Kay gets a chuckle from the Grannies when she admits, “We sort of try to encourage donations, even if people can’t come.”
This year’s big game takes place April 13, 2:00 to 4:00 p.m. at The Lantern (run by the Presentation Sisters of the Blessed Virgin Mary) on Barnes Road.
“The Presentation Sisters are great supporters of the TNG and have raised thousands of dollars for the Grandmothers program through their successful ‘Dare to Dine’ fundraisers,” says Sharon.
Each Scrabble event contributes about $2,000 to the Grandmothers to Grandmothers Campaign. With two Scrabble games per year, a walk and the proceeds from the fundraising dinner The Lantern holds every year, these Grannies estimate they’re sending about $10,000 annually to support the African grandmothers. They’ve raised well over $60,000 since their beginning at that “non-reading” book club 12 years ago.
“We raise the money, but the Foundation vets the projects and follows up to see how the projects are doing and what they’ve done,” says Frankie O’Neill, another of the original Grannies. “They never tell the [African] grannies what to do; it’s the grannies who tell the Foundation what they need.”
Over the years projects have covered counselling and education about HIV prevention, care and treatment; distribution of food, medication and other necessities; home-based health care; helping orphans and vulnerable children access education, all while supporting grandmothers caring for their orphaned grandchildren.
As orphaned children grow into teenagers and young adults, the Grandmothers program is evolving to focus on projects that help build stronger, more resilient communities, and support women and youth.
But the Terra Nova Grannies’ work to support the Stephen Lewis Foundation and the African grannies isn’t simply about raising funds and awareness; their regular meetings mean something more to these women.
“For me, being involved with such a collegial group of friends is great, and working together for a really good cause that we can all relate to keeps us involved and mentally and physically healthy,” says Kay.
Sharon agrees, adding, “Addressing social isolation is a key issue in aging well."