Mummers on the Mainland 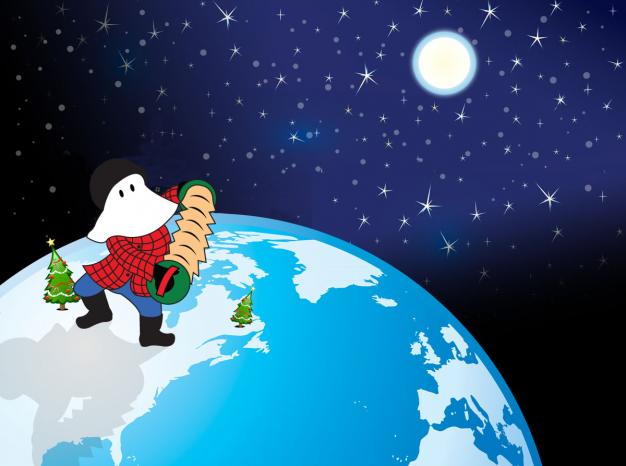 Wear a bikini top that resembles a bra to the beach in summer and no one will bat an eye. But put a bra on over your woods jacket and walk down the road in the middle of winter? You might get a chat with the police. That’s how it is when you’re a Newfoundlander living away and decide to give mummering a go on the mainland.

It’s a winter’s night in Sarnia, Ontario, and the holiday season is well underway. Somewhere, a table is missing a doily. It’s likely on one of the six people walking down the road, faces covered, undergarments worn as outerwear, looking ridiculous in a Halloween sort of way. But this is the Christmas season, a time when, in southern Ontario, people don’t generally dress in costume, unless it’s a red suit accompanied by a jolly laugh.

Mummers, you see, are so rare that most people on the mainland have never even heard of them, let alone seen one in person. But for a homesick Newfoundlander or Labradorian at Christmas looking to entertain fellow expats, going mummering seems like a great idea. So it was for Dawn Hennessey, who went out with five of her friends one year, looking for a good time and a bit of a laugh.

It don’t seem like Christmas without the mummers, and it don’t seem like winter without a bit of snow. This particular winter, in Sarnia, ON, there wasn’t enough snow to feel seasonal. The mummers, being a resourceful lot, knew exactly what to do. With a slight detour to the back of the local rink, they found the pile of ice shavings dumped by the Zamboni. Shaved ice is close enough to snow, sure? Inhaled affirmations of “yeh” all around.

There may not be snow on the ground, but it’s cold - way below zero - and the mummers, six of them in a car, heat off and freezing because they don’t want to melt their Zamboni “snow,” were followed home by the police that night, Dawn told us via Facebook. She doesn’t remember much of the night, she says, aside from breakdancing on somebody’s floor at one point, dressed as an old woman, and having a run-in with the law. “The police followed us home,” writes Dawn, “because they didn’t understand why we were dressed up.”

Despite having a lot in common, including Celtic culture, Newfoundland and Nova Scotia don’t share the mummering tradition. Lori Cooze is a Newfoundlander now living in Nova Scotia, and she writes to tell

us that her brother-in-law, a mainlander, convinced her, her husband and her sister - all Islanders - that mummering at his friend’s house late one night would be a good idea. The grandmother of this household was a Newfoundlander, after all, so this should all be fine.

In full mummer regalia, they knocked on the door. It wasn’t opened. Instead, they heard the lock turn. Then the lights went out.

Undeterred, the crowd went around to the back door.

“Their dog was barking [and] they were screaming, they were calling the police, just as we found an unlocked door in the basement and went in singing and dancing,” writes Lori in a Facebook message to Downhome.

There were six people in the house, including one elderly Newfound-

lander who, Lori writes, was spooked by seeing mummers in Nova Scotia - she thought someone was breaking in. Once everyone realized this was not a robbery, they all had a good laugh and got on with enjoying the evening.

And one more thing, writes Lori, “The homeowner came to the basement area with a stick in his hand! Not sure who he thought he was going to confront with a stick!”

And no, it wasn’t an ugly stick. 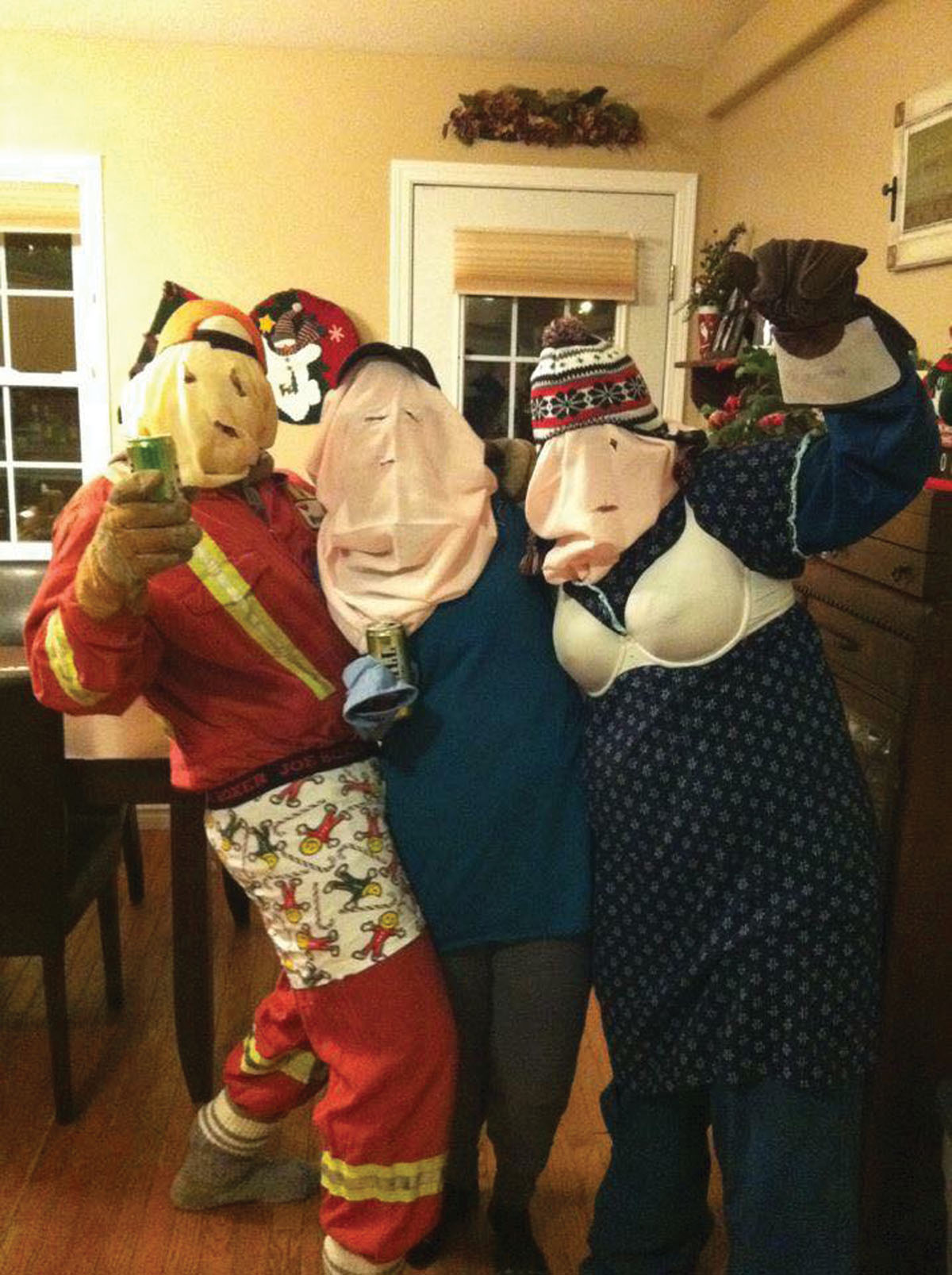 Sometimes, an unexpected visit from mummers doesn’t involve a threat to call the police. In Lloydminster, which straddles the border of Alberta and Saskatchewan, Newfoundlander Christa Rice-Sacrey and a couple of friends decided to surprise their flatlander friends with a bit of East Coast culture.

“We had planned a visit... one December evening for a few bevvies and decided earlier that day we would show up dressed in disguise, hoping for an amusing reaction,” says Christa in a Facebook message to Downhome. Her friends weren’t sure what to make of the spectacle at their door - “they were definitely taken aback at first,” she says. The mummering crew was foiled by their own mirth, though, as their giggles gave away their identities. Out West, or at least at this house, people aren’t let into a home until those inside are sure of just who they’re letting in. That giggle, which cost them the secret of their identity, proved to be the price of admission and the mummers were invited in for a drink.

“It was so great to share a small part of our Newfoundland culture with them,” writes Christa. “A fond memory for sure!”

Lock up the liquor cabinet, for you never know when - or where - the mummers may strike next.