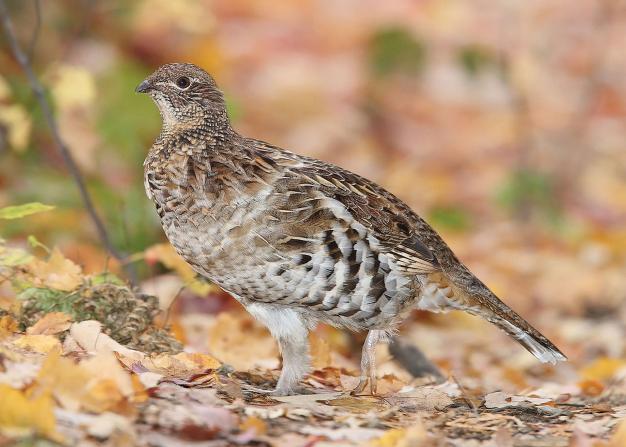 I can remember many a fall in my childhood when my father and I would head out the door, with the frost coating the grass and trees, to check our rabbit snares. I dearly loved this activity and was always excited as I approached our snares, almost shaking with the hopeful anticipation of seeing one in snare. At first my father would always do the dirty deed of dispatching the critter if it was alive, but as I got older I began to take over this task. Now decades later, my father has long since stopped snaring. As for me, now a 37-year-old with a career, a wife and children, I haven’t spent much time in pursuit of bunnies either.

However, my eldest son, Charlie, has taken a keen interest in wildlife, the outdoors and hunting, and he can’t wait to head out this fall with his dear old dad while I hopefully fill my moose licence. But I also hope to get him involved in snaring this fall. I look forward to teaching him how to responsibly hunt and enjoy the whole experience.

Getting more young people interested in hunting is a motivator behind the provincial government’s move last fall to lower the minimum age for small and big game hunting. In the past, an individual had to be 16 years old to hunt small game with a firearm and 18 to legally hunt big game; the legal ages are now 12 and 16, respectively. Minister of Fisheries and Land Resources, Gerry Byrne, stated in a press release at the time, “Including young people in our outdoor heritage, access to our hunting experiences, that’s been something that other provinces, other jurisdictions have enjoyed for quite some time.” Young hunters will not be permitted to head out with a gun slung over their shoulder, however; they still have to be accompanied and supervised by a qualified adult.

Seven small game species are hunted and managed in Newfoundland and Labrador: snowshoe hare, arctic hare (Labrador only), willow and rock ptarmigan, ruffed and spruce grouse, and porcupine. Annually nearly 35,000 residents, and many non-residents, take part in the longstanding tradition of snaring and shooting small game, sometimes using hunting dogs. Harvesting small game, both recreationally and for sustenance, has proven to be an important part of our culture. 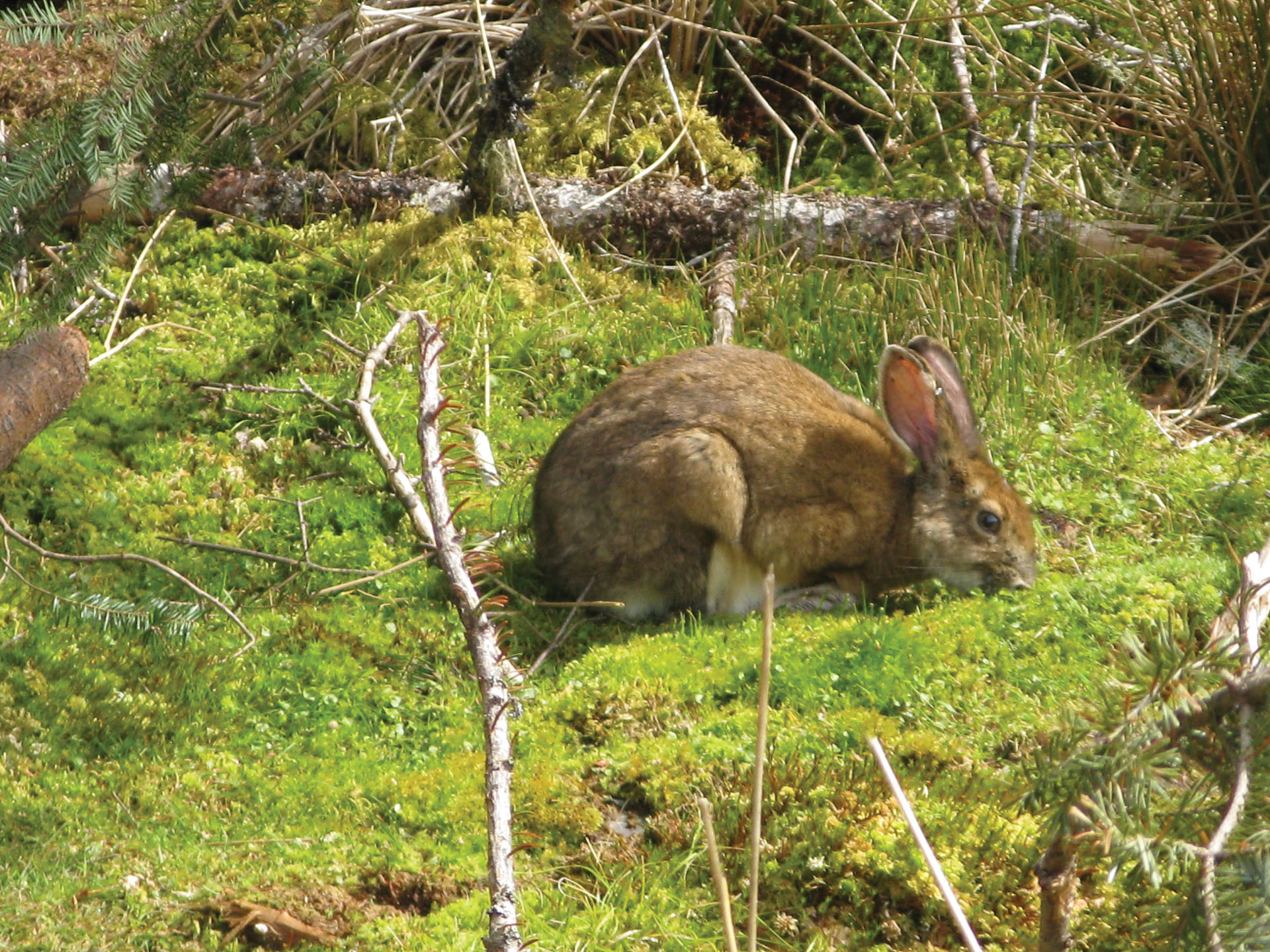 The snowshoe hare is native to Labrador, but was introduced to the island from Nova Scotia between 1864 and 1876. In 1879, the first open season was declared and today nearly 30,000 residents are hunting hares, with 300,000-1.5 million hares harvested annually.

Snowshoe hares prefer areas with dense stands of young conifers and brushy deciduous growth with an abundance of food and shelter. The average annual litter size in Newfoundland ranges from 2.9 to 3.5.

Arctic hares, also known as polar rabbits, are native to the province. They are restricted to arctic-alpine areas of the Long Range Mountains, Buchans-Topsail Plateau, Brunette Island off the Burin Peninsula and small pockets of exposed coastal barrens. The current island population is thought to be between 5,000 and 20,000 hares, and the Labrador population appears secure.

Northern populations of both species undergo cycles that peak every seven to 10 years with a period of abundance lasting for two to five years, followed by a sharp decline.  Many factors are thought to regulate these cycles, including winter food shortages, predators, disease, weather, stress and changes in the age and genetic structure of a population. When declines occur, juvenile mortality can be as high as 80-95 per cent, and as low as 45-70 per cent when populations are increasing.

Both species of hares are hunted by snaring or shooting, and often those who shoot hares use hunting dogs to flush them out of hiding. It is illegal to harvest Arctic hares on the island, though, and the provincial government would like individuals to report any sightings of Arctic hare on the island to the Wildlife Division by emailing chriscallahan@gov.nl.ca or calling 709-637-2025. 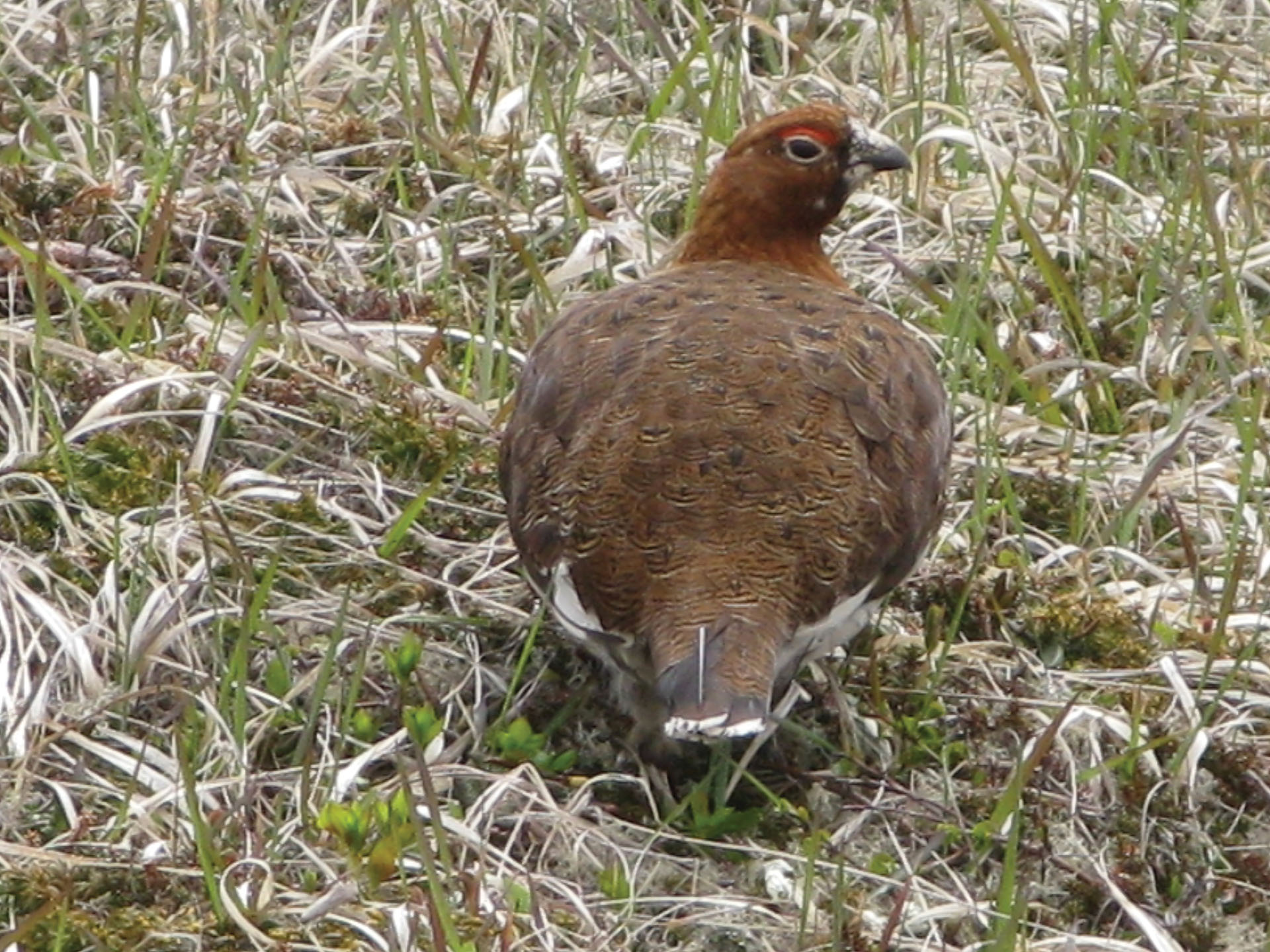 Ptarmigan, locally called partridge, are probably the most sought after game bird species in the province. There are two species here, the willow ptarmigan and the rock ptarmigan, and where their ranges overlap they are called browers and rockers. In Labrador, they are collectively called “white partridge.”

Willow ptarmigan are found on barren and marshy areas with low growing vegetation and in coniferous woods; rock ptarmigan, though, are distributed throughout the highest, most barren, rocky habitats. On the island this is prevalent from Cape Ray to Fortune Bay, in the Long Range Mountains, and on the highest plateaus of interior uplands.

Like hares, ptarmigan experience population fluctuations. The breeding success influences the annual change in numbers, where the yearly harvest can range from 36,000 to 77,000 birds.

The provincial Wildlife Division relies heavily on licence holders to gather valuable management information, with three obvious ways for hunters to provide this information: licence returns, completing periodic questionnaires, and sending in one wing from each bird taken. The wing helps determine the ratio of immature and adult birds killed, as well as assess nesting and brood survival.

The North American Porcupine, Erethizon dorsatum picinum, is found in Labrador but not on the island. The most distinguishing feature of North America’s second largest rodent is its coat of 30,000 quills.

Catching a porcupine has been described as relatively easy, given its slow and awkward movements. Traditionally they have been hunted by striking them with a stick or club; using snares, deadfall or leg-hold traps; and shooting. Today they can be legally harvested in Labrador by shooting only. 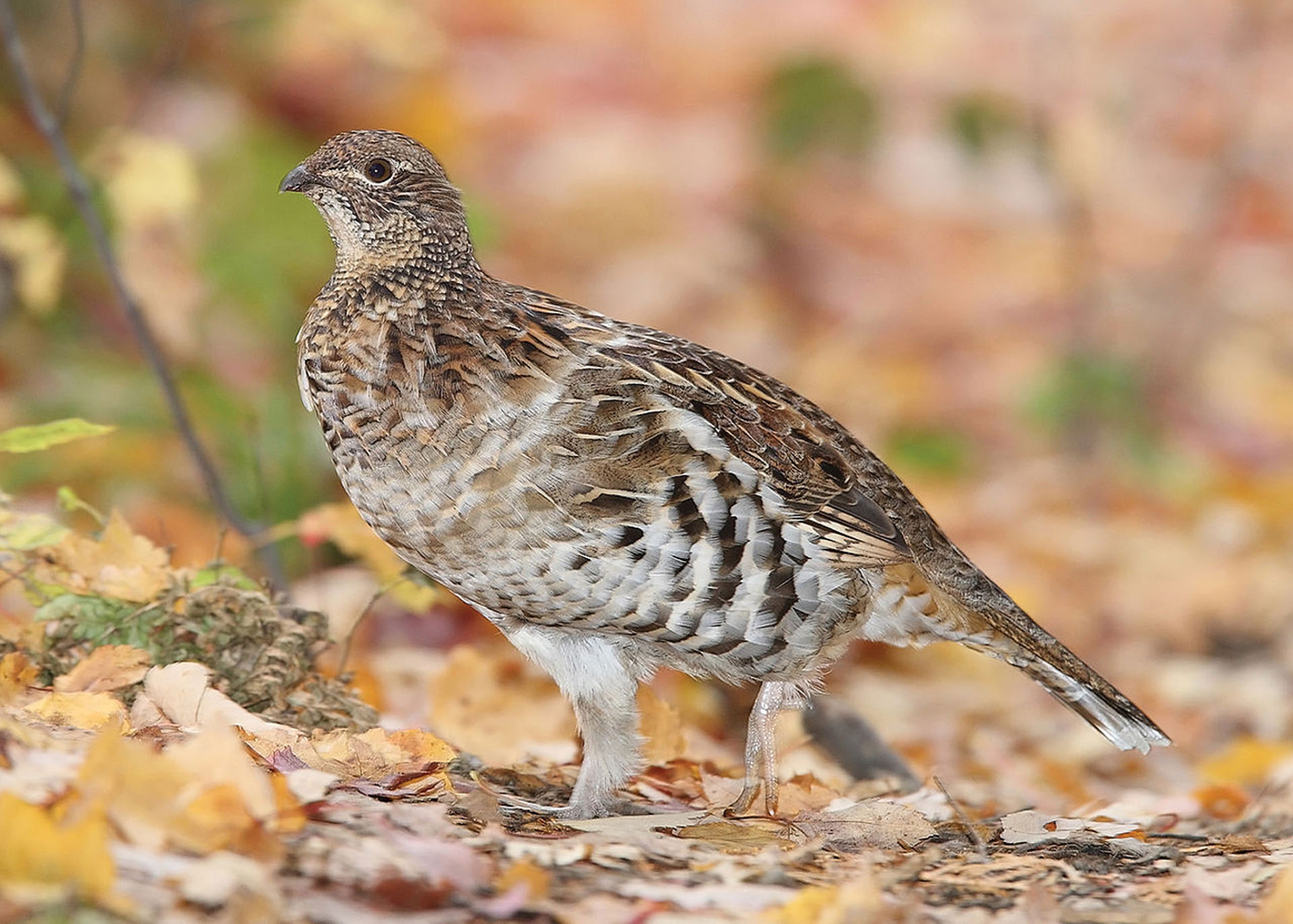 Two species of grouse, both native to Labrador, have been introduced to the island: ruffed grouse, Bonasa umbellus, and spruce grouse, Falcipennis candensis.

Ruffed grouse spend most of their time in brush, aspen and alder stands, and second-growth forest, frequently seeking out gravel and clover along road beds during the early morning and late afternoons.

Spruce grouse are commonly called fool hens because they often prefer to sit motionless and rely on camouflage to avoid predators instead of fleeing. They are the most arboreal grouse species, closely associated with coniferous boreal forest and taiga. They also may frequent older burnt lands and blueberry barrens.

Commonly hunted, both species are caught by shooting and snaring in this province; dogs are often used for shotgun hunting.

Youth and designate must possess Outdoor Identification Card or equivalent

Designated adult must be 18 years or older

Designate must remain at arm’s length of youth

Designate must not supervise more than two youths

Designate must carry proof they can hold a licence

Small game can be hunted using a .22 rimfire rifle

It is unlawful to set snares until the first day of the season, and snares have to be removed on or before the last day of the open season

It is unlawful for any person to set snares to take or kill wild birds, except the holder of a small game licence

It is unlawful to use a net of any kind

It is unlawful to use a fish hook, or snare equipped with a fish hook

It is unlawful on the island to set snares for small game using a snare wire other than .22 gauge brass or six-strand picture cord that is attached to a firm anchor.

Hares and grouse legally taken can be sold to anyone during the open season and within seven days thereafter.

Ptarmigan may only be sold if you have a selling permit and the buyer has a Wild Meat Service licence.

The sale of migratory birds is prohibited.

Remainder of the Island

Shooting and Snaring Oct. 6 to Nov. 4

Remainder of the Island

Island: 40 possession at any time