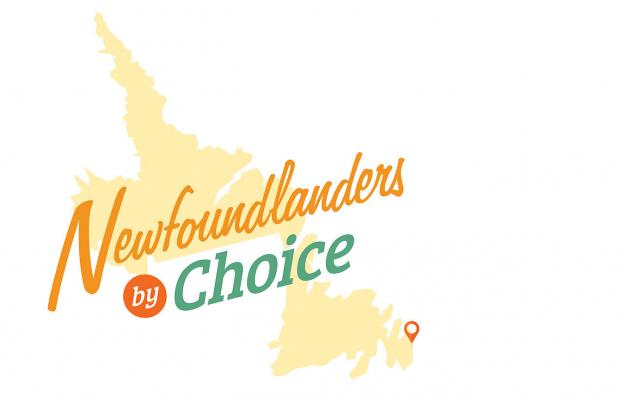 Meet three couples who weren’t born in Newfoundland and Labrador, but have made a life here and, in doing so, have made a difference.

In a province with an in-migration deficit for all but eight of the past 25 years and where many immigrants stay less than five years before moving on, these families buck the trend. The Dempseys, Matthewses and Jacksons were all come-from-aways at one point, but they belong to Newfoundland and Labrador now.

Jim and Catherine Dempsey, natives of Vancouver Island, BC, were drawn here in 1982 by pre-oil research and development, Jim’s field of work. At the time, Catherine was expecting their second child and likes to say, “Our son was born near Mile Zero in Victoria, our daughter at this Mile Zero.”

Catherine’s initial memories include arriving in St. John’s in March, with snowbanks obliterating the view from their taxi; conflicting dialects of new moms in the hospital; and the babysitting co-op she started with other CFA mothers while Jim worked at sea. She recalls adjusting to not being able to find some of her favourite products and brands in local stores and trying to follow directions from locals that referred to long-gone stores or landmarks. The first Christmas, the daily newspaper’s “Letters to Santa” led to some confusion for its mentions of leaving syrup and cookies for Santa. Unaware of Purity products, “I thought they were talking about maple syrup,” Catherine confesses. “You realized you were not in Kansas anymore.”

The Dempseys enjoyed discovering their new province. From visiting places like Twillingate, Port aux Basques and St. Anthony, they gained an affinity for spongy bogs, wind-whipped trees and clear night skies. “Rocks change colour with the seasons,” Catherine learned, “and people were friendly, summers precious.” Everybody either knew each other or were related. “You couldn’t be critical,” she jokes. “You’re sure to insult somebody’s relative.”

When the economy headed into a downturn in 1988, the Dempseys decided to ride it out rather than move again. They had become Newfoundlanders by choice.

Catherine gravitated to the not-for-profit world, fundraising for Transition House and Planned Parenthood; for 21 years, as Executive Director of the province’s Historic Sites Association, she promoted the unique culture. “We supported heritage projects and craftspeople by selling Newfoundland crafts that embodied our heritage,” says Catherine.

Jim, meanwhile, took his career in a new direction in 1993, and launched Cormorant Ltd., contracting his offshore environmental expertise and ultimately employing other Newfoundlanders.

The true litmus test came with retirement. They are still here! Extended family live in British Columbia, connected by social media and visits. Their daughter has relocated to PEI, but their son is a rock-solid Newfoundlander, active in the arts community.

In retirement, Jim is steeped in outport culture and traditional skills as chair of Winterton’s Wooden Boat Museum. Catherine’s new dedication is beekeeping. As president (“queen bee”) of the provincial association, she says, “Beekeeping is a growing interest; with fewer pesticides employed, honey bees are bred for our climate, and farmers’ fields and open terrain offer excellent forage.” Catherine is planning a children’s book about bees.

Looking back over their life and their big move across the country in 1982, the Dempseys seem more than content with how things played out. In fact, says Jim, “without relocating from British Columbia, life would have been static, lacking challenges and novelty.”

In 1967, Kathleen (Kay) Matthews, her husband Keith and their two toddlers left their UK home and crossed the Atlantic Ocean. Keith had been recruited by Memorial University. Years before, Kay had moved from her native Northern Ireland to England at age seven, so integrating into a new society was not new.

“Where’s Newfoundland?” she asked when her husband proposed moving there to study the history of the West of England Newfoundland Fisheries, his doctoral thesis. Over the next two years, Keith did groundbreaking work preserving Newfoundland’s maritime history. When their committed time was up, Keith announced, “We’re not going back!” A West Country man himself, he had found his niche and was in love with the place. The local dialects sounded familiar to him, and his research was invigorating as he explored the connections between the Old and New worlds. Keith was instrumental in creating the Wessex Society of Newfoundland and having British records of fishing families transferred to Newfoundland. While the family still spent summers back home in England, returning to Newfoundland was never bittersweet for they were putting down deep roots and viewing their adopted province as “home.”

As Kay explains, “More recent immigrants from the British Isles are no different from most Newfoundlanders - they just arrived a century or two later.” This concept of kinship was accentuated when a Bonavista Bay man asked her Devon-raised father-in-law one day, “What part of the bay are you from?”

While Keith was working with Memorial University, Kay, armed with nursing and midwifery diplomas, easily obtained employment with the Grace Hospital in the 1970s. In a time when Carnation milk ruled infant nutrition, Kay encouraged breast feeding and natural deliveries. She also helped found a successful child care centre and for many years, on top of her day job, she volunteered her prenatal and breastfeeding education services to new and expectant mothers.

In 1984, Keith passed away. Being a young widow with four children, Kay updated her credentials and joined the staff of MUN’s School of Nursing. She was sought worldwide for her expertise in infant nutrition and healthy mothers. In Nigeria and Ghana, she implemented the MaterCare model of rural maternal care and led a CIDA project from MUN’s School of Nursing, training community health nurses in rural Indonesia.

Kay has chosen to stay in Newfoundland and Labrador since retirement, as 50 years of friendship, social ties and family connections keep her firmly planted on the Rock. Kay embraces the open spaces, clean air and myriad activities, including golf and choral performance. Retirement for her also means time to volunteer with her parish food bank and Grannies for Africa.

Laura Dexter and Lawrence (Laurie) Jackson met in Yellowknife, YK in 1966. Laura was a young journalist from Nova Scotia hired as editor at News of the North. Laurie was a journalism student from Alberta. These soulmates began travelling together, working with native peoples and strengthening community development. An Information Can-ada initiative, “Reaching the Unreached,” in the early ’70s brought them to the Labrador coast, where they liaised with fishers, encouraged municipal development and heard frequent complaints on how the Island took its vast northern region for granted.

From there, the Jacksons took up positions as field workers for MUN Extension Services, based in Forteau. Laurie was hired to work on the Royal Commission on Labrador and was a key player with Extension Services until 1984. Laura worked part-time on encouraging nutritional advances, preschool development, summer arts programs and quality handicraft production. She recalls women bringing their toddlers to their preschool by snowmobile. Laura says, “Years later I ran into a woman in St. John’s from Postville, who told me a preschool took root from seeds of information I gave her and her friends during an impromptu meeting at the community airstrip.”

By this time in their lives, Newfoundland and Labrador had become home for them. Even more so for the three children they were now raising - all proud Labradorians. The family had become northern livyers.

In 1990, Laurie took a job as scientific writer with the Department of Fisheries in St. John’s, though leaving Labrador was an emotionally

difficult decision. Before he passed away in 1998, Laurie wrote a children’s book about icebergs called Castles in the Sea. Published in 2000, it received accolades for his writing. In his memory, his family established the Arts NL Lawrence Jackson Writers’ Award.

After the move to St. John’s, Laura begin a near 20-year career with Protected Areas Association, focusing on dune preservation, endangered wildlife, marshlands and parklands. Now retired, Laura still exhibits the values and commitment to society that she and Laurie brought to their adopted province a lifetime ago. Multicultural issues, the Status of Women, the Native Friendship Centre and rural enrichment still hold important places in her heart.

She and her two daughters have no plans to leave Newfoundland and Labrador. “With music, storytelling, warm friends and commanding vistas, the landscape - both geographical and cultural - grows on you,” she says. Life is slower, distances are manageable, there is a vibrancy of expression and personal connections; it comes from a lifetime forging the fabric of your new society.