Mark Critch, Son of a Critch 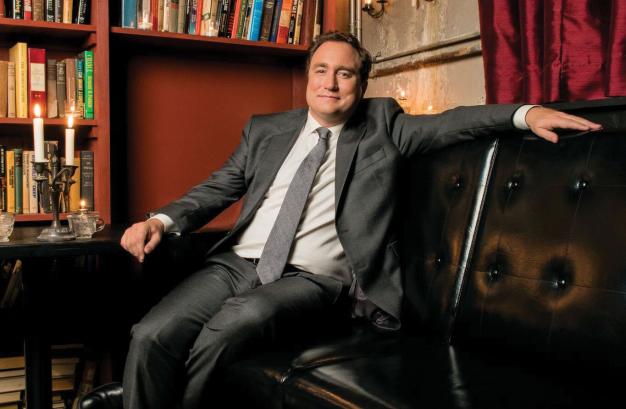 Mark Critch has lived an extraordinary life. His role on CBC’s “This Hour Has 22 Minutes” has brought him to places that few townies could even imagine. He’s reported from Russia, China and a war zone in Afghanistan. In a secret room in the White House basement, where John F. Kennedy’s swimming pool used to be, Mark’s signature is scribbled next to Frank Sinatra’s. Last year, he accompanied the prime minister, on his personal plane, on an official trip to Vietnam.

For his first book, however, the 44 year-old writer, actor and comedian decided to write about something closer to home. Son of a Critch is a tremendously funny memoir that recounts the growing pains of Mark’s childhood in St. John’s, NL, during the 1980s and up to the end of Mark’s high school days, when he decided he wanted to be an actor.

“I kind of grew up as a little old man,” says Mark. Raised on the
outskirts of town (Kenmount Road wasn’t always the bustling strip of car dealerships that we know today), he refers to himself as a “free-range kid.” His father, Mike Critch, a well-known journalist for VOCM in his day, was well into his 50s when Mark was born, and aside from his brother, Mark had little to no interaction with other children until his first year of kindergarten. Prior to that, his best friend and closest companion was Nan.
“I felt like an astronaut who’d been knocked off course and landed on a strange alien planet where people had all these customs and I had no idea what was going on, so it takes me through those formative years,” he says. “The more I focused on my childhood, the more I kind of realized how unusual and weird it was, and I started to work through some of that in a way I hadn’t really thought about.”
The scenes play out like the script of a comedy movie because the everyday life of a kid can be pretty absurd, Mark says. “If you write through the lens of a kid who doesn’t understand any of what’s going on, it’s just naturally funny, because it’s ridiculous. But it’s truthful.” 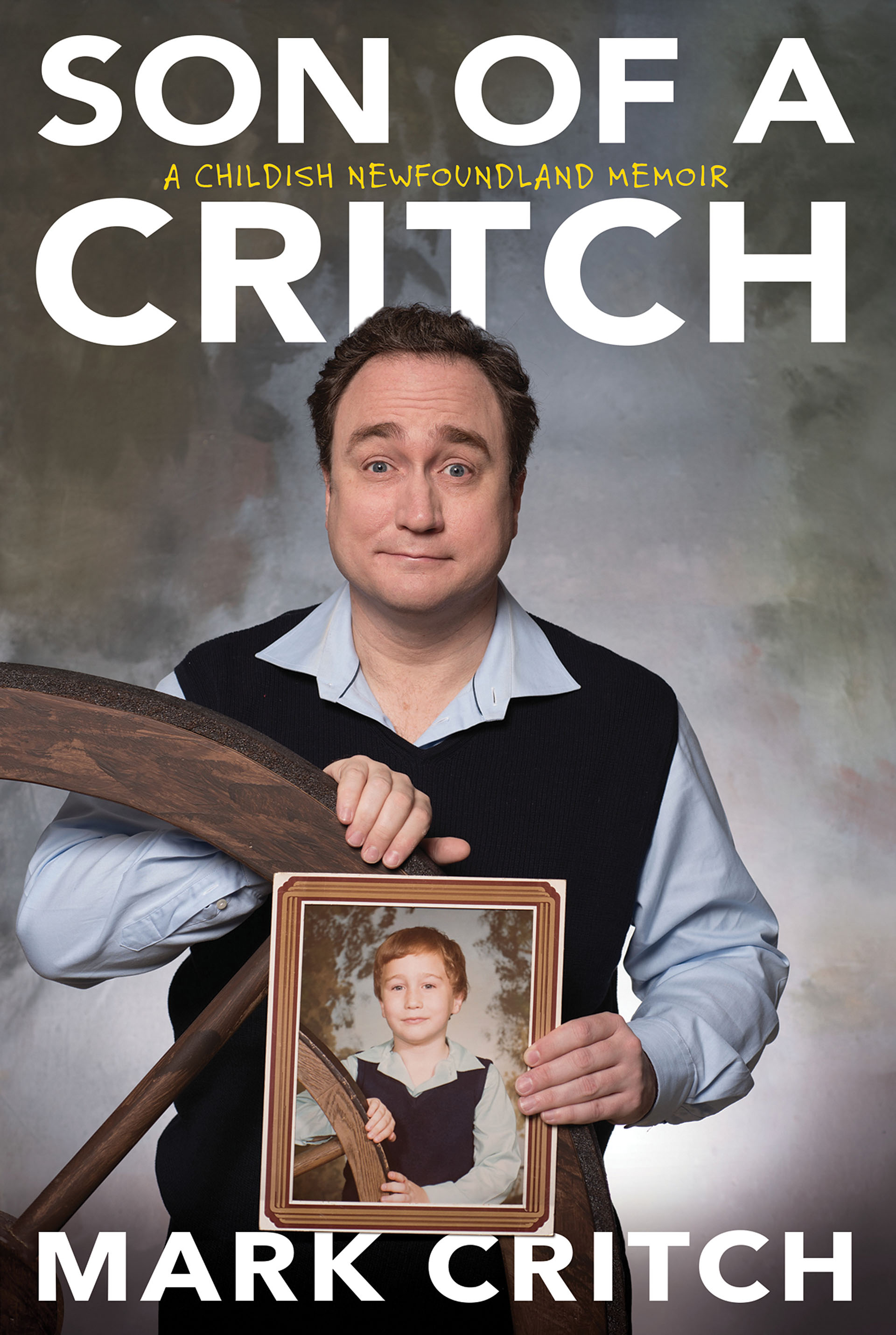 Of the book-writing process, Mark says, “They kind of chose themselves, the stories, as opposed to me sitting down and trying to be super witty, which I assume is the right way to do it - to know what you’re doing - but I just kind of went down my little path through the woods.”

Mark has always been a writer - he began his career at “22 Minutes” in the writing room and had a newspaper column prior to that - but he says that writing a book was a totally different experience.
“With a sketch, if you’re not getting a laugh, two laughs, a minute, at least, you’re dying. You’re writing more for the reaction. But with this, it’s longer; you can put more thought into it, be more descriptive, [you] don’t have to worry about getting a laugh all the time. You want there to be a few laughs per chapter, but you don’t have that nagging monkey on your back going: ‘Be sillier! Be funnier! Be quicker!’”
And while the book is undeniably hilarious, it isn’t without some more serious themes and undertones. Mark doesn’t present St. John’s as the idyllic, charming city from the tourism commercials. He writes about his St. John’s: the good, the bad and the ugly, and how it all came together to shape him into the person he is today.
The ’80s were a strange time in Newfoundland and Labrador, as Mark would be the first to tell you. Now a “recovering Catholic,” as the book’s back cover describes him, he attended a religious denominational school (as did most everybody else at the time), under the cloud of the Mount Cashel abuse scandal. He stresses that he had a great childhood and positive experiences with the priests and nuns and school, but the aftershock of the news stayed with him, and he’s had trouble trusting people in positions of power ever since.
“It’s sort of like collateral damage, where the fallout from that really affected our faith at a time when you’re supposed to be developing it, and I felt like that definitely changed how I viewed the world,” Mark says. “So I thought not to talk about it would be very much disingenuous
to myself.”
Son of a Critch isn’t just a recollection of Mark’s childhood experiences. It’s ripe with tidbits of “townie trivia” and stories about the social and political history of Newfoundland and Labrador, along with plenty of stories from the Critch family tree. Mark has been a longtime history buff, but researching his family history for the book was a journey of its own, he says.
Mark didn’t know much about where he came from before writing the book. The research, he says, was one of his favourite parts of the whole experience. He learned about how his great-grandfather drowned while fishing, never to be found, and how his son, Mark’s grandfather, would later risk his life to retrieve the body of a friend who went overboard, not wanting his family to live without closure like he did, Mark suspects.
“I was learning a lot about these people who I never knew existed,” Mark says. “That was a bit of a revelation to me, and I feel like I kind of came away from this with a family history that my dad didn’t even know about, or very little of it, if at all.
“But really,” he says, “I liked reliving those years again. It was nice, because they say that you can’t go home again, but I kind of feel like I did, in a weird way. I mean, the house isn’t there anymore, it’s long gone. My parents are gone. So, it was nice to be a kid again, for a while.”
- by Stacey Seward