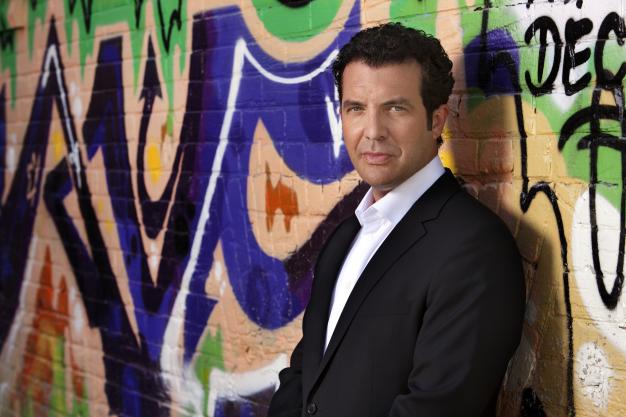 He's experienced zero gravity with the Canadian Space Agency, flown in the back of a fighter jet, developed friendships with the likes of Jann Arden and Chris Hadfield, and threw his childhood hero, Paralympian Rick Hansen, off a bridge.

Rick Mercer has travelled from one end of the country to the other and up to the High Arctic on a quest to bring Canadians closer together in his hit CBC TV sh­­ow, “Rick Mercer Report.”
“I’ve been all over the country and that’s always been a passion of mine. I have always wanted to travel the country and I’ve been able to do it through work, non-stop for 15 years. That’s something that I wouldn’t change for anything in the world,” he says. But this month he’ll file his last report for the show. Last September, Rick announced this would be the 15th and final season, a decision he didn’t make lightly.
In the early days he says he used to worry about running out of Canadian adventures to embark on, until he came to the conclusion he’d never run out. “When you start a show you hope to get through a year or two and then, you know, you dream of hitting five or six years, but that’s basically the lifespan of a TV show.”
While the ratings are still high and Rick still loves his job, he decided it was time to try something new. “And I always admired shows that ended on their own terms, and that’s a pretty rare thing in show business. Shows generally get cancelled,” he confides. “The creators don’t generally stop doing it.”

A Mandate to Celebrate
The “Rick Mercer Report” is a beloved staple of Canadian television and it was a show that could only work here. A number of years ago the show won a Rose d’Or award for best comedy. Afterwards, people from all over were interested in buying the format rights to replicate its winning formula to launch a German, Italian or Australian version of the “Rick Mercer Report.”
“But when they looked at the show, none of them could figure out why anyone would create a show like that. I mean, one week my guest could be the Prime Minister of Canada, another week it’s an oyster fisherman, another week it’s a guy sheep farming off the coast of Newfoundland…another week it’s a rock star. People couldn’t figure that out.
“They were like, ‘Well, who’s going to tune into this show? People who want to see rock stars or people who want to see, you know, sheep farmers?’ And then there was an adventure tourism travel component to it. And that didn’t seem to make sense to them. And then there was a sketch element and then there was a political element, and it was all in one show.”
He laughs, recalling the foreign producers all determined it wouldn’t work in their home countries. “But it kept working in Canada because I think, at the end of the day, the show celebrates; that’s what it does. Its mandate is to celebrate. If I visit Ferryland, it’s because it’s the greatest place on earth. And if I go out with an oyster fisherman, it’s because it’s a fascinating job. And if I’m there, I’m celebrating.”
Typically, a comedian’s instinct is to tear others down, but that was never Rick’s approach. “And over the years I’ve gotten tremendous access because I think people trust me and they know that if I’m there, I’m there to celebrate them.”

He calls the show “unapologetically Canadian,” which people responded to. “Everything about our show is Canadian, right down to the music,” he says. “And I think people find it fascinating to see other parts of the country. Travel in this country is often prohibitive for most people; it’s a big country, it’s really expensive to do. So I think they like looking into these windows that I put on the show every single week.” Viewers tuned in to catch a glimpse into a world completely unlike their own, perhaps that of a Ferryland sheep farmer. “And I think that’s what they’ll remember the most.”

Ranting Like Rick
One of the most iconic images of Rick is of him looking right into the camera, engaging viewers as he launches into a rant like no other, stalking the graffiti-plastered back alleys of Toronto.

Ranting has taken on a life of its own beyond the TV show. Laughing, Rick says he’s actually putting together a ranting guide for schools because it’s become part of the curriculum across the country. Creating a rant can teach young people how to research a subject, write succinctly and structure an argument, while enhancing public speaking skills.

“I could spend all day, every day answering letters from teachers who are running rant programs in the school,” he chuckles. “And I love it, I absolutely love that that’s happening. And being able to rant and do it on national television is certainly a privilege that I’ve felt very grateful to experience because I think there are a lot of ranters, certainly in Newfoundland there’s a hell of a lot of ranters. It’s just I get to do it on television.”
There’s something cathartic about ranting, too. “You don’t want to keep things bottled up too much. The thing about a rant is it can be anything. I mean I tend to rant about things I find absurd or sometimes I rant about things that make me angry, and sometimes I just rant about things that make me happy,” says Rick.
He can’t name a favourite rant, though a few do mean something special to him. When Gord Downie passed away last year, Rick thought a lot about his longtime friend. “It didn’t cross my mind to rant about Gord, didn’t seem appropriate,” says Rick. But one day he was in the office and ended up telling a story about Gord getting in touch with Rick’s father because Gord wanted to know how to properly pronounce the name of a town in Newfoundland and Labrador. It led to Gord developing a friendship with Rick’s father. “I thought it told a story about Gord, that spoke to the nature of the man in ways that maybe hadn’t been said before. So I told that story in the form of a rant, and I was very pleased with that,” says Rick.
Primarily, a rant has to come from a place of passion, says Rick. “You can’t fake it and I’ve never, ever faked it. And sometimes there’s subject matters that I think I should rant about, but I just can’t do it…It has to be something that you’re sincere about,” he says.
“They truly are, you know, opinion pieces. It’s the one aspect of the show that I have always written, 100 per cent on my own. Because it is opinion and you can’t have an opinion by committee.”
Rick says he’s been privileged to use this platform as a way to reach out to the audience about stories not in the news or not being talked about. For instance, he has a veteran friend who lost both his legs - and every year he has to go to Veterans Affairs and prove he still has no legs in order to keep receiving his benefits. “And I ended up ranting about that and, you know, there was some progress - not great progress, but there was some progress made on that file because of the rant, and that’s a pretty good feeling if you can create a conversation.”
With the “Rick Mercer Report” about to go off the air, Rick says he’ll still have plenty of opportunities to reach audiences. “Times have changed so much. I mean if I want to rant about something, I can just turn on my phone and rant about it,” he says.

The Road to Success
Growing up in St. John’s, Rick had plenty of homegrown comedians to look up to. On television he watched acts like the Wonderful Grand Band and CODCO, who taught him that it was possible to make a living in comedy, “And so it didn’t seem [a] completely farfetched notion, I knew at least there was a handful of people doing it. So it was possible.”
Prior to launching the “Rick Mercer Report,” he was part of the team that formed another long-running CBC TV show, “This Hour Has 22 Minutes” (now in it’s 25th year and still going strong). “I think that one of the critical elements of the success of ‘This Hour Has 22 Minutes,’ especially in the beginning, was the fact that the show was driven by four people from Newfoundland. It was four Newfoundland voices, and I think that has always played a big part in the success of the show.”
Like many Newfoundlanders and Labradorians, Rick moved to the mainland to make a living and now resides in Toronto, but he still keeps close ties to home. “I have a cabin in Newfoundland and my parents are in Newfoundland, and I’ve only ever thought of Newfoundland as home,” he says, breaking off into laughter. “You know, wherever I’m living, I’m living there because that’s where my job is. So I honestly can’t say what the future holds, but I’m certainly going to spend a lot more time in Newfoundland.”
The last episode of the “Rick Mercer Report” airs this month, but he’s certainly not looking to retire, saying people in show business never really call it quits. “You know Christopher Plummer just got an Oscar nomination, he’s still working, God love ’im. You know Gordon Pinsent; any time I bump
into Gordon Pinsent, he’s talking about what he’s doing next at his next job, and I don’t think that will ever change.”

He does have a few live shows booked, but he expects to have more downtime than before. “The TV show is absolutely all encompassing, I mean it’s nothing to go like 20, 21 days at a time without half a day off...So when the show is in production it’s just go-go-go-go-go and that’s certainly going to be a big change in my life, but I’m looking forward to that,” Rick admits.

“And as much as I’ve enjoyed every single, pretty much every single adventure that I’ve ever gone on, I’m getting to a point in my life where I’m a little less eager to jump out of a plane or throw myself off the side of a cliff.” - By Elizabeth Whitten