Have Tech, Will Travel

Megan Lafferty, a conservation biologist with the NCC, hiked two local trails with the Google Trekker. (NCC photo)
Rifle through your bag or check your back pocket and, if you're like most people, you'll find a slim phone buried in there. Handy for checking email, taking photos and updating social media - or making a plain old phone call - these devices have certainly changed from the large bricks they used to be. And while they're increasingly criticized for disconnecting us from the real world around us, two innovations are designed to bring us closer to it. A recent visit to Newfoundland and Labrador from the Google Trekker and the creation of the Neighbours app are both aimed at encouraging folks to get out and explore the province - using their smart devices.

You Are Virtually Here
Last year, people hitting the trails in Maddox Cove and the Codroy Valley might have seen a hiker with a strange contraption towering over her head. That hiker was Megan Lafferty, a conservation biologist with the Nature Conservancy of Canada (NCC); the contraption was the 50-pound Google Trekker, a camera that constantly takes 360˚ photos to create a visual panorama for Google Street View.
“One of our mandates with the Nature Conservancy of Canada is to connect Canadians to nature and we’re always looking for new and diverse ways of doing that,” Megan says. “And this seemed like a really great opportunity to partner with Google and kind of get the word out about our properties and allow people to experience them across the country.” Two local trails - the part of the East Coast Trail that runs through Maddox Cove, and the Codroy Valley walking trail - can now be seen on Google Street View.
Megan was accompanying another NCC staffer who was travelling through the country mapping trails, and together they shared the responsibility of carrying the large, cumbersome camera. Megan admits it took some getting used to.

“It extends so high above your head, you definitely are a bit more tippy,” she says. “And also, because of the way the cameras are set up, if you need to duck to get under something, you can’t lean forward ‘cause that’ll change what the cameras are looking at. So instead you have to do kind of a squat.” And while a change in the weather can dampen any hiking adventure, it really throws a curveball for hikers toting valuable equipment, as Megan can attest.
“At one point we did get some rain and I remember crouching on the path with all of our raingear covering the Trekker as we got soaked, which was kind of funny,” she chuckles.
Of course, the Google Trekker drew some inquiring looks from passing hikers. “Most are just curious about what you’re wearing. And it’s funny ’cause when you’re wearing the camera you don’t really want to stop, ’cause again, it’s constantly collecting images,” she says. Anyone with questions about what they were doing were waved off and told there was someone behind her that would explain what she was wearing.
Megan’s adventures with the Google Trekker were more than worth it, however, since she believes having the trails virtually accessible online will entice more people to them. “I think it’s about…bringing these landscapes to as many people as possible. And so some people may want to see the beautiful landscapes but don’t really want to slip and slide along mud on a mucky day.” Now, hikers can see what conditions to expect. “It can be an information tool or a viewing tool, depending on the audience.” She also hopes that folks from around the world will see the stunning vistas and be compelled to visit.
Furthermore, using the Google Trekker and posting trails online is an incredible opportunity to showcase landscapes that might otherwise go unnoticed by both tourists and locals, says Megan. The Grand Codroy Estuary, for instance, is a wetland of international importance, but a lot of people get off the ferry in Port aux Basques and just drive right by it, she says. And for individuals who aren’t physically able to get out to these trails, this technology can help them feel like they aren’t missing out.
Megan still recalls the thrill of hiking the rugged coastline in Maddox Cove for the first time after moving here. “I couldn’t believe that I was hiking this trail at the edge of the continent,” she recalls. She hopes her work will entice more people to get out and experience the same thrill she gets in the great outdoors.

Meet the “Neighbours”
While the NCC’s partnership with Google is focused on getting people onto the province’s trails, the Neighbours app promotes sites of historical interest around the capital city. Created by Memorial University’s Research Centre for Music, Media and Place (MMaP), the app provides intimate glimpses of the city’s past.
As people walk around downtown, the app - which uses GPS - displays a map with icons that, when clicked, share a story about the area where they’re standing. (Like Google Street View, it can be accessed anywhere.) 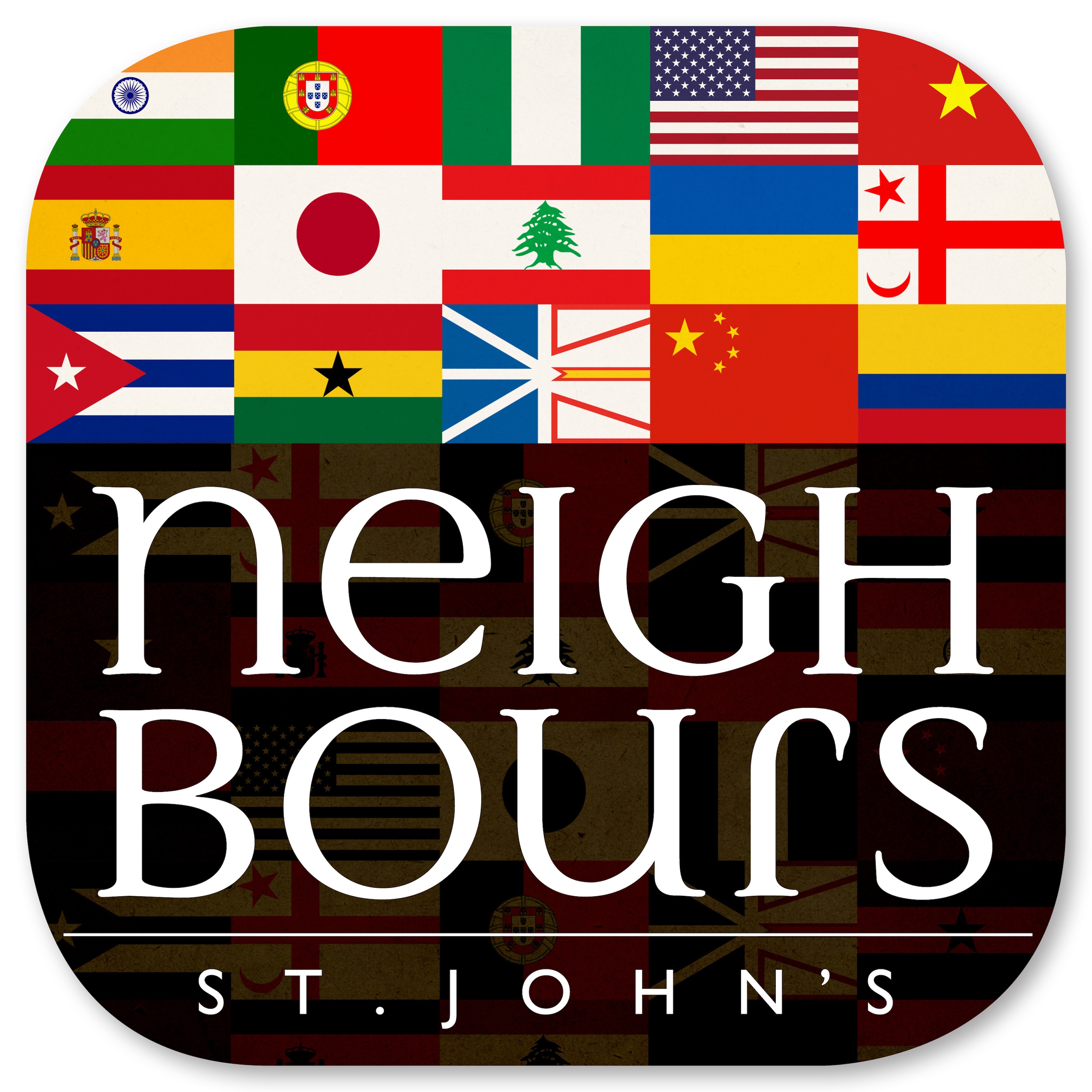 Thanks to an oral history project that started back in 2009, the MMaP team had an archive of interviews to draw from for the app. They enlisted Chris Brookes, an award-winning radio documentarian, to work on the project. More than 90 interviews were whittled down to 27 stories, each under two minutes in length, and accompanied by community portraits, videos and archival photos.
“It sheds a different light on some of the places we know really well,” says Meghan Forsyth, a professor at MUN’s School of Music who co-produced the app. For example, there’s an entry about Alexander Pindikowsky, a Polish painter who was serving prison time here in 1880. In exchange for a reduced sentence, he painted the ceilings of the Colonial Building and Government House.
Plenty of tales are about local music, culture and tradition, while others highlight the province’s diversity. “There’s this idea about Newfoundland, that it’s always been sort of quite homogenous,” Meghan explains. “But, in fact, it’s been a place for people who’ve always kind of come and gone. But that part of our history isn’t really widely known.”

The app includes a story from former St. John’s resident Bob Button, as he recalls the Portuguese White Fleet and how the sailors got their messages across the language barrier. Bob shares how he made a few bucks procuring wine for the sailors and fetching their stray soccer balls from the water.
Meghan says they tried to create a balance in the stories being showcased. Some depict the challenges immigrants faced in NL. Some have a comedic element to them, like the tale submitted by Fumiko Ishiwata, who immigrated to the province with her husband years ago. She talks about how difficult it was to find the groceries she needed to make familiar Japanese food, so she resorted to using Minute Rice.
Others aren’t so easy to listen to. Near the National War Memorial is the story of an Iranian woman who came to NL for school. “Her story is about her experience wearing the hijab in St. John’s, and both the negative aspects that she experienced and also the positive responses that she received,” says Meghan.
Users of the app will hear some well-known voices, including politician Lorraine Michael who talks about a store her family owned. Local historian and musician Allan Byrne shares the story of his late aunt and a missed romantic connection with a British naval officer that happened in Bannerman Park.
With its myriad of stories, the Neighbours app can serve as an introduction to St. John’s for new citizens and tourists, while also helping long-time residents get to know their city more intimately.
It’s free to download and is available through both the App Store and Google Play. - By Elizabeth Whitten
MORE ARTICLES
load more