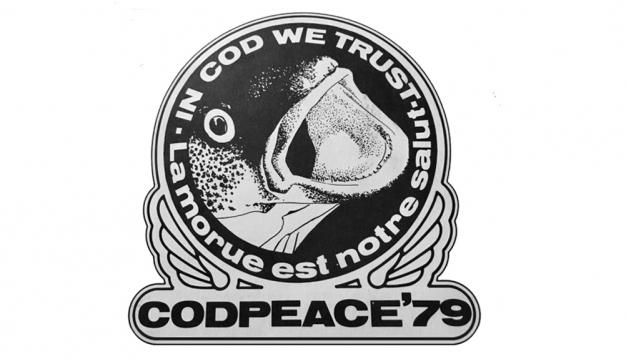 Over time, cod has been tagged with many names - humble, homely, lowly, iconic, famous, mighty and even currency in Newfoundland and Labrador. Then, there was that time when codfish were declared "The Voiceless Ones."

It was January 25, 1979, when members of the St. John's Rotary Club announced the formation of the Codpeace Foundation following the club’s weekly meeting. It was led by businessman and former city councilor Miller Ayre (afterwards known as the Codfather) and John McGrath, plus Craig Dobbin, Bora Merdsoy, Burf Ploughman, Clarence Button and others. They had had enough. Anti-sealing protesters, such as Greenpeace and celebrities like Brigitte Bardot, had pushed too many culturally sensitive buttons by maligning the province and its people. It was retaliation time - with satire.
Codpeace became hell-bent on making a mockery of anti-sealers and even high-minded mainlanders. The cod was held up as a cultural image against the cuddly seal and those who vehemently objected to seal hunting as inhumane. Members pledged they would not rest as long as one cod life was in danger. The cod warriors’ motto was “In Cod We Trust,” and “Newfoundland is Cod’s Country” was often used as a slogan. 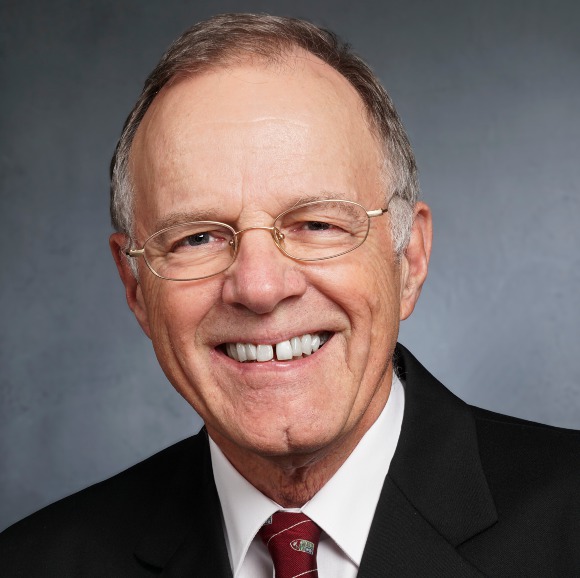 In a recent phone conversation with Miller Ayre (pictured left), now retired and speaking from Florida, he recalls his Codpeace days and how the foundation and his fiery speech that spawned it were really “accidental.” The designated speaker that day, Premier Frank Moores, had bowed out at the last minute and Ayre was called upon to fill in. The topic he chose just happened to be top of mind.

“My friends and I had been chatting about how to respond to all the activities thrown at us by Greenpeace and other animal rights groups; and having watched the serious academic responses going nowhere, as it wasn’t dealing with emotional concerns,” he explains. What was intended as a frivolous satirical response, however, grew into a grander plan and Codpeace became a household name.

“It got a lot of publicity at the time and it just took off, with Codverts calling to volunteer and donate. Those who believed deeply in Newfoundland culture and were angry and upset by Greenpeace and others finally saw some opportunity to blunt the continuous abuse and negativity our province was getting on the international scene.”
The movement garnered a lot of attention across Canada and Ayre was continuously doing newspaper and radio interviews. “Even though it was satire, it had a serious intent and people got the point,” he says.

Codpeace held a news conference on February 3, 1979, in which Ayre strongly asserted his CODmandoes were “categorially and inalterably opposed to the barbaric atrocities committed against the magnificent denizen of the deep - that sentient, intelligent, loveable creature, the cod - being savaged by these seals.”

The cod warriors also unveiled an underwater video, entitled "The Jaws of Death," which showed seals mercilessly attacking the province’s cod daughters. In Shakespearian mode, they warned, “Beware of the hides of March.”
The young Ayre rallied supporters to dig deep to fight the despicable seals and send in their “mother’s allowance, your social assistance cheque, your unemployment cheque, widow’s allowance, pocket money, your piggy bank and cash under your mattress.”
Membership in Codpeace was open to anyone with a “love of the noble cod” and the $5 required to help finance various cod-preserving projects. Members were subscribed to a humorous newsletter as well as bumper stickers and buttons. They were also guaranteed their names would be shouted out three times before a seal is killed, and in the spring they’d be invited to Festival of the Easter Seal and the Yum Flipper Feast.
A real media circus
Once launched, the movement went into high gear, even engaging in outlandish stunts to protect the precious fish. They invented spokespersons to make public appearances: Dr. Cod au Gratin, Captain Jacques Codstew (and his Cod-lypso ship) and the Codfather himself. One of the most outrageous capers was the landing of Dr. Cod au Gratin on the seal front, 140 nautical miles offshore from St. Anthony, in top hat and tails to act as ring master of the media circus surrounding the seal harvest.
While the dramatic scene easily made intentional press, Ayre explains he had four hours to get a top hat and tails to the ice floes. He ended up calling a funeral home in Corner Brook. “It was that kind of response Codpeace got, no hemming and hawing - you just called someone and it got done,” he says.
Codpeace is still remembered in some parts for its cod-kissing contest and a public kiss-off. Among its celebrity supporters was flamboyant St. John’s Mayor Dorothy Wyatt, who posed for a smooch with a real codfish.

The cod warriors took the show on the road, delighting audiences across the island with the hijinks of Cuddles, their giant pink baby cod mascot, pursued by the voracious Eric Von Harp Seal. Tommy and Connie cod were also part of the larger cod family, which included Codfather, Codmother and, of course, The Fairy Codmother.

Whenever Cuddles (a costumed member of Codpeace) appeared, the Codpeace Song was sung to the tune of “Ode to Newfoundland”:
How can you be so cod-descending
The protest groups slander
us with such seal;
They cry that the harp is
so helpless and lovely
Don’t you know the cod
is their favourite meal
On the surface they might
look cute and cuddly
But deep down underneath,
they’re savage and cruel.
Oh, the sea it is filled with
the tears and sad stories
Heartbroken codfathers
and codmothers, too 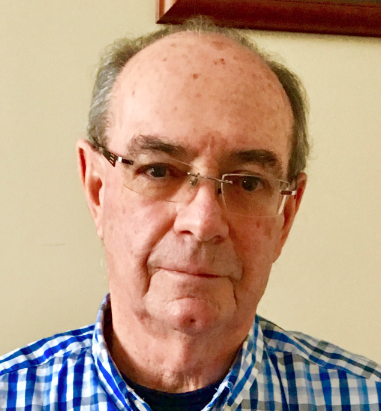 Codpeace and the White House
In the three to four months that Codpeace lasted, there were many memorable and zany moments.
In a recent interview, St. John’s resident Jim Winters (pictured left), who refers to himself as a periphery founding member, recalls two of his favourite memories from the many far-out antics pulled off by the Codpeacers.
The first was the tuxedoed ring master on the ice during the seal hunt. The second was a call placed to the White House in Washington, DC during an ACODemy Awards Dinner at the Holiday Inn. Codpeace threatened to steal into the capital and capture the great Presidential Seal of America if then President Jimmy Carter (Codder) didn’t overturn a congressional resolution condemning the annual seal hunt off Newfoundland.

“Of course, the staff at the White House couldn’t risk that this was not a serious scheme and so, kept the conversation going,” Winters says. “That telephone conservation was absolutely hilarious!”
Winters also remembers attending a publicity stunt with his young daughter, Keilan, where a bright yellow helicopter landed in Bannerman Park. Out came perky Cuddles carrying the great American seal. Codpeace informed the crowd the seal (a round plaque about a metre in diameter bearing the eagle symbol) had been removed from the nearby door of the former US consulate building. (Of course, it was just a replica, used in the satire.) 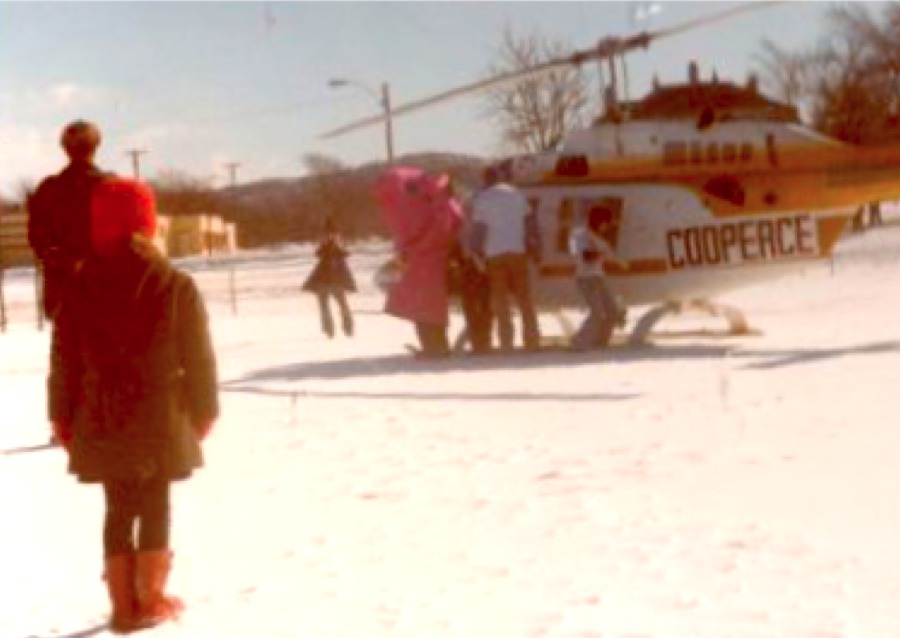 At the park, Codpeace issued a diplomatic request to the American president: “In the spirit of goodwill, the president is asked to return the sealskin coat confiscated by his customs officers from a recent Canadian delegate to the US. If the president does not comply with the request of Codpeace, the great seal of the United States will spend the rest of its life juggling balls in a travelling circus somewhere on the East Coast of Canada.” (Telegram - February 23, 1979)

Assessing Codpeace
Codpeace’s run was over before 1979 was, but it made its mark in history. In the years since, Ayre had an impressive career as an esteemed businessman and publisher and he was bestowed the Order of Canada and a Doctor of Laws degree from Memorial University. His involvement in Codpeace was noted in the oratory speech at the MUN convocation in 2007. The Codfather was applauded for catching “the attention of the world’s press using his wicked, satirical wit to expose the sensationalist rhetoric of the celebrity seekers of the day.”
From his vantage point, Winters concludes that the success of the club at the time lay with the fact it stood up to challenge a cultural wrong. “These groups and individuals need to be combated forever and a day in quest of our dignity of character. No people should have to put up with being vilified.”
Today, though, it seems Greenpeace and its supporters are still getting the last laugh. Greenpeace survives with the whitecoat still as its potent mascot, while the 1979 Codpeace uprising is but a memory. Further, seals have multiplied, while cod stocks have suffered a near-collapse, as they simply were not cuddly.
Still, the Codpeace days are regaled as Newfoundland politics at its best - when even the elite townies were cheering for the dignity and sustainability of our noble cod. It was a time when our beloved fish was revived as a proud cultural symbol to fight the good fight.
And it is tempting to imagine that had the cod commotion been sustained, it may have successfully thwarted the ecological and cultural savagery inflicted by the cod moratorium and delivered “The Voiceless Ones” their long-awaited peace. - By Kim Ploughman
MORE ARTICLES
load more