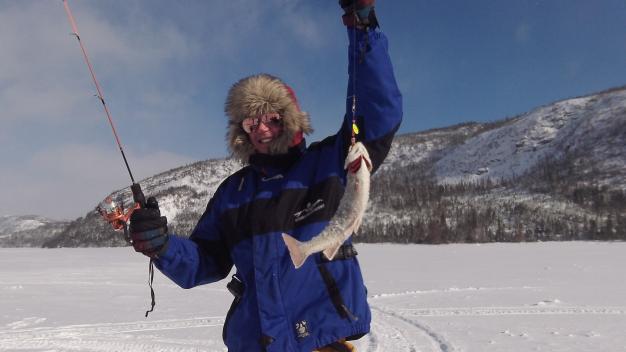 All photos courtesy Four Seasons Tours
In the summer, you can find Darren Park in his dory giving fishing tours and taking photographers out to capture bald eagles on camera. In the winter, he’s astride his snow machine, guiding snowmobilers through the backcountry. He’s done what so many others in his business wish for: he’s created a year-round tourism company.
Since 2009, Darren has been operating Four Seasons Tours from Cox’s Cove in the Bay of Islands, near Corner Brook. He offers unique, private and personal tours, and he’s had people from as far away as Russia and China in his boat. “They’re coming to Newfoundland…it’s the Newfoundland dory, that’s the big sell, right?”
This is his dream job. Before he started Four Seasons Tours, Darren had tried his hand at a number of jobs: “You name it, from scaffler to a flagman to survey rodman, to roofer to fish plant worker to a DFO monitor…You had to work, right?” he says. Now he gets to be his own boss and stay in the community he grew up in. “That’s the bonus,” he says. “I live in Cox’s Cove, that’s my hometown.”
One of his most popular excursions is to see the bald eagles. One summer when fishing was a little bit slow, he came up with the idea. “I’ve been pretty well feeding bald eagles for 15, 20 years and there’s a lot of photographers out there,” he says. Since he began promoting bald eagle photography tours, he estimates 60 to 70 per cent of his trips are made up of photographers from all over the world looking to get close to the majestic birds.
Darren’s success is tied to the entrepreneurial idea of finding out what people want and offering it. He’s even taken people on berrypicking adventures, another authentic Newfoundland and Labrador experience that tourists can’t seem to get enough of. 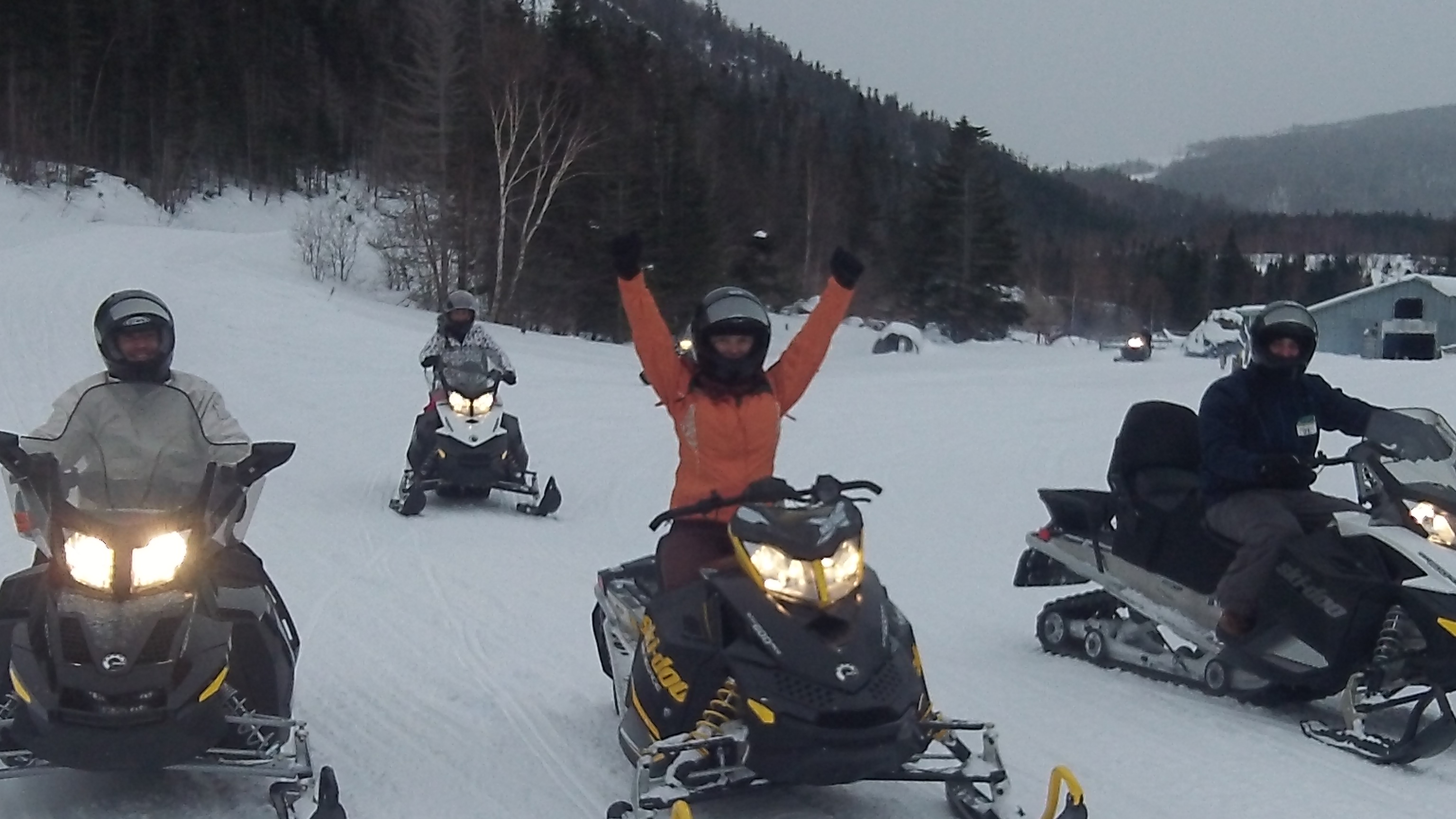 When the temperature drops and Darren has to put his boat away, he changes gears with the season
by offering snowmobile tours. He takes clients into the Tablelands, where they’re treated to amazing scenery as well as the occasional wild animal sightings, including moose.
Too often when people think of Newfoundland as a tourist destination, they think of spring and summer, glossing over winter. But they’d be missing out on what our province has to offer, Darren says. “You’ve got skiing, you’ve got cross-country, downhill, snowshoeing, hiking, snowmobiling, ice fishing,” he lists off. Darren has even organized rabbit catching trips, where he’ll take people out to set snares and come back the next day for any rabbits. He then cooks them up for supper.
Four Seasons Tours has also teamed up with nearby Marble Mountain for a package: customers stay at the resort, get a ski pass and zipline tour, and Darren gives them guided snowmobile tours. 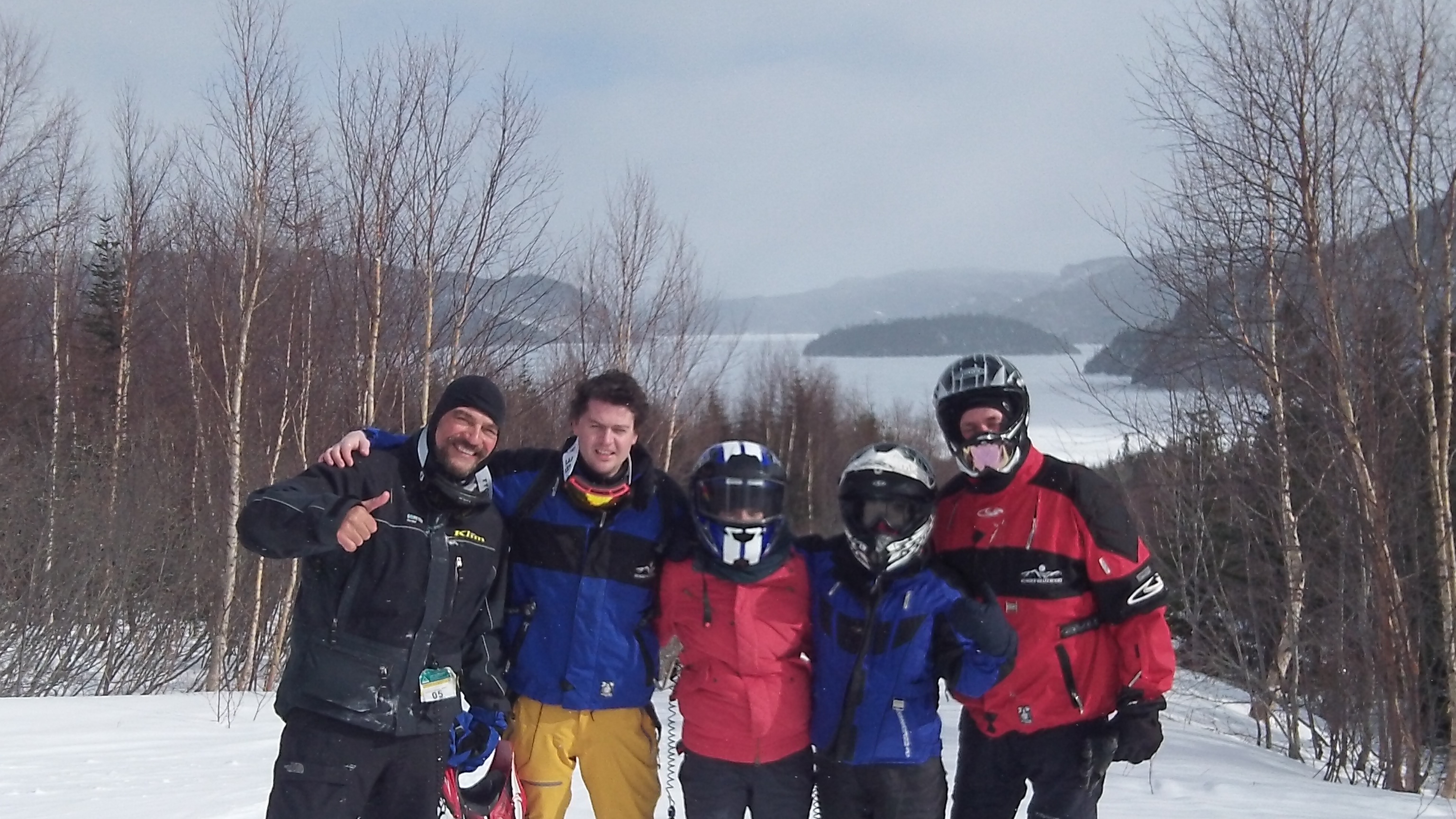 Old-Fashioned NL Hospitality
It’s one thing to bring clients out to see the wonders of Newfoundland and Labrador, it’s another to help them feel it. That’s where good ol’ hospitality comes in, and it’s where Darren shines.
After a snowmobile tour along the trails, Darren brings clients back to his cabin, located about two kilometres off the groomed trail. There, they can walk around and enjoy the peace and quiet, feeding the grey jays while Darren prepares a cook up. It’s always a big hit, with hot chocolate, homemade blueberry muffins, capelin, along with a bit of moose or squid. “It’s all Newfoundland stuff,” he says. People are amazed by the experience he provides, served with Newfoundland hospitality.
Even during the summer, when the fish catching tour is over and the boat’s tied on, Darren invites passengers back to his home. Along with whatever fish they caught, they get pulled-from-the-ground potatoes and onions from his garden. He’s had children as young as four years old on his tours, so this is something they’ve never seen and the parents appreciate it because “it’s almost like a little educational trip,” he says.
“It’s little simple things that a lot of people take for granted, but it’s an eye opener for a lot of people,” Darren says, and he tries to give people those types of experiences when they’re out with him no matter the season. “You get people here and anything to spread the word or get people to come back, that’s what it’s all about,” he says.
Darren’s offering Newfoundland and Labrador generosity that people can’t get anywhere else. “I’ve been a Newfoundlander all my life, 48 years and never off the Rock. Living the dream, doing something you love to do and meeting people from all over the world, that’s pretty well how I preach it.” - By Elizabeth Whitten
MORE ARTICLES
load more