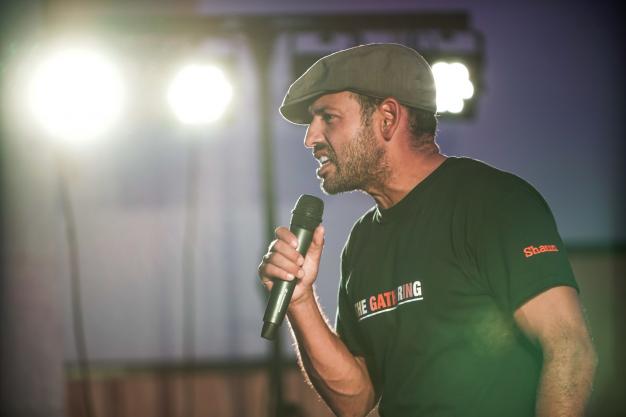 As Newfoundlanders and Labradorians, we tend to sometimes take for granted the beauty that surrounds us. With picturesque communities and coves at every turn; more berries, wildflowers and wildlife than you can shake a stick at (which you probably shouldn't do should you encounter one of our many moose!); and some of the best hiking, camping and wilderness experiences that you’ll find anywhere, it truly is a nature-lover’s paradise.

But there’s no need to tell Shaun Majumder. He already knows.

As one of the stars of CBC’s “This Hour Has 22 Minutes” (who also appears in the upcoming Hatching, Matching and Dispatching film this December), and a familiar face at comedy festivals around the world, the Burlington, NL native is perhaps best known for being foolish. From his hilarious impressions of fellow Canucks like David Suzuki and Ian Hanomansing, to his alter ego Raj Binder (the nervous and excessively sweaty Indian reporter), he has funny coming out of his pores. But today, he offers a rare peek at his serious side.

Fire, Food & Music
A few minutes with Shaun is all it takes to realize that while you can take the boy out of Burlington, you can’t take Burlington out of the boy. He simply exudes hometown pride and has spent the best part of the last decade working towards exalting the reputation and lure of this tiny Baie Verte Peninsula community (population approximately 300).
It all started a few years back when Shaun, who was pursuing his acting career in Los Angeles, decided to buy his old school house in Burlington.
“That was what sort of started it, because I just wanted land in Burlington because I loved it, and I wanted to go back there and eventually build a house,” he says.
Over time, Shaun’s plans morphed into something far bigger. He set out on an ambitious path to turn his beloved Burlington, a town with no restaurants or accommodations, into a world-class tourist destination. It began with plans to build a $2.7-million lodge - a process documented for TV and aired on the W Network’s “Majumder Manor.”
By the time season one had wrapped, Shaun and crew had built a big community greenhouse and decided to throw “a little harvest party” to celebrate. They invited local musicians and chefs (and set up prospector tents to house them), and people all over the peninsula. That’s how The Gathering was born.
“We were trying to test something…we weren’t even thinking at that time, ‘Let’s throw an annual festival,’” Shaun says.
Shaun had cast a proverbial pebble into the pond - like the ripples ever broadening, his vision grew. The next year, Shaun and co. decided to expand upon their harvest party by adding chef hikes featuring local foods like mussels and moose.
“We created the chef hikes based on the idea of, let’s do what people have been doing here for years - hiking through the woods, down into a beach, have a boil-up on the beach - but let’s elevate it. So let’s have the chefs prepare a gourmet feast over open flame, and let’s have musicians play out there while you’re enjoying your boil-up,” Shaun explains. 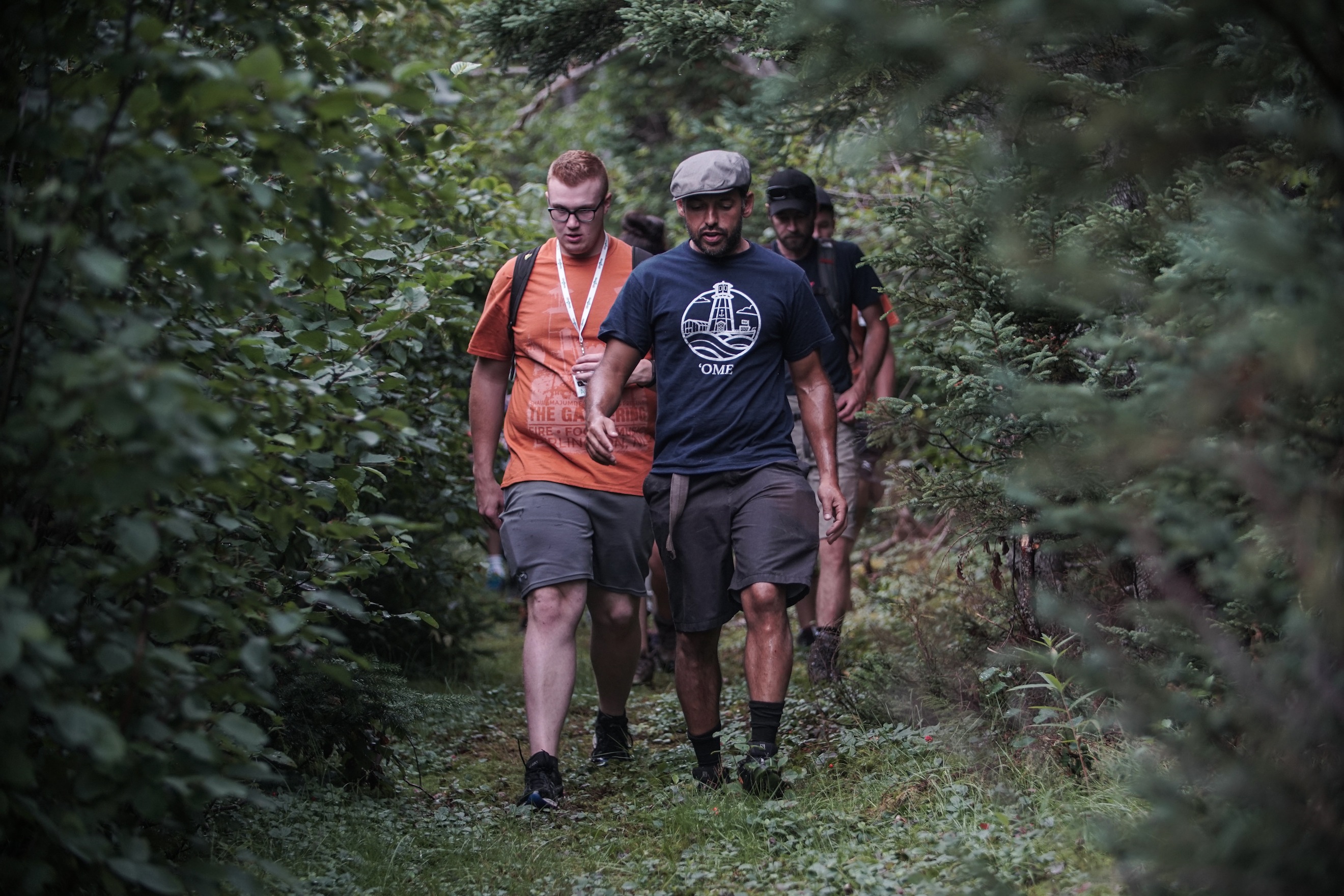 Five years later, The Gathering has become a highly anticipated summer event. With the tagline “Fire, Food and Music,” it strives to get folks back to nature, while celebrating the cuisine and culture of the province that Shaun loves so well. In addition to renown local chefs and some of the best music the province and country has to offer (this year’s festival featured the likes of The Once and Bud Davidge of Simani fame, along with Nova Scotia father-and-son duo Bill and Joel Plaskett), the event includes comedy shows, shed crawls, a “Jigg’s Dinner Supper” and more.

Giving Back
The Gathering, and the greenhouse, is just part of ’OME (a nod to the local accent), a non-profit social enterprise that aims to create a sustainable micro economy through tourism in the Burlington-Smith’s Harbour-Middle Arm area. Other pieces include the ’Ome Fry chip van and ’Ome Sweet ’Ome accommodations, which include Newfoundland-made glamping tents, a guest pod (like a cabin) and, eventually, the lodge. 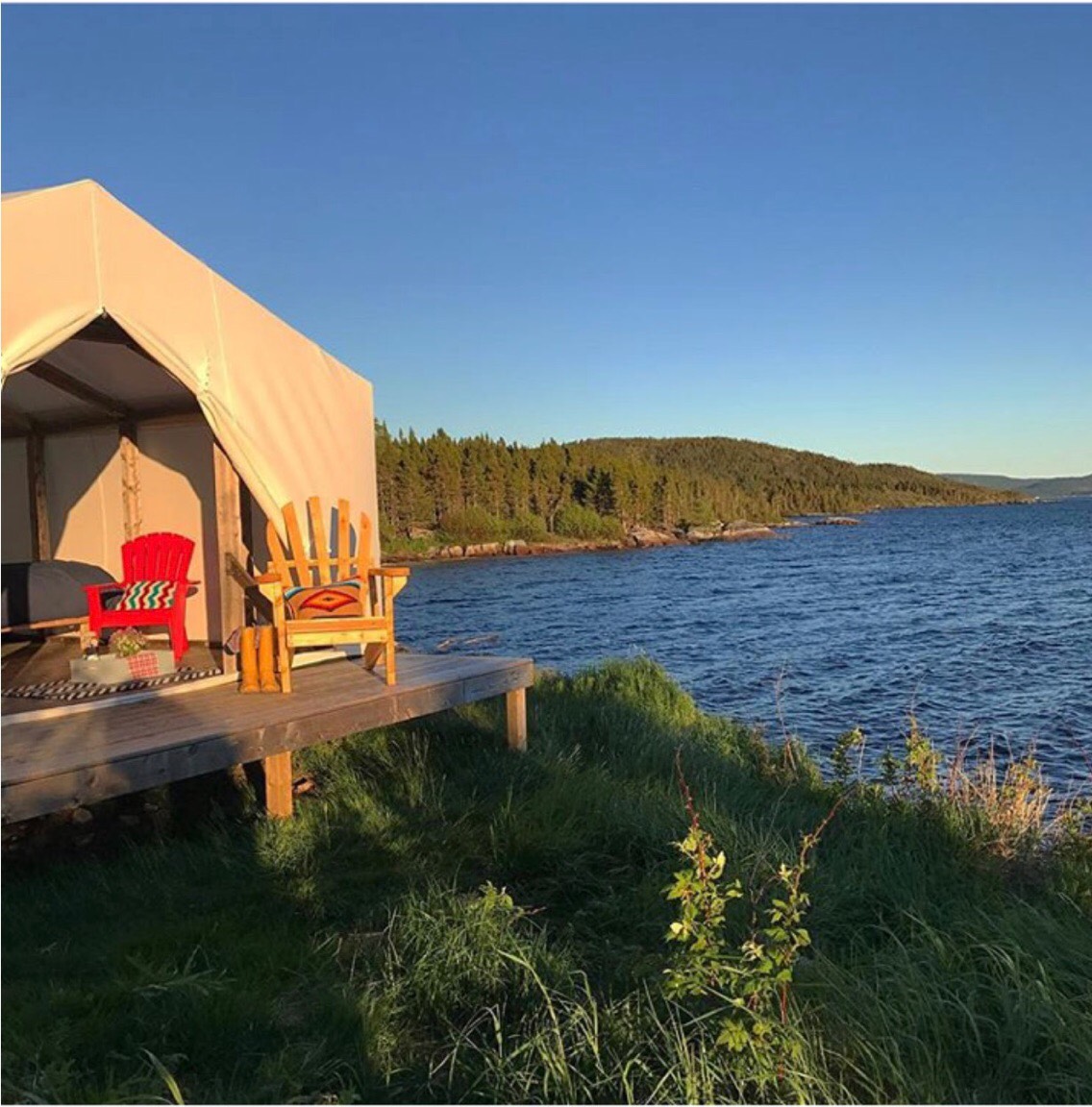 All profits and revenue generated from the enterprise are reinvested back into the community. Shaun is also using ’OME to encourage locals to tap into their entrepreneurial spirit. One youth, for instance, has been using his quad to ferry guests’ luggage to and from The Gathering grounds (usually making close to a couple thousand dollars over the weekend).

“In rural Newfoundland, back in the day, we were built on entrepreneurs,” Shaun says. “What we need to do is also try to inspire and encourage people to think in terms of not waiting around to get a job, but to create [their] own business and be totally in control.”
This summer, Shaun took several of The Gathering’s featured acts on the road, with stops in St. John’s, Gander, Grand Falls-Windsor and Corner Brook. He hopes to take it to more out-of-the-way places in the future, to help open people’s eyes to the possibilities that exist in rural Newfoundland.
“All it is, is you need a place to stay and a place to eat and something to do. Burlington has not had any of that. We started from zero. There was no wharf, there were no hiking trails, there are no hiking trails still. There’s no infrastructure...there’s nothing there - but there’s everything there,” he says.
“If I were to put it down on paper and look at the trees we have, the topography we have, the coves we have, the exploratory ability of kayaking and snowmobiling and the remote camping opportunities that we have in Burlington - Green Bay, really...it’s an untapped place that nobody has ever really looked at as a tourism opportunity.”

For Shaun, ’ome is definitely where the heart is - and he hopes others might follow his lead, and their hearts, as well.

“The idea is if this works in Burlington, Middle Arm and Smith’s Harbour, we want to replicate that and possibly take it to other communities all over the island and say, look, here’s the model,” he says.
“You can have so much where you are. You just need to rethink where you are and what you are.” - By Linda Browne

Learn more about The Gathering and ’OME at thegatheringburlington.com & omesweetome.com. Below, watch Shaun take our 20 questions challenge. Warning: this video contains some colourful language.