The Sound of Traditional Music

Traditional music is alive and well in Newfoundland. The sound of an accordion can stir up pangs of nostalgia in townies and baymen alike, and you'd likely be hard pressed to find a community without a kitchen party going on any given Friday night.

There is something unique about the music that comes from this island. Drawing on many cultural influences, the traditional music of Newfoundland has evolved over centuries into something distinct, similar to the way that, over generations, the people who settled here became Newfoundlanders.
A festival taking place this month, September 6-10, in Newfoundland and Labrador explores the connections between the music of this province and that of Ireland, perhaps the most recognizable influence heard in traditional Newfoundland music. Feile Seamus Creagh (Fay-la shay-mus cray) is a celebration of the traditional tunes, songs and dances of Newfoundland and Ireland. In its eighth year, the Feile (the Irish word for festival) brings top musicians and dancers from Ireland and pairs them with local musicians in a series of concerts around the Avalon Peninsula. The lineup this year features local acts Fergus O’Byrne and Fergus Brown-O’Byrne, Rum Ragged, Dave Penny, and Greg and Karla Walsh. Performers from Ireland include The Friel Sisters, Matt Cranitch, Jackie Daley & Paul de Grae, Cordeen and Sean Nós (Irish for old-style) dancer Edwina Guckian.
“But, it’s not only about the visiting artists,” says Rob Brown, one of the festival organizers. “It’s about showcasing the connections between Newfoundland and Ireland.”
Seamus Creagh, the namesake of the Feile, was one of many musicians who contributed to those transatlantic connections. Born in 1947 in Westmeath, Seamus moved to Cork in his early 20s and went on to become a master fiddle player of the tunes from the region. He first came to Newfoundland in 1987 and soon met his future wife.
“As the story goes, he came over for the folk festival. He was planning to stay for five weeks and he stayed for five years,” says Rob.

During his time here, Seamus joined traditional Newfoundland group Tickle Harbour, playing on their album The Brule Boys in Paris, as well as recording a solo album titled Came the Dawn. Both albums are regarded as being highly influential to traditional music in Newfoundland, with many tunes (the word used for traditional instrumental music) making their way into the repertoire of players on the northeast coast.

After returning to Ireland, Seamus kept in touch with friends in Newfoundland and always had a bed or a meal for visiting musicians. In 2000, he met Graham Wells, a young accordion player from St. John’s. They eventually recruited other musicians from Ireland and Newfoundland and recorded an album called Island to Island, which features tunes native to each tradition. Graham went on to play with several Newfoundland acts, but Seamus’s influence never left him. After his passing in 2009, Graham decided to hold a festival in Seamus’s honour that celebrates the musical traditions of both islands.

Telling the tunes apart
So, what separates Newfoundland tunes from Irish tunes? To many, they may sound indistinguishable. But according to musician Jim Payne (pictured below), who also teaches a Newfoundland accordion course at Memorial University, tunes from this province draw on several traditions and contain nuances that place them in their own musical category.
“Besides the indigenous population, Newfoundland is mostly made up of four settler groups - English, Irish, Scottish and French,” he says. “So, it stands to reason that when you take people from these different cultures and mix them all together, eventually there’s going to be some sort of a hybrid form of expression come out of that.” 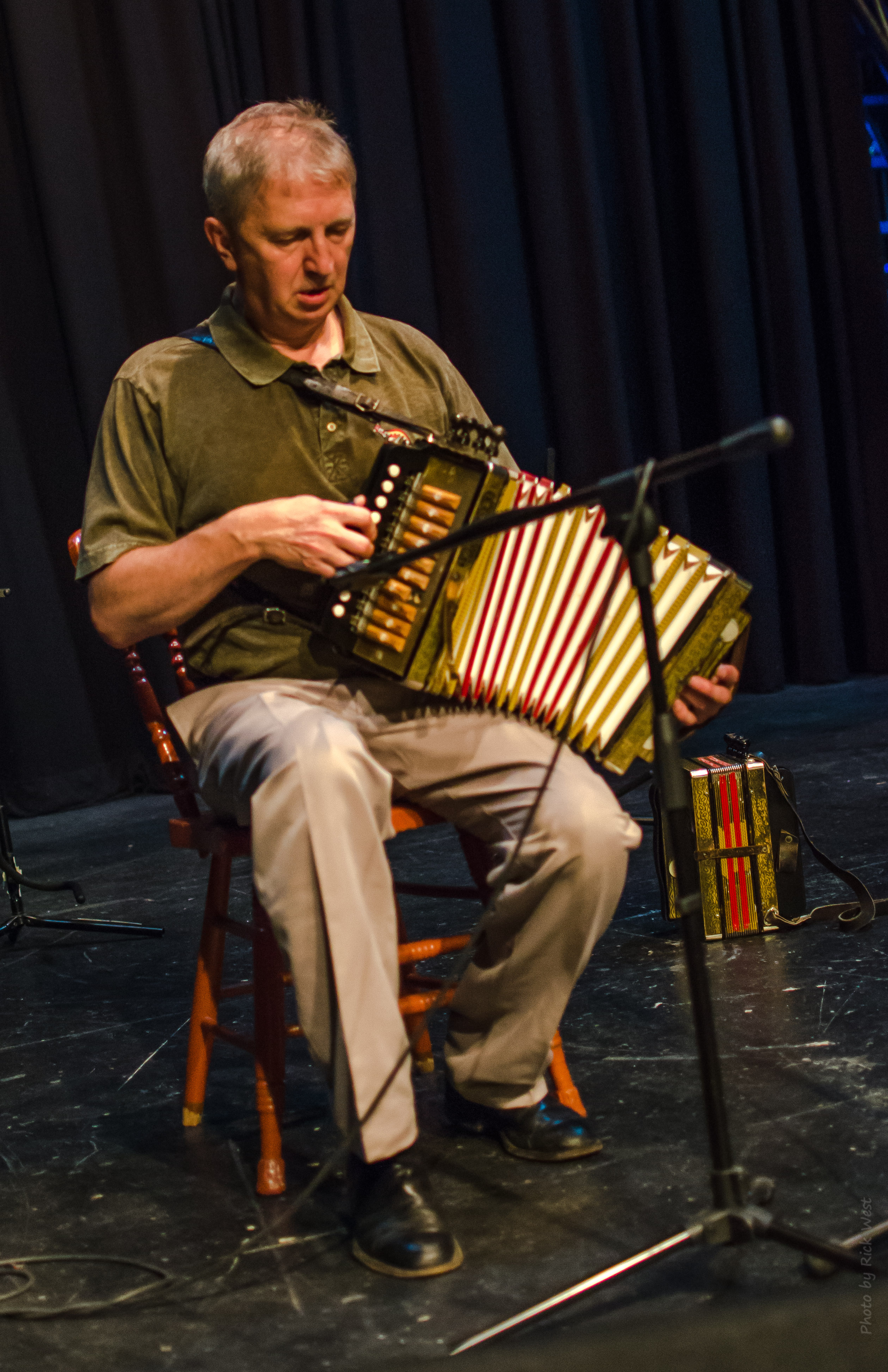 Newfoundland tunes are often faster and more aggressive than their Irish counterparts, which Jim thinks stems from the environments they were played in. At their roots, both traditional Irish and Newfoundland tunes were written for dancing. Jim, who once taught at the Irish National Dance and Theatre School, says many of the Irish dancers and musicians he worked with were caught off guard by how fast the tunes are.

“But, [Newfoundlanders] were dancing in much tighter spaces, and they had less room to travel on the dances, so they didn’t need as much time. They danced in kitchens, so it evolved in kitchens,” says Jim.
Dance tunes from this province are also known for being “crooked” - an extra beat is sometimes added to a place in the tune where it might be unexpected. They also tend to be less ornamental and more “choppy” than Irish tunes due to the types of accordions available on the island - four-stop, one-row accordions that required much more pushing and pulling than the two-row accordions popular in Ireland.
This year, the Feile features a new band that aims to merge both musical traditions. Cordeen is a four-piece accordion ensemble of master players from either side of the Atlantic: Graham Wells, formerly of the Irish Descendants, and Billy Sutton of The Fables represent Newfoundland; award-winning Irish accordion players Benny McCarthy and Conor Moriority balance out the Irish side. Their debut album, Musical Bridge, explores the connections of the songs and tunes of Newfoundland and Ireland using only accordions.

“With tunes, we’ll try to approach it as four individual instruments as opposed to four of the same instruments, if that makes sense. And, when we can, we’ll try to manage them together in sets, like a Newfoundland tune with an Irish tune,” says Billy Sutton.

One track, titled “Herb Reid’s/Irish Polka,” is a prime example of the subtle differences in the two types of tunes. Herb Reid’s is a single, which is a type of traditional tune unique to Newfoundland, followed by a polka from Ireland. Instrumental tunes are often categorized based on their time signature, and although these two tunes are technically in the same time signature, the way they’re played makes them distinct.

“The only difference is the attack, or the approach to them. A polka and a single have the exact same structure, only with a single, the emphasis is on a different beat and they tend to be faster and more aggressive,” says Billy.
“I’d imagine it’s because a lot of that music was taken over here and just took on a life its own, over time. Which is inevitable, really, especially when given the isolation and people’s abilities.”
See Cordeen and other  musicians from Ireland and Newfoundland, at the Feile Seamus Creagh, with shows  in St. John’s, Freshwater (Carbonear), Ferryland and Bay Bulls. Visit www.feileseamuscreagh.com for complete details. - By Stacey Seward