Kathie Hicks (left), COO and co-owner of Spirit of Newfoundland, has been working with principal performer Shelley Neville (right) since their very first performance 20 years ago.

Al Capone gazes down at me with a grin that is a potent mixture of one shot charm and two shots connivance, with a dash of danger thrown in for good measure. Sunlight filters in through amber-tinted windows of the beautiful 1894 building and falls across rum-stained wooden floorboards. I almost expect some Prohibition-era gangster to saunter into the bottle-lined barroom. Sipping a deep-flavoured dark coffee to go with my serving of the establishment’s signature treat - Screech Cake - my eyes wander from vintage furniture to ornate wood work, and to all the accoutrements of a place designed with love, filled with stories and meant to last. 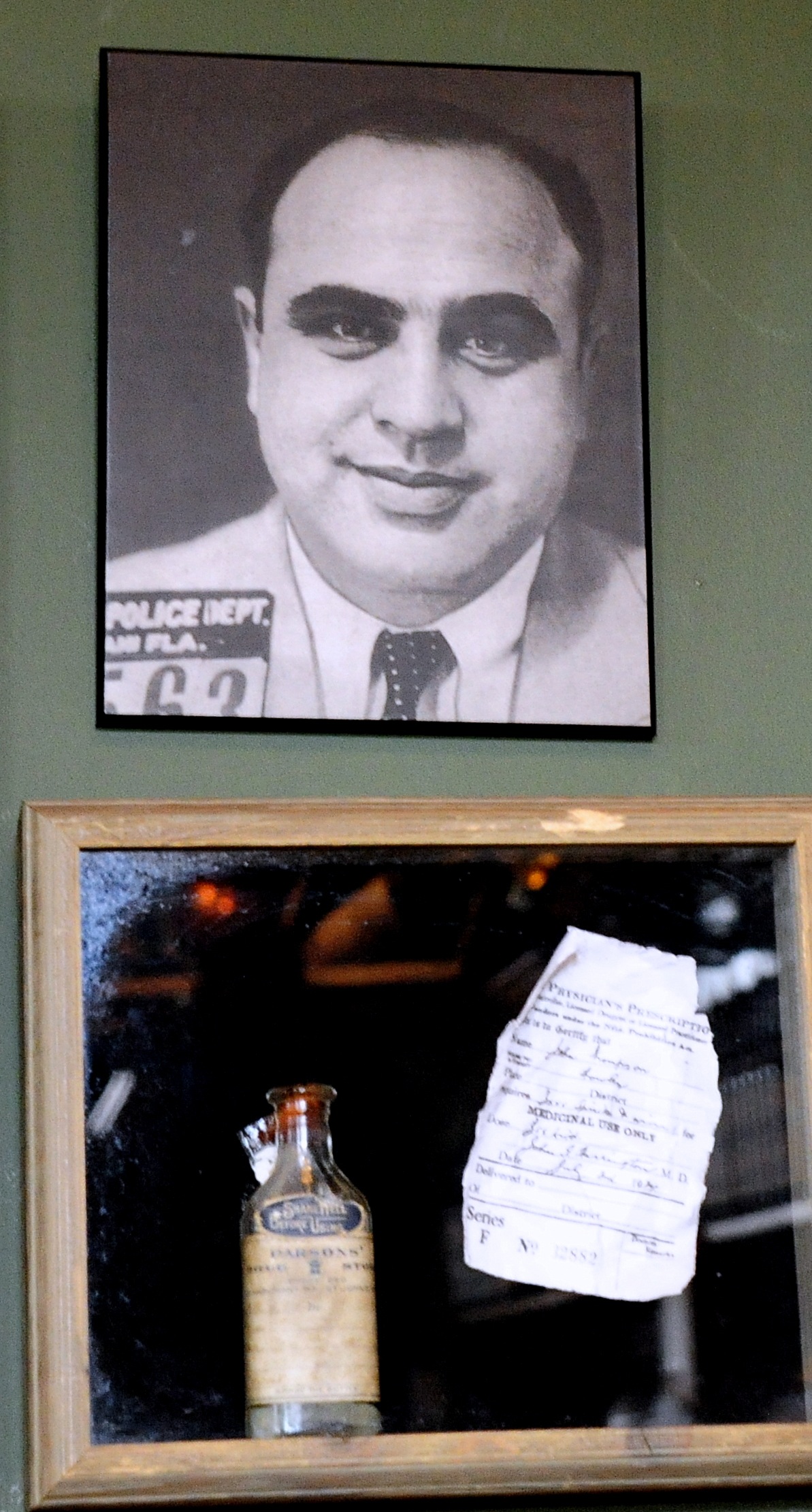 Best known for producing a series of ever-popular dinner-and-a-show events, the Spirit of Newfoundland performance company (abbreviated as “Spirit”) has become a Newfoundland and Labrador institution.
Chief operating officer and co-owner, Kathie Hicks says she can hardly believe 20 years have flown past since their first performance in July 1997, even while we’re looking over two decades of photographs, posters and playbills she’s collected.
“Of course, when we look at the pictures we all still look like we did 20 years ago,” she says and laughs. “Well even if that is not exactly true, we are growing into ourselves.”

Spirit of Newfoundland put off their first dinner theatre at the Majestic Theatre, on the corner of Duckworth Street and Queen's Road in downtown St. John’s. It was an “all hands on deck” operation. “The performers not only acted and sang, they took drink orders, helped with tickets and so on,” says Kathie. “We decided to hire the best people in town at the time to do the catering and cook the food and we had amazing performers, so we knew we had all the dynamics of a great show, but we could not get people in the doors right away.”

Shelley Neville, the company’s principal performer, was one of the original cast members.  She adds, “When we first started it was slow because nobody knew who we were, and I remember standing in the streets passing out tickets and pamphlets and almost hauling people out of cars. We had nothing but Peter Halley [president and artistic director] and Kathie Hicks with a song [Spirit of Newfoundland theme song still sung at the end of every show] and a great idea. We told people we were going to have this fabulous three-course meal and a show and it was going to be gorgeous, but we had none of that. So we went to Bell Island for a weekend and stayed on a farm to write the original show, ‘Hard Tickets and High Society.’ It was a beautiful experience. Of course, in the run up practices to opening night I got a flu or something and could hardly sing, but the show must go on and we did it.”

A quirk of city layout may have unintentionally added to the initial success of Spirit. The Majestic has a very narrow, flat-iron style architecture frontage that noses out into traffic. With no parking lot outside and no waiting area inside, the audience would line up outside, often wrapping around the curve of the building following the sidewalk. Folks started to notice the lineups and it created a buzz that got even louder after then premier Brian Tobin commented on the show. After that, it took off.
Over the years, Spirit’s cast of musicians and actors has produced several records and captured multiple international awards. And while some members have moved on to other projects, they haven’t likely forgotten their time with the company. One early performer, Petrina Bromley, is currently on Broadway performing in the multi-award winning play “Come From Away.” She recalls her time with Spirit of Newfoundland with fondness in this statement: “Spirit has carved out a very special place as a perennial favourite night out in St. John’s. The laughter and music of every Spirit show is the same offstage as it is on. I remember laughter more than anything else. It was an atmosphere of friends coming together to create a party with their audiences full of incredible musicianship and a true sense of fun. Congratulations to Spirit of NL on 20 years of sharing the music, laughter and essence of Newfoundland and Labrador, with delighted audiences from all over the world.” 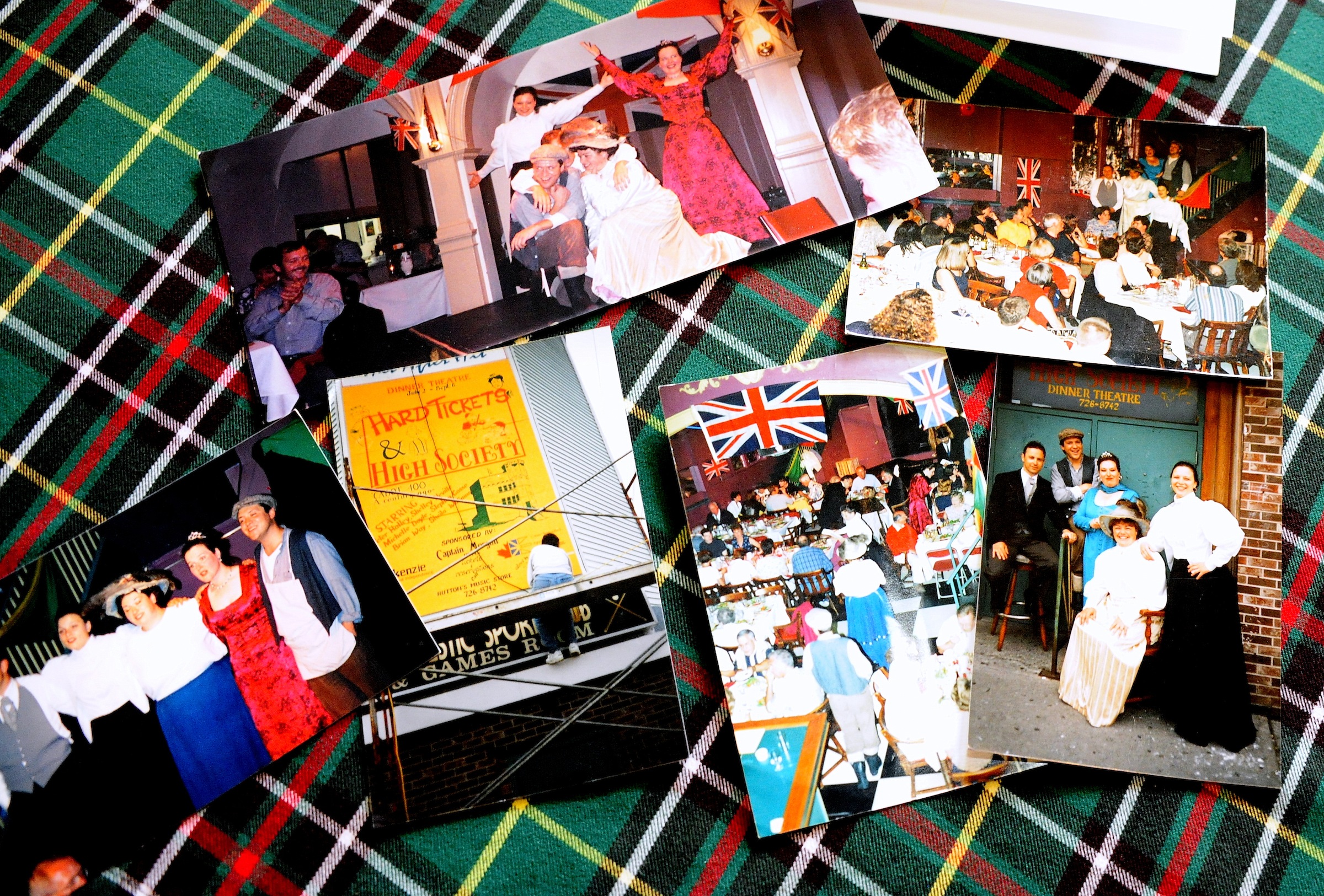 The company has expanded its scope to include a catering company and Marconi’s Café in the Johnson Geo Centre. In 2008, they purchased the former Masonic Temple, a city landmark, and transformed it into the Masonic Theatre. Spirit produces dinner theatre at the Masonic year-round, plus other satellite performances, adding up to more than 100 shows a year.

The Masonic was built in 1897 and it is in need of some refurbishing and updating. Spirit has great plans for improving the space and their operation, but it’s going to take a sizable investment. They are hoping to raise much-needed funds with a special concert on August 24 & 25 at Holy Heart Theatre. The Big Spirit Reunion Gala will feature a star lineup of past and present Spirit performers. With more than 300 plus performers in their alumni (including Broadway, film and television stars) and over 87 shows produced, they have an abundance of talent and topics to choose from. - Story and photos by Dennis Flynn 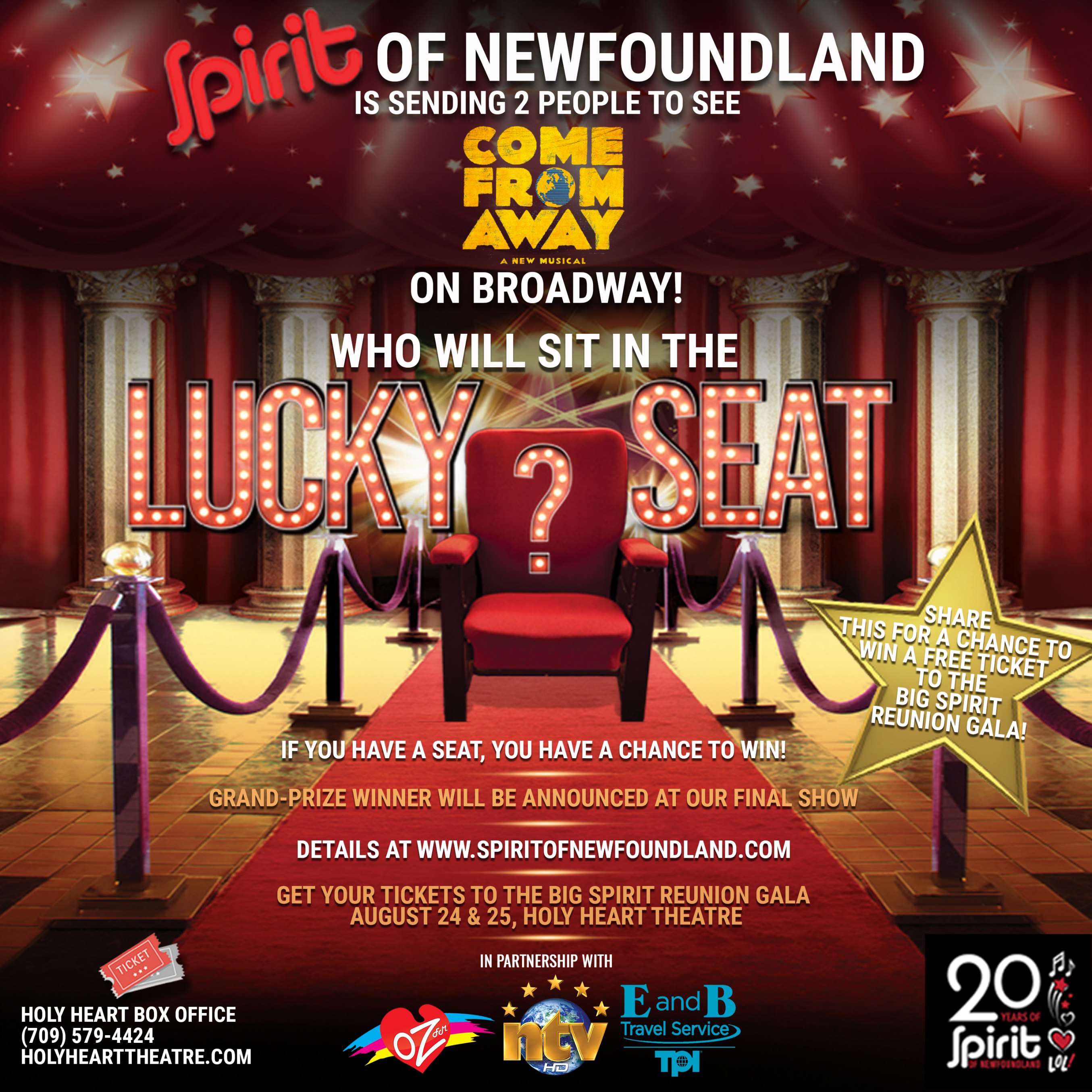