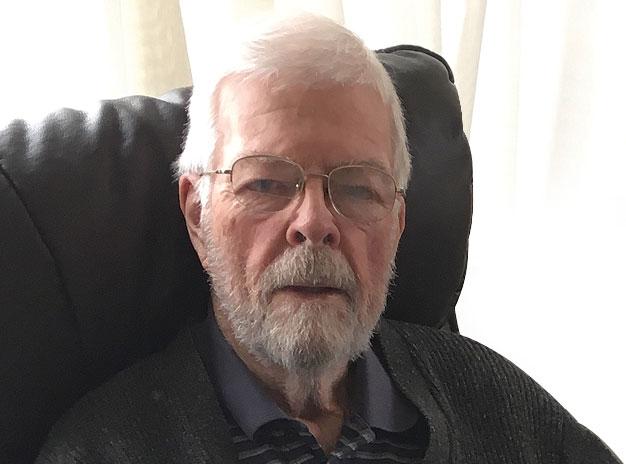 If John Cabot were to turn up on our rocky shores today, this explorer would not find waters teeming with cod. In fact, unless he had a sentinel or stewardship licence, or visited during the food fishery, he would not be able to fish at all, not even with a basket. We'd have to break the news that a cod bomb levelled the fishery in 1992. Nature had been overthrown and our iconic fish had been harvested to the brink of extinction.
One person we might charge with the task of bringing Cabot up to date on this calamity would be the Hon. John Crosbie. This Newfoundlander and former federal fisheries minister was front and centre of the tragedy often described as the second greatest milestone in the province’s history, outside of its European discovery by Cabot in 1497.
Cabot and Crosbie - these two famous characters in Newfoundland lore were on the front and tail ends, respectively, of a cod-fishing spree that lasted almost 500 years.
While Cabot’s famous words were, the “sea there is full of fish that can be taken not only with nets but with fishing-baskets,” Crosbie’s colourful expletive was, “I didn’t take the fish from the goddamn water!”
Following the modern glory days of the fishery in the 1960s and ’70s, fishermen and organizations started warning of dwindling cod stocks and smaller fish; but it all fell on deaf ears. Scarcity became a catastrophe when cod fell flat on its back in 1992 and the word moratorium entered our lexicon. Almost immediately, 30,000 people would lose their jobs and, over time, 80,000 would outmigrate.
In a recent interview with John Crosbie, now 86, he reflected on that dark time in the province’s narrative and on the ongoing fishery crisis.

Making the Hard Call
Like many others, Crosbie never imagined the cod ban would last for as long as it has - a quarter of a century. However, Crosbie recalls knowing well before becoming fisheries minister on April 21, 1991, that a black shadow was about to be cast upon his home province.
“The fishery was getting worse and worse every year; and when I became minister, the gravity rapidly increased because of the increasing access of fishing vessels from other countries in our waters,” he says, noting it took time to gather the dire information and present the case to cabinet and the Prime Minister that the cod fishery would have to be shuttered after five centuries. “Lucky for me, it was Brian Mulroney, as unlike many first ministers provincially or federally, he listened.”
To underscore the importance of good leadership in solving issues, Crosbie contrasted “the difficult and corrupt one-man-show of Smallwood,” who, he says, made decisions on his own and worked in isolation rather than through collaboration. Crosbie credits his relationship with and influence on Mulroney with helping Ottawa see how desperate the problem was, and with getting a special committee of top ministers appointed to assist Crosbie in dealing  with the crisis.
At one point during the interview, Crosbie’s wife, Jane, chimed in and remarked that her husband “found it very hard to make the decision - as a Newfoundlander, and personally, as his family had all been in the fishery. He took a lot of abuse, but he understood the importance of the fishery to our province.”
They both recall the day in Bay Bulls when Crosbie “foolishly” visited with his family to address his constituents. Angry fishermen tried to block the politician’s way. It was then he uttered his most well-known statement, Crosbie recalls: “I approached them and said, ‘Look, I never took the fish from the goddamn water - you did!’ In other words, the reason for this problem is your overfishing, among other reasons.”
A press conference at the Delta hotel in St. John’s the following day dealt the death knell all had feared. A fishery that had sustained the province and its far-flung outports for nearly 500 years had collapsed and a cod-fishing ban was immediately imposed.
Crosbie describes the dramatics of that historic press conference. “Someone in my staff made a foolish mistake,” he says about the decision to put him in one room with the media to make the announcement while the fishermen were held in an adjoining room. “This [was met] with great disapproval from the fishermen; Jesus, the hammering, they attacked the door. Naturally, they were angry as hell. Luckily, the hotel had strong doors…that probably saved my life.”
This “hullabaloo” was broadcast to all Canadians, including his federal colleagues. Ironically, Crosbie credits this uproar and his near-lynching with loosening Ottawa’s purse strings for more compensation.
“This was very helpful when I got back to Ottawa. They saw how serious it was and Mulroney beefed up the program considerably,” he says. In the end, through Crosbie’s efforts, more than $4 billion was allotted in compensation to fisheries workers.

When asked today if he had made the right decision at the time, Crosbie retorts, “Wasn’t any question it was the right decision - we were running out of fish. I took the only action that was conceivable and possible at the time.”
The outspoken Newfoundlander admits that “the whole crisis of the cod fishery was the biggest political crisis I had been involved in.”

25 Years Later
Crosbie and his wife Jane are now residents of Kenny’s Pond Retirement Residence in St. John’s. Though long retired (after a stint as Newfoundland and Labrador’s Lieutenant-Governor), he remains a keen observer of the fisheries.
While Crosbie feels his landmark decision headed off a complete disaster, and the fishing industry is now considerably better, he notes, “We’re not out of the woods yet.” He sees the moratorium as a multi-generational crisis. “A cod crisis existed at the time and it’s a crisis now…we still have a major serious problem in the fishery, but now it involves the shellfish,” he says. The pressure on crab and shrimp stocks worries Crosbie, and he cautions against greatly increasing the amount of cod caught.
In his view, the fishery is a very important industry with issues that need to be overcome. “Half of the country is dependent on fisheries, so it is a major national problem and still needs lots of attention. We need to spend considerably more money on fisheries, protecting what we got, and ensure it is not overfished; otherwise, disruption and dissatisfaction will continue.”
One positive development since 1992, Crosbie offers, is the industry’s importance is now better understood by governments and by Canadians in general.
“If it is not [understood] now, we’re an incredibly stupid country and we will continue to suffer. We were completely unprepared back in 1992.”
Considering this year is the 25th anniversary of the moratorium, Crosbie feels “that the federal government should make an effort this year to do more to advance the cause of fisheries in areas where they can be of more assistance.” And with it being Canada 150, he adds, “they should further make a real determination to try and resolve the problem of the state of the fishery, not just in Newfoundland, but all of Canada.”
While Crosbie made it known in ’92 that he didn’t take the fish from the water, many believe federal mismanagement of the fisheries is the sole reason for the crisis then and today. Indeed, it was Crosbie who once remarked, “There was a tendency by politicians of all stripes to put the interests of fishermen - who were voters - against the interests of the cod, who weren’t.” - Story and photos by Kim Ploughman
MORE ARTICLES
load more