A Wicked Time Aboard the Downhome Cruise 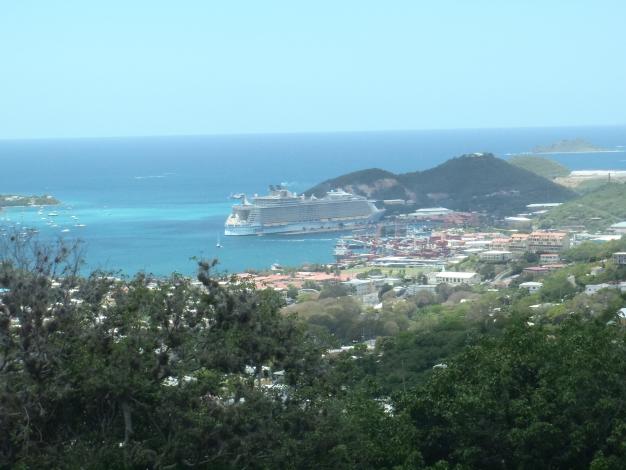 Oasis of the Seas in port at St. Thomas

In April this year, I joined about 200 other Newfoundlanders and Labradorians (and a few wannabes) onboard Royal Caribbean's Oasis of the Seas. If you follow Downhome on Facebook, Twitter or Instagram, you saw some of the highlights. But to really appreciate it - well, you had to be there.
Getting there was the first adventure. Mother Nature decided to play an April Fool’s trick and throw a multi-day wintry weather system at the east coast on the very weekend we were scheduled to fly to Florida. It was a mad scramble to rebook on earlier flights to get out ahead of the storm, only to have the bad weather meet us halfway and delay us an extra night mid-trip. Incredibly, despite leaving more than 24 hours earlier than we had planned, we wound up travelling for 36 hours and arriving in Orlando exactly when our original flight was supposed to get there. Mark Hiscock of Shanneyganock wrote a hilarious poem about our adventure. Below, watch him read it to us during our closing concert onboard the cruise ship.

We thought we had the best travel story going into this vacation, but we were wrong. Chris Gallichon and his girlfriend Kristen Sanger, both living in Calgary, AB, were booked on this cruise with other family members. I met Kristen at our welcome party as we were sailing away from Port Canaveral. I was helping hand out our guests’ nametags. She gave me her name, then said, with a hint of sadness, that her boyfriend Chris wouldn’t be needing his nametag. He couldn’t get away from work in time. But by midweek, she pulled off the greatest plan. Kristen got permission from Oasis of the Seas to have Chris board during our scheduled stop on the island of St. Maarten. He flew down from his worksite to Calgary airport, had a car drive to his home and wait while he threw his passport and a few items in a bag then drive him back to the airport to catch the first leg of his flight to St. Maarten. In St. Maarten, Kristen got a ride to the airport on an ATV where she met Chris. Together they paid a taxi driver extra to get them to the dock in time (apparently there was some sidewalk driving involved!), and I met him with his nametag at our private party in the Solarium Bar that night. Safe to say they were the happiest couple on board the ship that night.
From the opening cocktail party to the “Ode to Newfoundland” closing song, it was the most incredible week. Not only were there new friendships made, there was at least one surprise reunion. Two guests,
Perpetua Hilldrop and Frank Jackman, live in different towns in Ontario and are longtime expats from Newfoundland and Labrador. Perpetua happened to see Frank’s nametag on the table when she was getting hers and said, “I know a Frank Jackman. He’s from Bell Island.” So she sought him out and, sure enough, he was a cousin that she hadn’t seen for decades! They had a lot of catching up to do. (Frank has his own story he likes to tell about his first encounter with me. Maybe I’ll share that another time.) Before I leave this story, I have to give a shout-out to Perpetua for her stellar Mae West performance in a skit she convinced Downhome’s Todd Goodyear to perform with her on stage one afternoon. Perpetua, you are every bit as charming and entertaining as Mae West!
Perpetua’s granddaughter, Sophia Janszen Spitman, was Screeched-in on this trip, as was Mark Pittman of Naples, Florida. Mark Hiscock did a fine job as the Screech-in Master, and Downhome’s Grant Young - who’d shown himself all week to be a spirited feller on the dance floor - was called upon to lead the honorary Newfoundlanders in their first public jig.

It was no trouble filling a dance floor wherever our entertainers played on the ship. In particular, I found myself spellbound sometimes watching Judy Stamp and Anthony Powell swirling about night after night. And the lovely Wanda Pike and Georgina Parsons couldn’t resist a good tune. During Shanneyganock’s concert at the outdoor Aqua Theatre, they were twirling around on stage behind the band as good as any backup dancers.

Other hidden talents emerged throughout the week, especially during our Open Mic session and Karaoke. And everyone was buzzing about young Conor Nemec, who’d brought his accordion on this trip and joined his dad Tommy, his music teacher Aaron Collis (of Rum Ragged) and other musicians for several sets. He’s only been at it for two years, but he plays and behaves like a pro.

A special hello to Desmond Kenny Jr., undisputedly D’Arcy Broderick’s biggest fan and the Downhome Cruise honorary assistant coordinator this year. He didn’t miss an event, loved to work the room and made sure I was aware of any good photo or video opportunities (especially if D’Arcy was involved). I hope you have great memories of the cruise, Desmond. 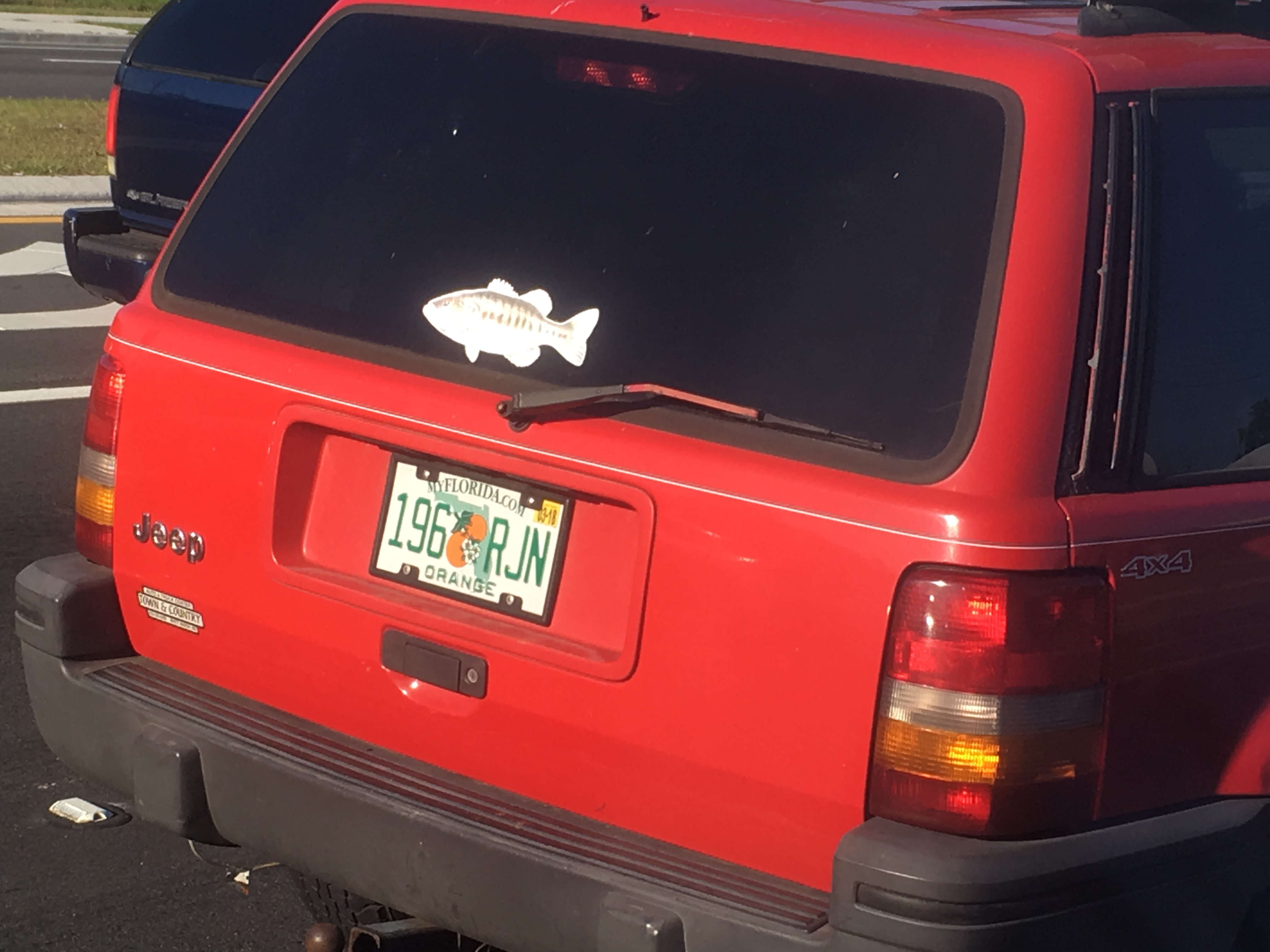 Of course, what’s a Downhome adventure without Corky Sly Conner? We smuggled him aboard and the ship’s crew gave him a place to hide and watch over all the goings on. Georgina Parsons was the first to get a photo of his position and show it to Todd Goodyear, so she won the US$100 prize. However, Les Holley deserves something (maybe a “Hard Ticket” trophy, eh Les?) for creating his own Find Corky game. It all started when he presented a photo of Corky in the Downhome magazine he’d brought onboard and declared he’d found the sly conner (“Well, he is technically on the ship,” he teased). He was told, no go, that’s not the Corky you’re looking for. So challenged, Les continued all week to take photos of pretty much any fish image he saw onboard and in port (actually, it’s my fault because I suggested it in fun). When he got home, he sent me his favourites, including the photo to the left!

A huge thank you goes to Deborah O’Connell and Andrea Samson of LeGrow’s Travel. These lovely ladies took great care of all our guests’ travel needs, going above and beyond sometimes to ensure that everyone had the best time on the Downhome Cruise. We couldn’t have pulled this off without them.

Finally, saving the best for last, hats off to Tommy Nemec; D’Arcy Broderick; Mark Manning and Aaron Collis of Rum Ragged; and Ian Chipman, Mark Hiscock and Chris Andrews of Shanneyganock for entertaining us day and night. Often Oasis of the Seas passengers who weren’t part of our group, and had no connection to Newfoundland and Labrador or heard our music before, would pause outside the doors of our live venues and look forlornly at the “Private Party” sign. Several times they commented to me that it was “by far the best live music anywhere on this ship.”

We were honoured to have private performances by such talented musicians and singers, and genuinely fine people. It was a privilege to have spent the week with all of you.

And we’re doing it again next year! Please join us for the “time” of your life on board Royal Caribbean’s Oasis of the Seas, February 18-24, 2018. Visit DownhomeCruise.com for more information, as well as more photos and videos from our 2017 trip. - By Janice Stuckless, Downhome Editor-in-Chief

We were on the cruise and had an awesome cruise the only photo we didn't get was the group photo . Did anybody get a chance to pick it up.