The Bard in the Bay 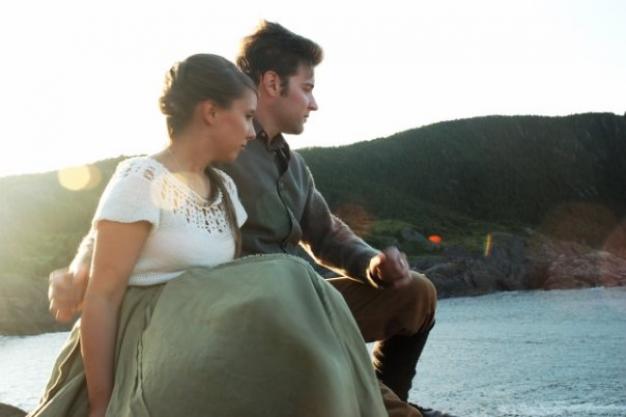 All photos courtesy Shakespeare By The Sea

While the curtain may not rise until July, preparations for Shakespeare by the Sea are already well underway. Speaking to Downhome in April about the St. John’s area theatre festival dedicated to the works of William Shakespeare, artistic director Ian Campbell explains spring is one of the most hectic times of the year for organizers. That’s the time for casting calls, recruiting volunteers and hosting auditions. Every year it takes a team of about 50 people to pull off the festival, and Ian says there’s plenty of work to do all year round as well.

Ian says the festival’s organizers are especially excited for the upcoming season, since this year marks the 25th anniversary of Shakespeare by the Sea.
It all started in 1993, when a group of Memorial University drama students came together to perform Shakespeare’s The Tempest against the cliffs of Logy Bay. While the festival has avoided repeat performances over the years, to mark this milestone season - themed “From Home Port to Uncharted Waters” - it’s going back to its roots.
“The Tempest is the very first play the festival did 25 years ago…So that’s ‘Home Port,’” Ian explains. “And we’ve paired it up with one of the remaining Shakespeare plays that the festival has yet to do, and that’s Timon of Athens."

When Ian joined the organization four years ago, he remembers being told that since its inception, the festival has had “a raw, rugged elemental history to it.” It’s a major part of the festival’s charm, with organizers taking advantage of the province’s dramatic landscape. 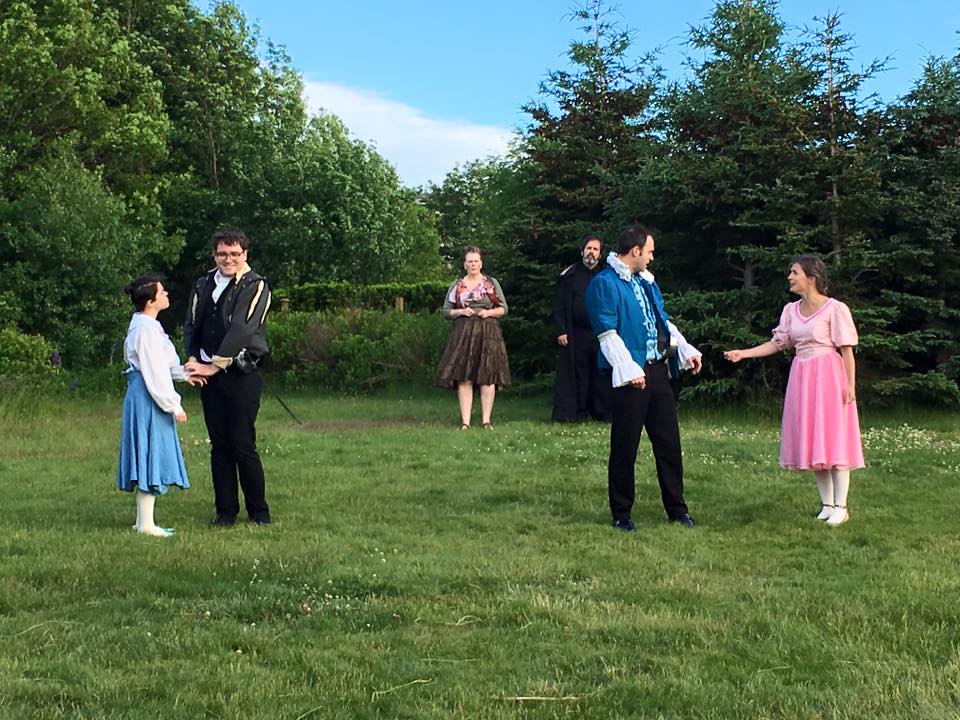 “It’s a daunting place to think about staging a Shakespearian production. You have just a massive ocean in the background; you have these rugged cliffs,” he says. “Doing Shakespeare in these really, you know, almost extreme locations, places that you wouldn’t think to attempt Shakespeare anywhere else - that has been a part of the company’s history from day one. And to this day that is what we do. Shakespeare by the Sea does exclusively site-specific theatre.”

Logy Bay remained the festival’s primary location for the first few seasons. It’s since expanded to other outdoor locations, as well as historic sites like the Newman Wine Vaults. You just won’t find them putting off a show in a conventional theatre.

“Not only is it outdoors - it’s outdoors in these really challenging, but dramatic, landscapes that really challenge our actors and our audiences,” says Ian, adding it’s those challenges that make their productions so rewarding.
Because the Newfoundland setting is so important to the festival, Shakespeare by the Sea also produces locally based plays. This year, audiences can take in Soldier’s Heart - about a son wanting his father to talk about the First World War - as well as Kelly Russell’s Tunes & Tales from Pigeon Inlet. These productions “really round out what we’re doing,” Ian says.
Since 2013, a small crew has performed Shake It Up at the St. John’s Farmers’ Market on Saturdays in the summer. During the production, six actors armed with Styrofoam swords give children a positive first-time Shakespeare experience, rather than hearing it dryly read in a classroom. In one hour, the actors cover four different plays, spoken in plain English with a bit of Shakespearian verse sprinkled in. Ian calls it their most important production of the season because it helps build up the next generation of theatre-goers and performers. 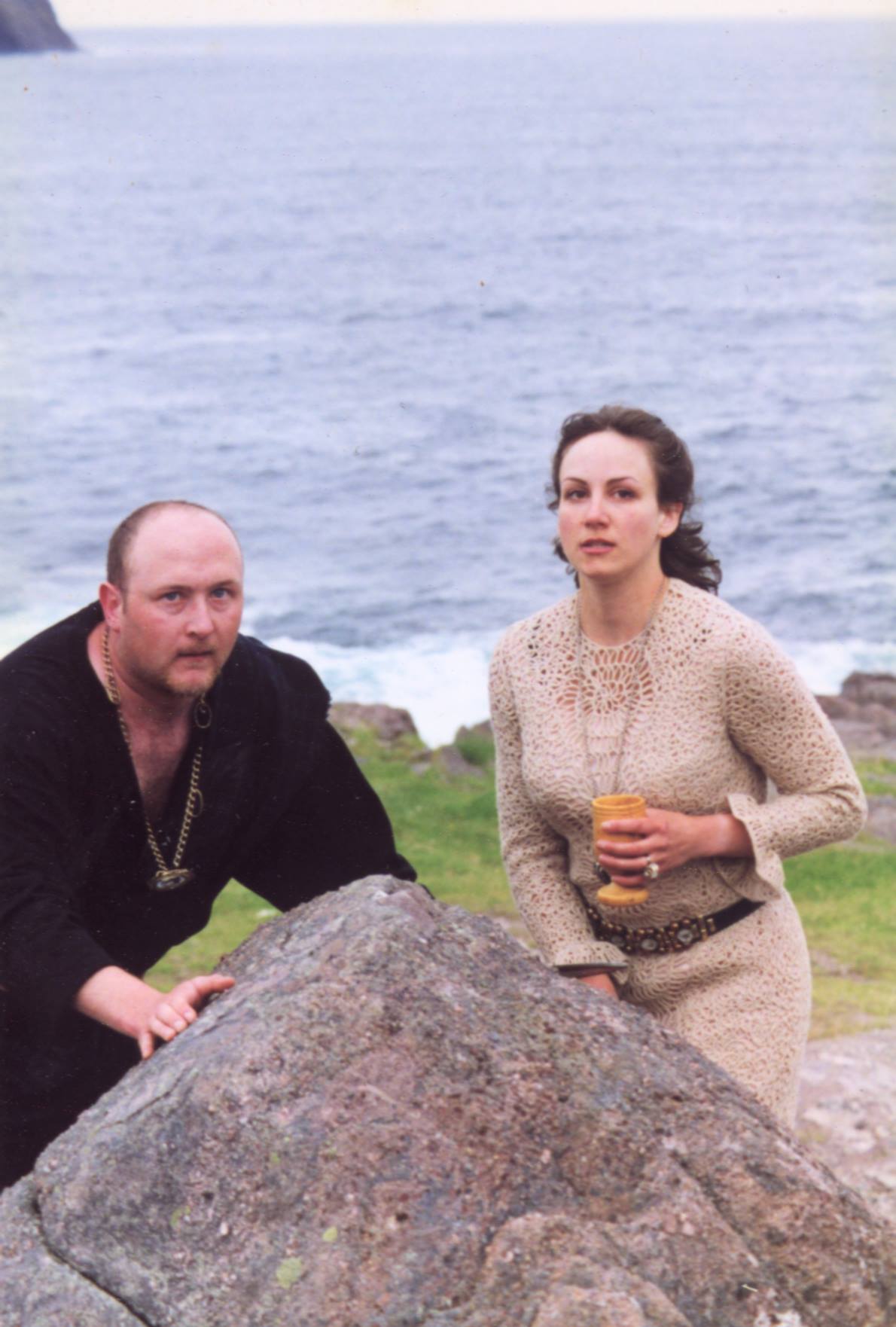 While many people can remember reading Shakespeare’s plays in high school, seeing them come to life is a completely different experience. For Ian, that’s how those works are meant to be experienced.
Shakespeare covered everything from political intrigue, to ill-fated love and knee-slapping comedy.
“I think Shakespeare has a universal appeal to it. Shakespeare writes about things that all people grapple with,” Ian says.
“Anywhere in the world, all stages of life, throughout all points of history, he writes about themes of love and loss and belonging and what makes a meaningful life.”

Last year was the 400th anniversary of Shakespeare’s death and his work continues to endure.

“It’s a rare occasion that an author writes about 40 plays and that all of them are still regularly, actively performed today - an unbroken performance history of 400 years,” says Ian.  “And so, there’s something very special about the stories and the language; and, again, taking that and marrying it with a rugged Newfoundland landscape, I think was an appealing thing.”
Shakespeare by the Sea not only stages high-quality shows, it also has what Ian calls a “mandate for serving the community,” with its volunteers gaining valuable mentorship and guidance from professionals within the theatre community.
Twenty-five years on, the festival’s list of alumni stretches over 800 names, including Petrina Bromley (now enjoying her Broadway debut in the Tony Award-nominated play Come From Away) and “Republic of Doyle” actors Allan Hawco, Krystin Pellerin and Steve O’Connell, among other famous names. “Many alumni…have gone on to Broadway, they have gone on to the stages of the Stratford Festival,” says Ian.
Each season the festival sees a mix of returning alumni and new faces. All of these people have been the key to keeping the festival alive for a quarter of a century. “The faces have changed, but the tradition gets passed down,” says Ian.
And for 25 years, they’ve stayed true to the festival’s original vision: producing the drama of Shakespeare in the most of dramatic of settings - our own backyard. - By Elizabeth Whitten