Message in a Bottle Master 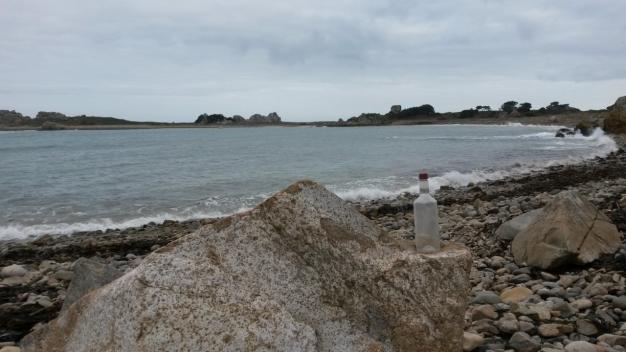 One of Craig Drover's bottles found on a beach on Mweenish Island off the coast of Galway, Ireland

In a world where a message can be delivered to just about anywhere on the planet in a matter of seconds, there is something endearing about the idea of a message in a bottle.

Given the unforgiving nature of the churning ocean and the vast stretches of rugged, inaccessible coastlines, the chances of stumbling across one can seem like one in a million. But one man from Bryant’s Cove, a community in Conception Bay North, Newfoundland, is helping to up those odds.
Craig Drover, 47, spends his summers crab fishing off the Grand Banks, as captain of the FV Arctic Eagle. He cast his first message into the frigid Atlantic Ocean just over 11 years ago.
“It was out of boredom, mostly,” he laughs. “We start at five in the morning, with all the crab pots. Then, it’s five in the evening and you’ve got another 12 hours of doing nothing.”
When a response came the following year, Craig was shocked. So, he decided to try his luck again. And again. And again. As he threw off more bottles, the responses kept coming.

To date, 65 of Craig’s bottles have been found: 16 in France, 15 in Ireland, 10 in Scotland, eight in Spain, eight in England, two in Portugal and one in Wales. A stray made its way as far north as the Faroe Islands, while four bottles found themselves down south, with one landing in Florida and three in the Bahamas.

“That’s a weird route, that one,” says Craig.
Nautical scientist Tom Walsh says those last four bottles would have likely travelled on the North Atlantic Drift (a current that flows across the Atlantic Ocean to Europe), floated down the coast of Spain and got caught in the Canary Current before coming back across on the North Equatorial Current. “They would have had to make a trip across the Atlantic and back; that’s the only way I could see them getting down there,” he says.
Each response that Craig receives is photocopied, framed and labelled with the flag of the country in which it was found. He displays them on his garage wall, along with newspaper clippings and photos sent to him by some lucky recipients, posing with their foraged treasure on an array of diverse coastlines. All are smiling ear to ear.

It is obvious from Craig’s memorabilia collection, which occupies a considerable amount of wall space in his large garage, that what started as a hobby has grown into something much larger. While reading the response letters that line the walls, it’s impossible to ignore the excitement of the finder. Their elation nearly jumps off of the paper.
Craig and his wife, Kelly Ryall-Drover, who responds to the majority of emails and letters, have developed personal relationships with many of the recipients, keeping in contact with them and sending gifts.
“Souvenirs, Christmas gifts, that kind of thing,” says Kelly. “One couple just had a baby, so we sent over a little baby suit.”
This element of a special, personal connection is evident through many of the letters sent between Craig and the finders. Despite the fact that he includes his email address in the note, some prefer to send a unique response that they feel is a little more appropriate, considering how they received their letter. 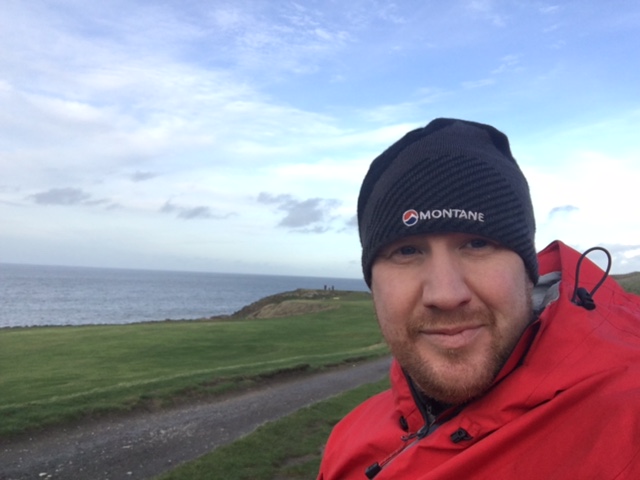 That’s exactly what Mike Ingerman, 38, (pictured left) did after he found a bottle while visiting a beach in Wales.

“He gave me his email address, but I thought, you know what? I’ll post it on Facebook and just see what happens,” explains Mike from his home in Liverpool, via Skype.
“Within about three hours, it got over to Canada and within about five hours, people were saying on the message that they knew who it was.”

“There’s just this kind of boyish excitement to the whole thing. I was like a kid when I found it. You can’t explain it. It’s just really good.”
Cameron Ross, 28, shares that sentiment, but opted to reply via handwritten letter. Ross is originally from New Zealand and now resides in Ireland, where he was walking on a beach with some friends and their kids in the Connemara region of county Galway one day when one of his friends happened upon a bottle stuck in some rocks.
“At first, I thought it was just this elaborate hoax that my mate Eric planned out, because his kid was always obsessed with pirates, but it was actually true! I was buzzin’ for days. I think I was more excited about it than the kids,” Cameron says in a telephone interview.
“There’s definitely this old school romanticism, this pirate-like thing about finding a message in a bottle, and I felt that, in the style that his message arrived to us, it wasn’t quite fitting for me to send him a text or look him up on Facebook. It kind of takes the mystique out of it because the response is instant.”

So, what is it that drives the romanticism of this radically analog way of communication, especially in a society full of digital over-communication?
Cliff Buffington, who runs the website www.messageinabottlehunter.com and has a page boasting over 35,000 followers on Facebook, thinks there are a number of reasons.

For those interested in finding their own bottles, it might be best to start carrying good luck charms because it seems like pure chance has everything to do with it, and some are luckier than others. One woman found two of Craig’s bottles on separate occasions on a beach in France, about a mile away from each other. Another man found two in the span of three months on a small island off the coast of Scotland.
“It must be luck,” says Craig. “Needle in a haystack, some say, but we’re talking about two needles in the Atlantic Ocean.” - By Stacey Seward