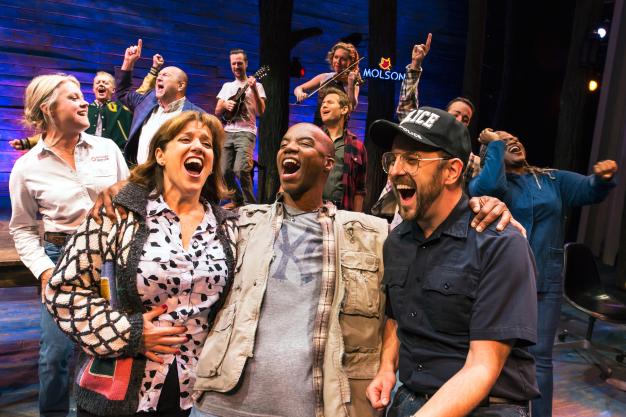 Ever since she was a little girl, Beverley Bass knew she wanted to fly.

“I, for some reason, was just obsessed with airplanes. I always wanted to hang out at the airport and, literally, when I was eight years old I told my parents I wanted to be a pilot,” she remembers.

“I started taking lessons when I was 19…and when I came down from my first lesson, I told my parents that I’d fly for the rest of my life.”
In 1986, at the age of 34, Beverley became the first female captain at American Airlines. But on the morning of September 11, 2001, over the middle of the North Atlantic, her high-flying dreams turned into a nightmare.
Most people know exactly where they were and what they were doing during the terrorist attacks of 9/11 that killed approximately 3,000 people. But as the world fell to its knees, the towns of Gander, Gambo, Glenwood, Appleton, Norris Arm, Lewisporte, and other communities around the province, rose up. 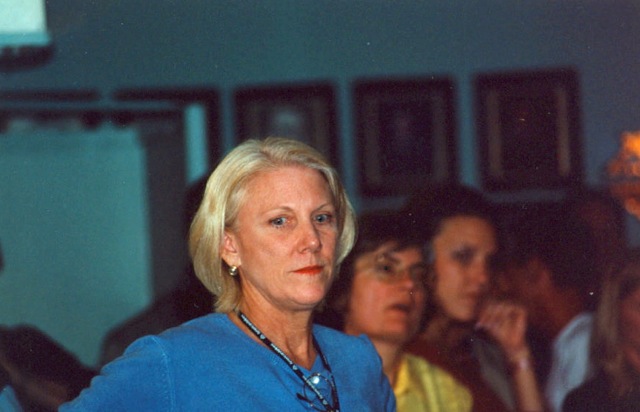 When American airspace closed suddenly on that fateful day, a total of 38 planes carrying close to 7,000 passengers from all over the world landed in Gander in about a three-hour timeframe, almost doubling the town’s population. Beverley’s Boeing 777 was en route to Dallas from Paris and was the 36th plane to touch down on the runway.

In a miracle of logistics and quick thinking, stranded passengers were fed, clothed and housed at local schools, churches and community centres over five days. And in typical Newfoundland fashion, locals came out in droves to act as tour guides and hosts - preparing trays of sandwiches, washing laundry, and opening their hearts and homes (with some also lending their vehicles) to strangers who would become friends.
“We had actually been on the airplane for 28 hours before we got off, and we never slept during that time. So our emotions were raw to begin with,” says Beverley over the phone from her home in Argyle, Texas.
“When we got off the airplane at seven o’clock in the morning on Wednesday the 12th, we walked into the terminal and I think the thing that shocked me the most is the tables and tables that were just full of all kinds of food…I remember my flight attendants just crying. They could not believe that all of that had been done overnight.”
It’s a life-affirming tale of kindness during chaos that gained attention far and wide. And now, the story of the province’s pivotal role during 9/11 will be told from the world’s biggest stage.

An Uplifting Tale
David Hein and Irene Sankoff were living in New York during 9/11 (David’s cousin was inside one of the Twin Towers, but survived) and they were just two of the many people who flocked to Gander to commemorate the 10th anniversary. The Canadian husband-and-wife writing team spent almost a month collecting thousands of stories from locals and visitors. Those stories eventually became the foundation for their hit musical “Come From Away.” 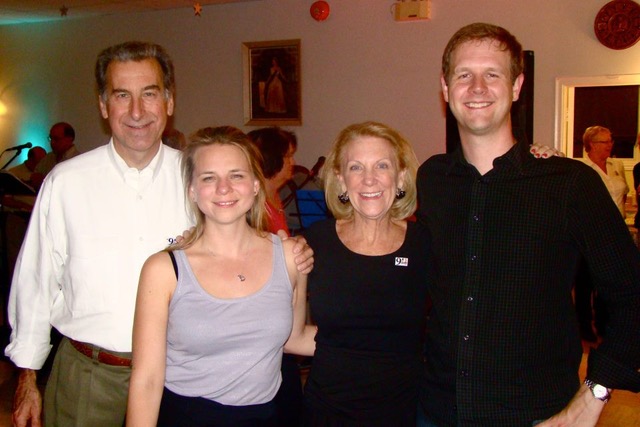 “Gander was filled with a lot of press for the 10th anniversary and everyone was looking for these five-second soundbites. We didn’t know, really, what we were looking for. So we ended up interviewing people for four or five hours at a time and then getting invited back to their houses, and getting put up, and then getting Screeched-in,” David laughs. “And we just came back with countless stories and tried to tell them all.”

The 100-minute musical consists of a cast of 12 who seamlessly switch back and forth between dozens of characters, playing the role of locals and the “plane people.” David and Irene say it’s not so much a 9/11 story as it is a 9/12 one.
“We talk about what happened in the town and focused on the townspeople’s acts of generosity and the interpersonal relationships that developed while people were stranded there, and not so much on the tragedy that was happening in New York, Pennsylvania and Washington. That is the backdrop, that’s what sets off the events of the story, but that’s not where we focus,” Irene says.
Beverley, who also visited Gander for the 10th anniversary, is one of the many people whom David and Irene interviewed. It’s not every day, she says, that you get to see your life played out on the stage in song and dance. Her character (played by Jenn Colella) features prominently, and much of her inspiring life story is summed up in the number “Me and the Sky,” which details the highs and lows of her flying career.
“The words are verbatim from my interview with the playwrights. How they ever put it to music, I’ll never know,” says Beverley (who retired in 2008).
The first time she attended the show, at the premiere in La Jolla, California two years ago, Beverley says she and her family had no idea what they were about to see.
“In the show, when she [Colella] picks up the phone to call home for the first time, it was very emotional for my husband,” she says.
“On that morning when the events occurred, I knew where I was and I knew that I was safe. The events occurred at about 8:49 in New York. And my husband did not hear from me until 4:30 that afternoon…and he had to pick up our two young children from school, they were eight and nine. And they’re just watching everything on television and they still have no idea where I am."

Beverley is likely the show’s biggest fan. Since the premiere, she has seen “Come From Away” a total of 43 times, and counting. In many ways, she says, it’s therapeutic for her and others who are connected to the events - people like Tom McGuinness, the first pilot hired by American Airlines after 9/11.

“What is unique about him is his father was the co-pilot on our airplane that hit the tower. And I invited him to the show in DC, him and his wife,” Beverley says.
While she was excited for him to see the musical, she started to feel anxious as showtime got closer. But it was all for naught.

“He loved it so much, and after the show the two of us just embraced and just sobbed for probably five minutes because the show really makes you so happy.”

From Gander to the Big Apple
Since its US premiere in 2015, the uplifting musical has earned rave reviews and set attendance records - even breaking a box office record for Toronto’s 109-year-old Royal Alexandra Theatre. This past October, David and Irene accompanied the cast and crew to Gander for two performances (Beverley was also present), the proceeds of which were donated to local charities.
“To bring it back and to give back to the community that gave us so much was kind of a dream come true. But beyond that, it was one of the best experiences of our lives. It was so good. We spent the entire weekend crying and laughing and just sharing it with our friends and our theatre community and our Newfoundland family. I would do anything to make that happen again,” says David.
Previews of “Come From Away” will begin on Broadway on February 18, with the official opening set for March 12. (This will also mark the Broadway premiere of Newfoundland’s own Petrina Bromley.) Beverley will attend a number of the New York shows and believes a contingent of other CFAs will also be on hand. 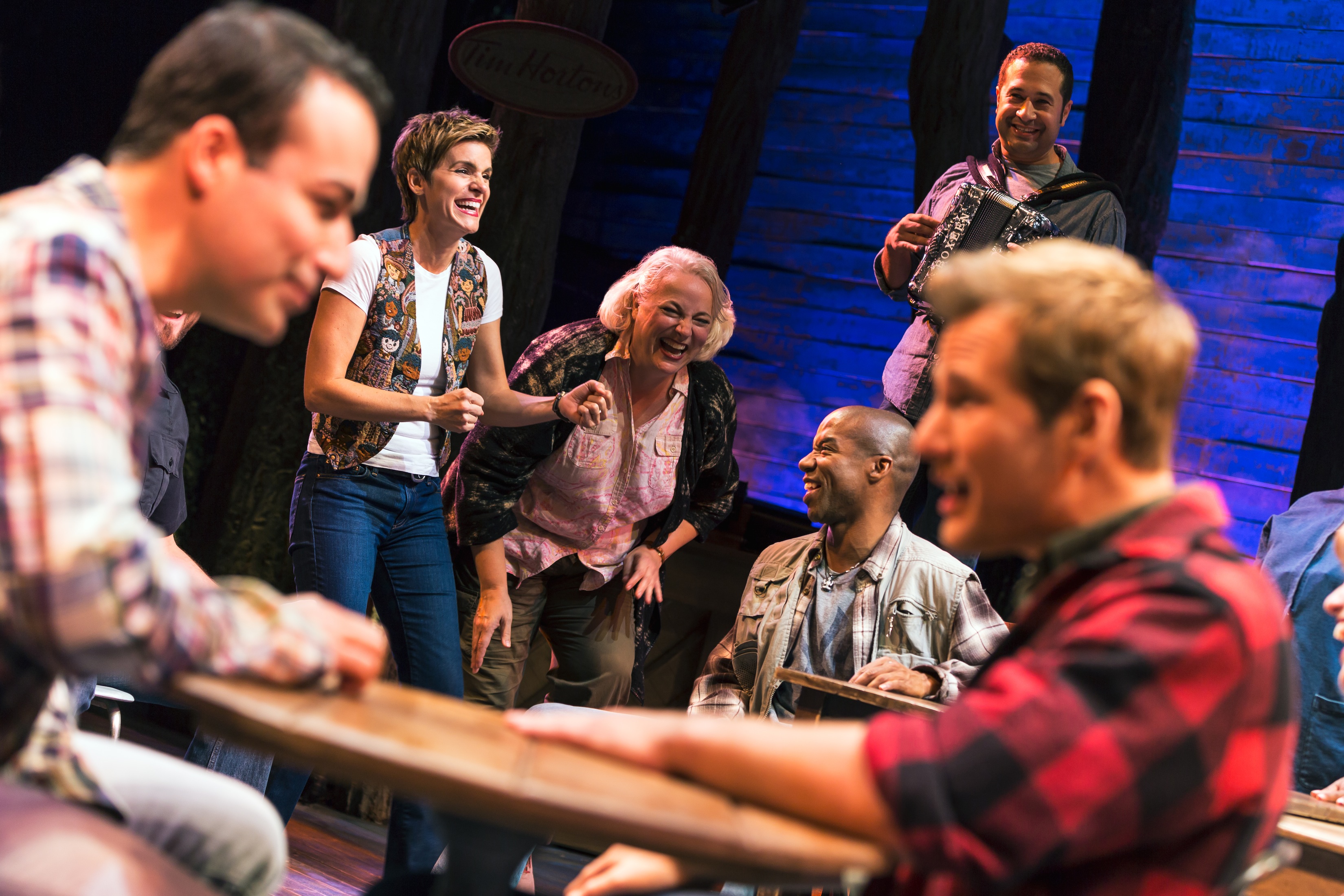 “We keep saying what’s extraordinary about what happened out there is that everyone there thinks it’s ordinary. They keep saying, ‘Oh, it’s just what anyone would’ve done.’ I think part of the reason the show’s been so warmly embraced is that everyone wants to remember that. And Newfoundland is a reminder that it is what we should do, it is what we should be doing countlessly,” David says.

Gander Mayor Claude Elliott (who also plans to attend the official Broadway opening, and is portrayed in the musical by actor Joel Hatch) is one local who isn’t surprised by how Newfoundlanders received their unexpected guests. He recalls a conversation he had with an American after watching the musical at Ford’s Theatre in Washington, DC.
“He was asking questions about, you know, ‘How did you guys pull all this off?’ and that. And I said, you know, it’s no big deal. And he said to me, ‘You’ve got to knock off looking at it through your eyes, and you have to look at it through our eyes. It is a big deal for us,’” Mayor Elliott says.
“You know, just a blanket and a bowl of soup and a sandwich and a lunch - I guess it’s hard to believe that something so simple has touched the world,” he adds.
"When you land in a town where you’ve only got 500 hotel rooms and you’ve got 7,000 people, then you need the community support. And for us here in Newfoundland and Labrador, I think the greatest asset any community got is its people.”
While 9/11 revealed the worst of humanity, it also showed the very best.
“I think we all are very much in need of a good news story,” Irene says.
“We shine the spotlight on people who are kind and who went out of their way to help someone else...people have told us it’s the greatest story never told. And I’m just so glad that now we’re telling it.” - By Linda Browne