I am a proud Newfoundlander and the proud principal of Walter Whyte School in Grand Marais, Manitoba, where I have lived for the past 21 years. This year, for one of our three annual "Family Fun" events, it was suggested we do a Newfoundland theme. It didn't take me long to say yes, as I will take any opportunity to showcase my beautiful home province and our colourful culture! Our first “Newfoundland Kitchen Party” took place on October 20, 2016, with just over 100 people attending!

We set the table with teapots and mugs, big plates of toutons, lassie buns, Purity biscuits and crackers and, of course, containers of molasses, jugs of Purity syrup, and jars of partridgeberry and bakeapple jam. Every table also had copies of Downhome magazine. We strung the clothesline with long johns, quilts, wool mittens and vamps, and put the guernseys on the rocking chairs in the kitchen! To finish it off, we hung our big banner that came straight from St. John’s with the help of my forever friend, Jennifer Langmead. 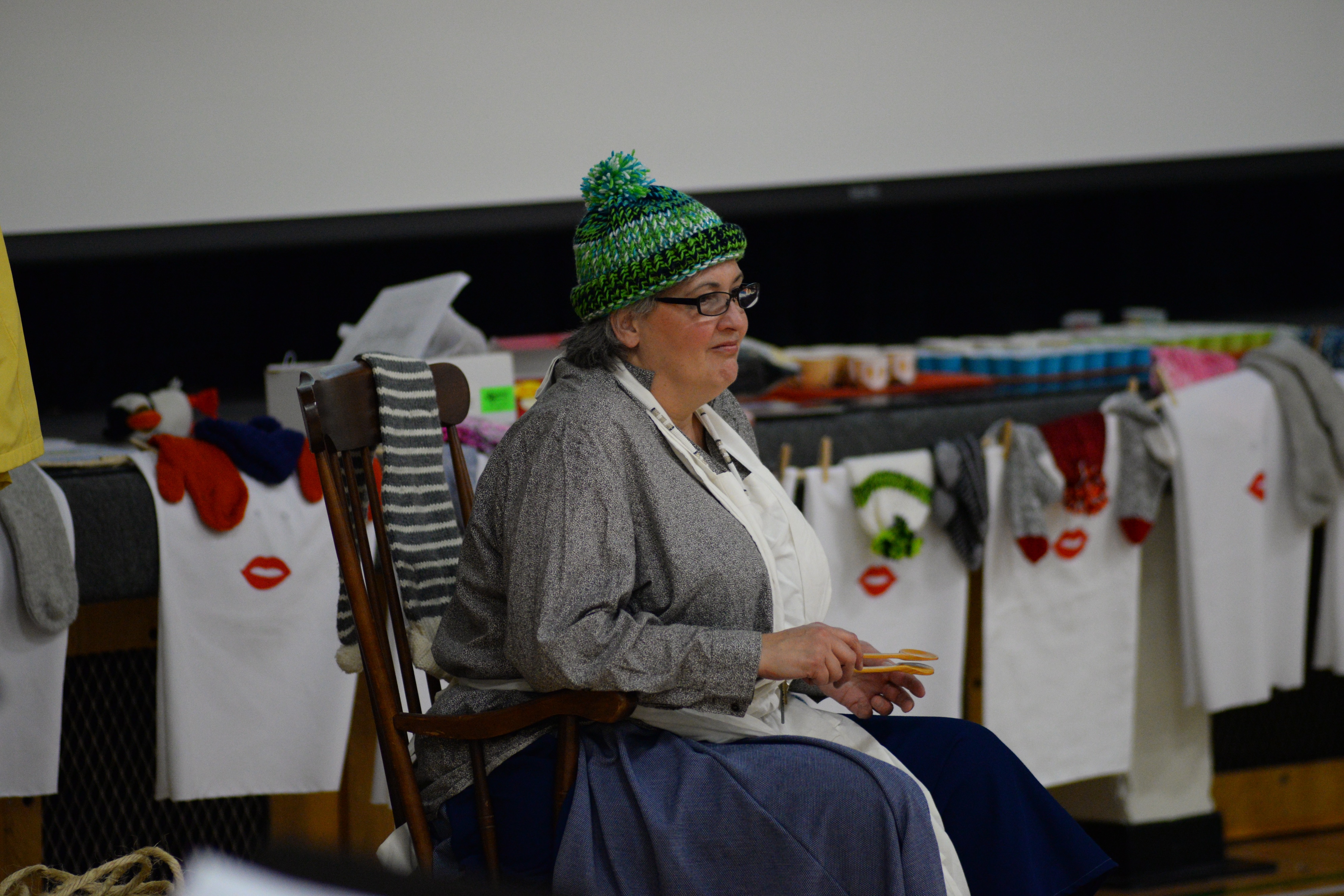 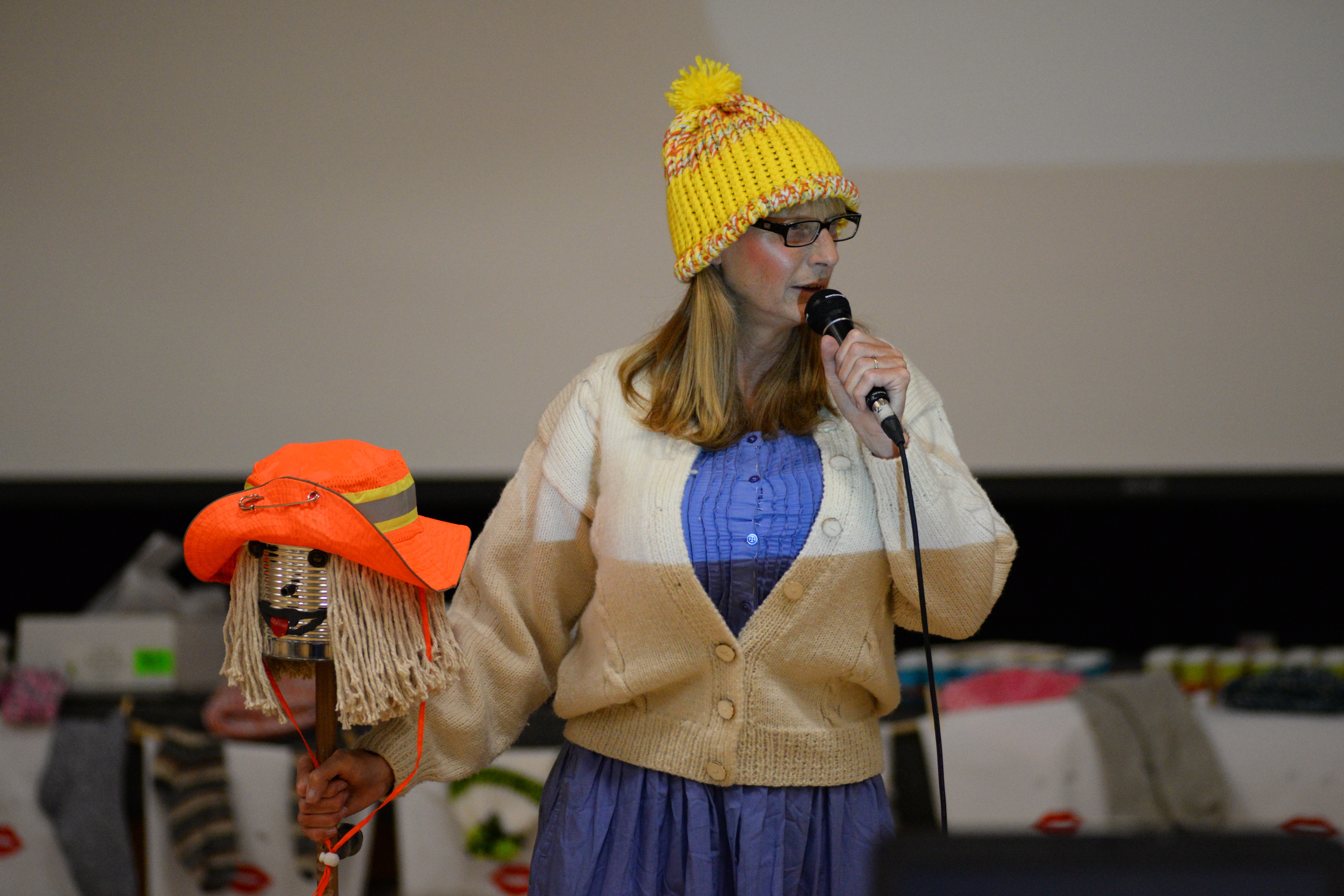 The evening got underway with a visit from Jane from Joe Batt’s Arm (yours truly), “who had more lip den a coal bucket,” and Marge from Moreton’s Harbour (Mrs. Savoie), who was as “crooked as sin” and “looked like she’d been hauled through a knot hole”! The gals shared some tales of Newfoundland culture and the Kitchen Party, and taught the participants a few Newfoundland sayings before the singing and the dancing began.
Many thanks to Birch Broom and the Jam Jams (a.k.a. Mr. Juvonen, Mr. Murray and Mr. Collins) for playing a few tunes and singing “Lukey’s Boat” and “I’se the B’y”; and to Mr. Merton, who made us the best looking ugly stick - named Gertrude - ever to be seen in Manitoba! We also enjoyed a few fiddling tunes from former student Emily Green. The kids got to dress up and join in a jig with the mummers, as well as a jig to “Joe Batt’s Breakdown” with their families. We ended the evening with a family friendly “Squeaking-in Ceremony,” complete with kissing the cod (unfortunately not real), wearing the sou’wester, drinking the Purity syrup and speaking the language - “How can ya do ar ting when ya got nar ting t’do ar ting wit?” Everyone got the official honorary Newfoundlander certificate. 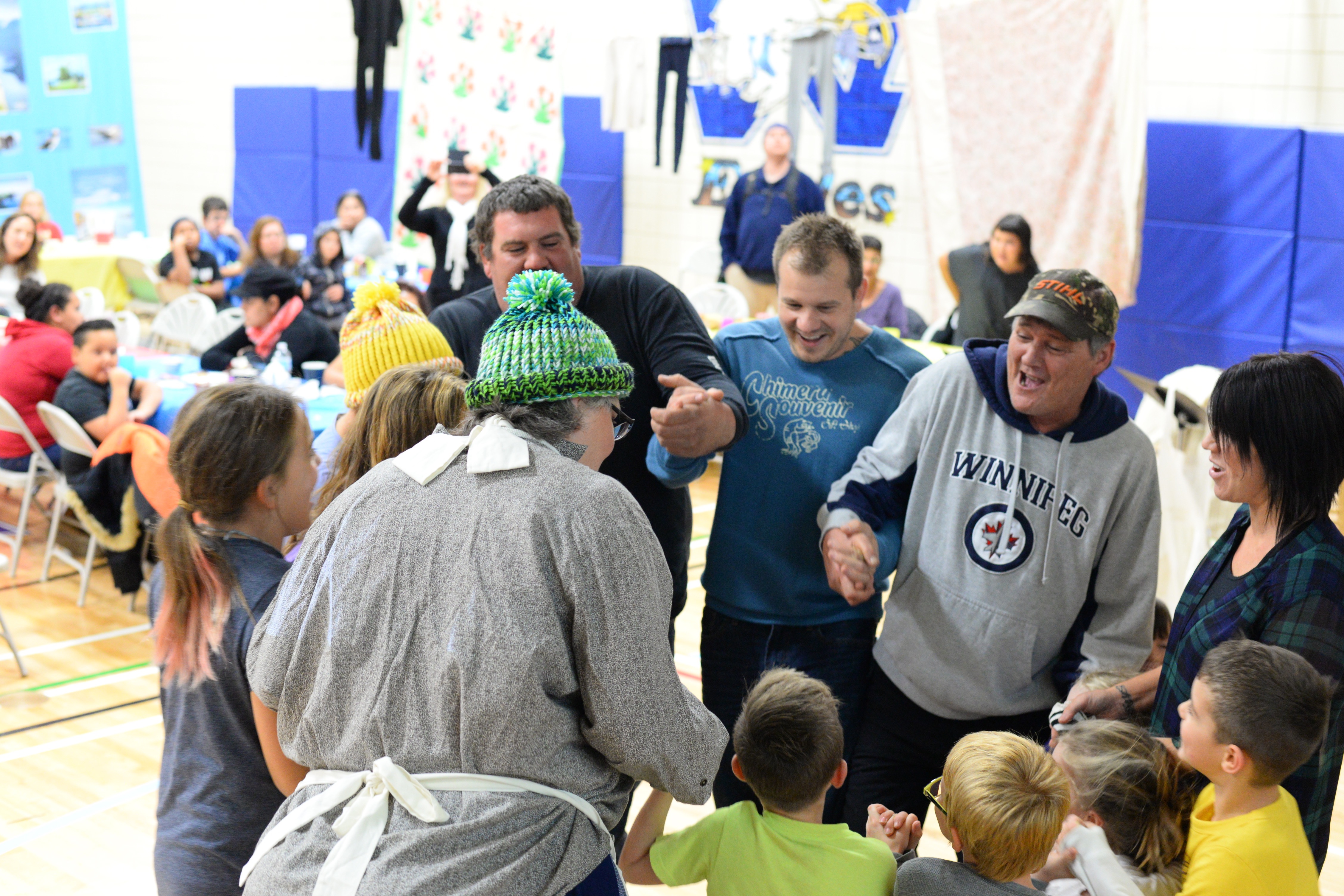 We had a fabulous evening with lots of laughter, good food and family fun! I could not have done this event without the help of our committee: Christina Weber, Zonya Humby, Jocelyne Savoie and Marla Yarema, who helped me with all the planning, the making of the toutons and lassie buns, and the purchasing of all the goodies! A final thank you to my amazing staff (Mr. Juvonen, Mr. Murray, Mr. Collins, Ms. Tully, Ms. Laberge, Mrs. Duguid, Ms. Cassels, Mrs. Tibold, Mrs. Savoie and Mrs. Merton), who volunteered for the evening. Thanks to all our awesome families who came to the party and joined in the fun. And thank you, Downhome magazine, for letting us share our story with your readers! - By Gloria Juvonen (nee Brown from Joe Batt’s Arm); all photos by Lana Collins

Is it possible to obtain a copy of this Downhome?

I am proud to say that I been a staff member at Walter Whyte School for 18 years now and I love it. The Kitchen Party was so much fun! (We love Downhome at our house and look forward to it each month!)