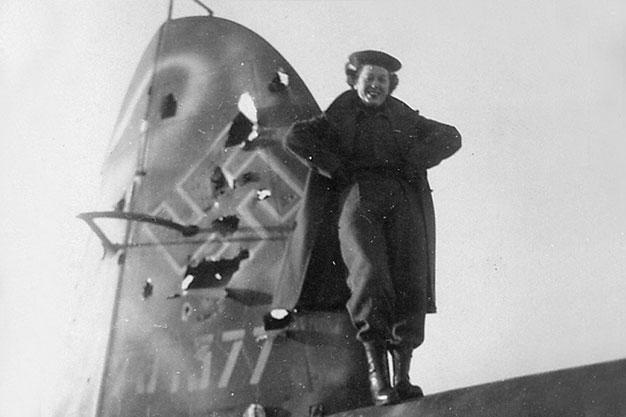 Annie Evelyn Dean of Botwood, NL, poses atop a damaged German aircraft in 1946.

Annie Evelyn Dean, born in 1918 in Botwood, Newfoundland, moved to Ontario in 1941 and joined the Canadian Army the following year. Little is known about her service, though according to her photograph collection, she travelled extensively. Annie was discharged in 1946 and lived the rest of her life in Ontario. She passed away in 2010 and is buried in Botwood. The following photographs were provided by Annie's niece, Gloria Young of Botwood, NL.