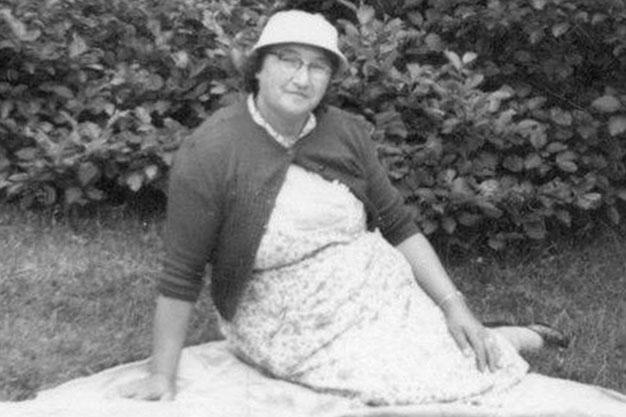 Born in Grand Bruit, Newfoundland in 1909, Beatrice Billard moved to Port aux Basques to work as a serving girl, earning $5 per month, when she was 17 years old. There, Beatrice met and married William Anderson and gave birth to six children (one of whom died as an infant).
Life for Beatrice and her large family was turned upside-down in May 1942, when her husband set sail aboard the SS Kitty’s Brook, owned by Bowater’s. A German U-boat torpedoed the vessel off the coast of Nova Scotia, killing nine - including William. The grim news reached Beatrice two days later and, with that, she became a single mother of five young children; her husband’s body was never found.
“We stayed with our paternal grandparents for a few years while my mother saved some money to have a two-bedroom house built. The neighbours put in a lot of free labour in those days,” writes Cecil Anderson, Beatrice’s son. “I cannot remember ever being hungry and I always had a warm bed. Mom was both mother and father to us children, which I’m sure was no easy task. Mom had no relationship after our dad’s death, thinking that another man would probably be unfair to her kids. She believed for many years our dad would be coming home some day...I do believe my mom was a hero.”