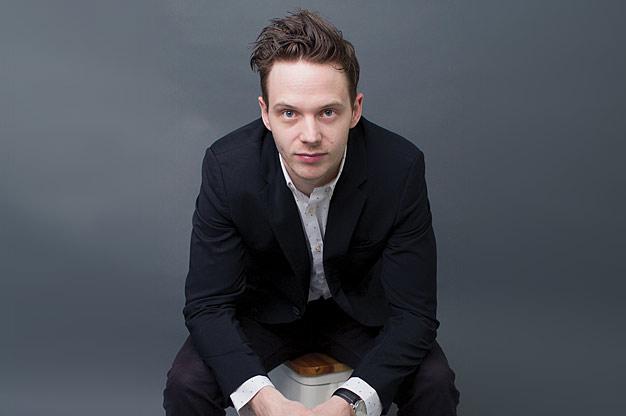 Mark O'Brien has been keeping busy since playing the beloved Des on "Republic of Doyle." He has been cast as a regular on the AMC show "Halt and Catch Fire," has become involved with several Canadian films, and shot a pilot for Amazon called "The Last Tycoon," which has since been picked up. He appeared alongside stars like Clive Owen and Amanda Seyfried in the movie Anon, and Michael Shannon and Katherine Waterston in State Like Sleep. He also secured a role in the much anticipated film Arrival starring Amy Adams, Jeremy Renner and Forest Whitaker. The movie hits theatres on November 11 and is predicted to be this year’s biggest science fiction film. I had the chance to catch up with him to discuss his current projects.

Henny Buffinga: It’s always so great to see Newfoundlanders and Labradorians doing well outside of the province. How did you get your foot in the door in Hollywood; do you feel like there was a clear breakthrough or was it more gradual?
Mark O’Brien: I think with any career it’s a gradual thing. Like any other job, it’s all about who you know. People start to know you a bit more and see you perform. Even an audition is a stepping-stone. It’s a progression; every single thing you do is a stepping-stone to the next thing. Obviously, “Doyle” was a major break for me, and “Halt and Catch Fire” because it’s on such a respected network, AMC. It’s a really well-reviewed role, critically, so I think that’s really helped me break through with American audiences in particular.

HB: Which recent role has been the most exciting for you and why?

MO: I’m really excited about “The Last Tycoon,” because it’s a really well-made show and I really respect the cast. I have a really interesting role in that show. My character was only introduced on the pilot, and I’m really excited to see where that character goes. The show is set in 1930s Hollywood. My character is a guy from Oklahoma and, like many people did during the Dust Bowl, he walked from there to California because he had heard there was opportunity out there. The Dust Bowl completely destroyed a lifestyle; it was totally ungodly what happened out there, it defied the odds of what weather can do. So my character is kind of miserable, so he and his siblings walk to California. In the pilot we see the head of the studio, played by Kelsey Grammer, hire my character after he gets up the gumption to ask for a job. It’s a great character, with a great backstory, which I can identify with in some ways, so it’s really interesting and I’m really excited about it.

HB: In what ways do you identify with the character?

MO: Growing up my family didn’t have a whole lot of money, and I moved to Toronto without knowing really how to get started, and then I did the same thing moving to L.A.  And then any time I was broke, I wasn’t happy about it. Like it would be for anyone, it was very upsetting. And obviously this is a more watered down example, but there is a slight parallel there. I didn’t have a background in this business, I didn’t have any family in this business, but I loved it and I tried to make it work. You have to sort of dive in, take the risk, and that’s how I kind of identify with the character.

HB: What’s your take on being cast alongside some of Hollywood’s biggest names?

MO: It’s a great boost to see that they believe in you, and see that you can do it. And once that happens, it opens up more doors to even more interesting things, and even bigger roles. You never know what’s going to happen every day, or who you’re going to see next, and I just feel really lucky about that.
HB: Can you tell me a bit about your part in the upcoming film, Arrival?
MO: It’s still very tight lipped in what I can say at this point. I can say that what’s really cool about it is that it’s a real thinking person’s sci fi film; it’s really intelligent. It’s rare nowadays in movies to see something that’s exciting, in that popcorn exciting kind of way, but also has a real emotional depth and a lot of artistic integrity. It’s really smart and really clever, and Denis Villeneuve, the director, is a genius in the way he went about [creating] it. In the trailer we see the aliens landing, and the whole thing is about “Why are they here?”

HB: With your busy filming schedule, do you still have time to watch movies yourself?

MO: Oh my God, I watch a movie every single day. I need to see every movie that comes out; it never loses value for me. I’m a film fanatic; I can never get enough.
HB: Do you keep in touch with your co-stars from “Republic of Doyle”?

MO: We do. It’s so funny but I think because we became so much of a family, that relationship is so tight, that it’s just always there. Marthe Bernard [aka Tinny Doyle] lives in L.A. as well, so we see each other quite a bit, and I saw Allan Hawco [aka Jake Doyle] over Christmas - I think the relationships from “Republic of Doyle” are going to last a lifetime. It was such a singular experience, and we all loved it so much, that we formed a bond that I don’t think we’ll ever really break.

HB: Since you are living in L.A., what’s the one thing from home - besides family and friends - you miss most when you’re away?

MO: It’s the people, 100 per cent. I actually find people in Los Angeles really very nice, and I like L.A. a lot, but there’s something about Newfoundlanders. It’s indescribable. It’s only when you’re from Newfoundland, or you’ve lived here a really long time, that you can really understand what I mean. I just miss the people, I miss the accent, I miss the way we joke around. It makes you appreciate it even more.