Search for the Stars 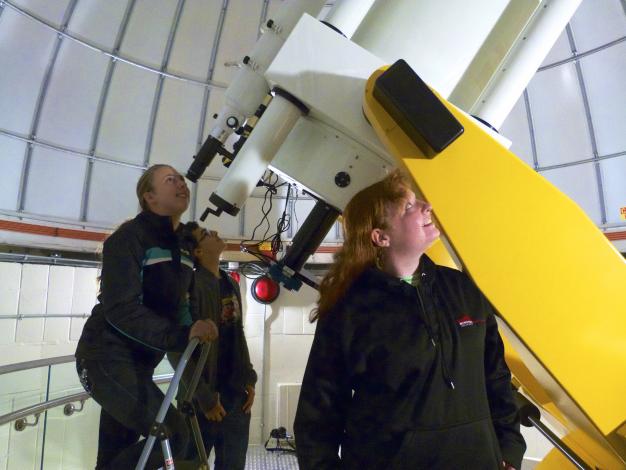 Although they both have day jobs, Doug Forbes and Darlene English are night owls, driven to stay out past the witching hour when the sky is clear. The married couple are astronomers, and they're the driving force behind Grenfell’s observatory, pride of the campus and open to the public since 2012.

Darlene is a senior laboratory instructor and Doug is a physics professor at Grenfell campus in Corner Brook, NL. “So if we have been observing the night before, then coming in for an 8:30 class, not a lot of fun,” Doug jokes. “But it doesn’t happen too often.” 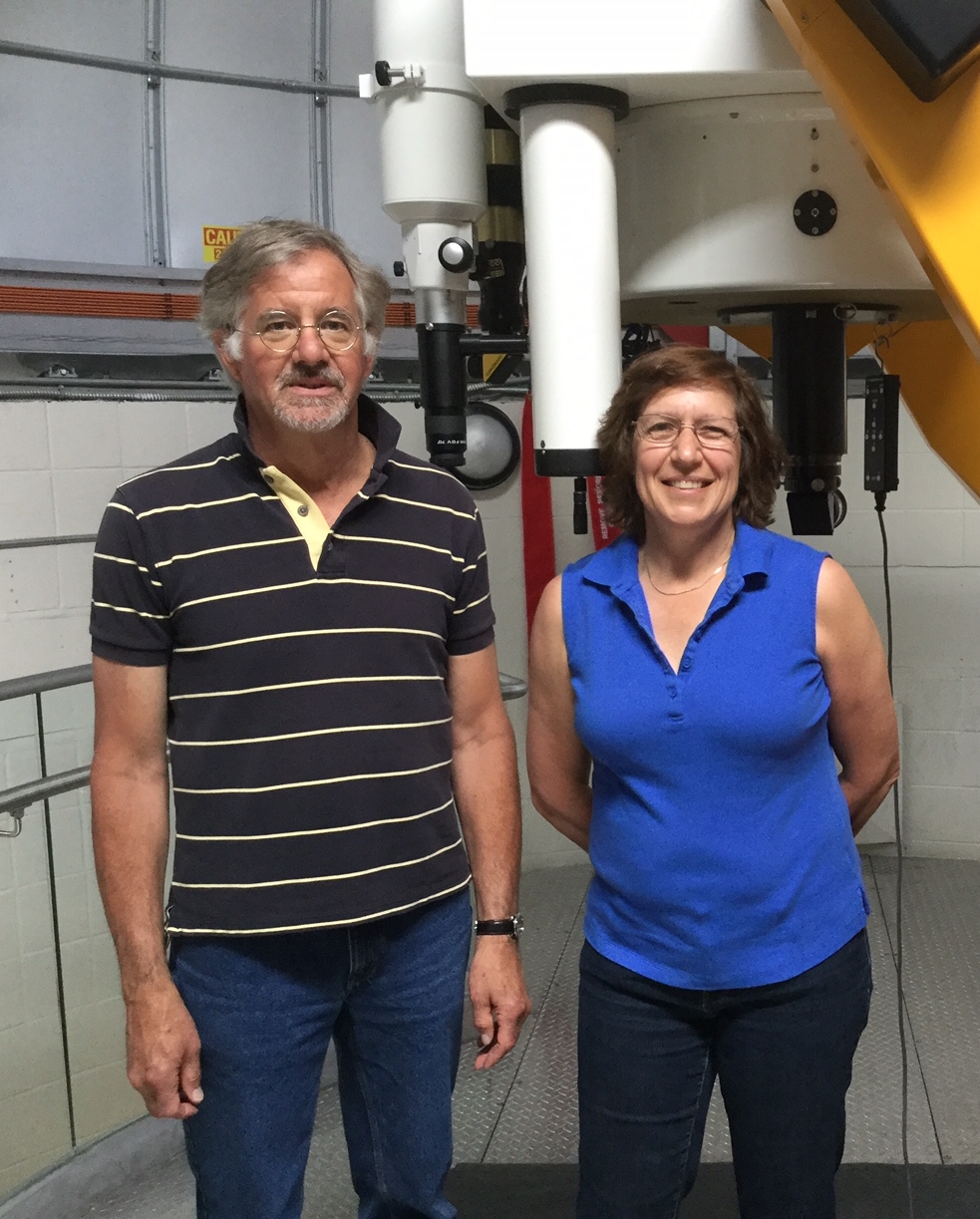 Doug Forbes and Darlene English are the driving force behind the Grenfell observatory.

Back when the province was flush with oil money and the campus was building an academic extension, Darlene and Doug were among those asked for what they’d like to see added to the school. Doug says their response was, “Whatever you do, when you design this building, could you make it so that it wouldn’t be impossible to add an observatory?”

They got their wish and the Grenfell Observatory was completed in October 2011. At the time there wasn’t even a physics program at Grenfell, yet theirs was the largest professional telescope in Atlantic Canada (it’s since been matched by the observatory at Saint Mary’s University in Halifax). The couple were so elated to have the facility, they were using it before it was even ready to open. “We had to climb up a ladder through an elevator shaft to get up there before they had the stairway built,” Doug recalls.

Of course in this province, astronomers have to take every opportunity they can to study the night sky. Often it’s obscured by cloud cover. “Newfoundland probably has the worst weather in Canada,” Darlene says. The weather in Corner Brook is better than it is in St. John’s, though, making the west coast a better place to set up a large telescope, she adds.

While the observatory is primarily used by the university for research, it does open its doors throughout the year to host community events. More than 4,100 people have been by the observatory since it opened.
“We’ve had public nights where we invite the public at large to come up and observe through the telescope, so with an eye piece, be up in the dome and look at various things, the moon, the stars, planets, galaxies,” she says. School groups regularly drop by for tours, as well as Girl Guides and Scouts. Darlene remembers a tour a few months ago when a junior high school student asked her incredulously, “Do you get paid for doing this?”

That just goes to show that without an observatory, “there really was no way of showing young people the sky and showing them that an astronomer is a profession, a scientific profession,” Darlene says.

There aren’t any public events planned for this month, as Darlene and Doug are retiring. But while they are leaving Grenfell, the observatory will carry on. “This telescope will be here 50 years from now, plus, still working away,” Doug says, adding, “[It’s] been a tremendous tool for teaching and getting people interested in science. We’re really glad it was possible to have it.” - By Elizabeth Whitten (Images courtesy Darlene English)

August 10-12
Darlene calls these the Oscars for astronomers, as it’s the biggest show of the year. You don’t need a telescope; in fact you’re better off without one.  “You don’t want to be limited to the small amount of sky a telescope can see,” says Darlene, because the meteors streak right across the sky. “A lawn chair or a blanket in your backyard, if you have a dark sky, that’s the best place to see a meteor shower.”
Planet Conjunctions

August 24: Mars and Saturn will be very close to each other.
August 27: There will also be a triple conjunction of Mercury, Venus and Jupiter. Because they are low on the horizon, “You have to be able to see the horizon really well, no mountains in the way or anything,” Darlene advises.