The Day the Ilex Burned

The long shipwreck lays on a precariously steep slant, her rusty rails dipping to the water in Fermeuse Harbour on the Southern Shore of the Avalon Peninsula. Hikers on this part of the East Coast Trail, or stand-up paddle boarders like me on this day in May, can't help but wonder how many seasons are left before she surrenders to the sea.

Prior to her sudden demise in 1948, she was the Ilex, a 694-ton vessel owned by A. Wareham and Sons of Spencer’s Cove, Placentia Bay. Her story is recounted in a chapter of Fermeuse/Kingman’s Cove Come Home Year 2013, under the intriguing title, “Don’t Go Handy, as She’s Likely to Blow Up: How the Ilex Came to Stay in Fermeuse Harbour.” Author Tim Walsh wrote about his boyhood memories of exploring the shipwreck and explained that the Ilex was moored just off the Kingman’s wharf on October 27, 1948, seeking shelter from a storm while en route to the West Indies with a part load of salt fish when a fire broke out in the steamer’s engine room. The crew were able to get aboard lifeboats and row safely ashore. The ship burned and smouldered for days. When it was safe to do so, as much cargo as possible was salvaged and local boat owners, including Tim’s father’s family, towed the shipwreck to its final resting place. 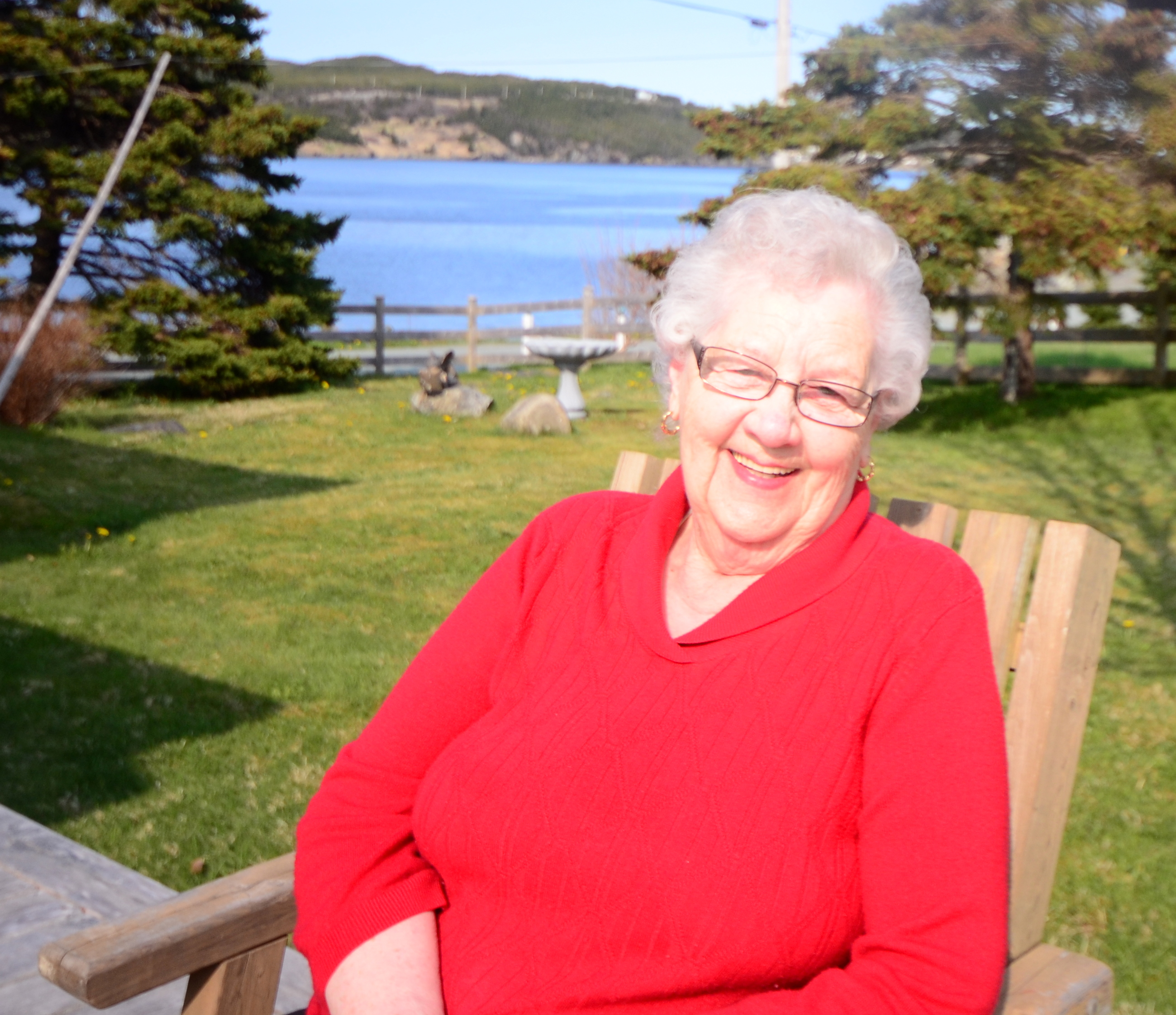 In the Kingman’s home where Tim’s 87-year-old mother Elizabeth (Betty) Walsh (pictured left) still lives, there is a painting of the Maggie Walsh towing the Ilex. “I wasn’t living here at the time [of the fire],” she says. “I was raised just across the harbour in Port Kirwan…my future husband would even sometimes row all the way over from Kingman’s to visit. Of course, I moved over here when we got married, the year after the Ilex sank, and it was my husband Martin and his brothers who used their family schooner, the Maggie Walsh, along with help from a number of other boats, to tow the Ilex down.”

Ned Reddy, now 73 and living in Alberta, grew up in Kingman’s. He was five when all this happened, and remembers it still.

“Now I was pretty young, so they wouldn’t let me out around it, of course, at the time, but I recall it was fall of the year and pretty cold when she came in around dark. The word got going around the next day that she was on fire, and there was black smoke and lots of it. We heard a few explosions now and then as maybe oil drums or whatever else was aboard of her blew up, but there were no big explosions or nothing like that,” he recalls. “The crew all got off safe, and I can remember them all walking up around the harbour and where we lived. She was carrying salt fish, and I remember the men from all around getting aboard and trying to save whatever they could. It was a lot of excitement, sure you knows, but as children we was warned away from her while she was burning. I’d say she burned or smouldered for the better part of a month, and the women complained they couldn’t put their wash out with all the smoke.”
“The smoke was really that bad?” I asked.
“Bad?” he responded. “The smoke was that bad some days, depending on the wind, even the white sheep couldn’t escape the soot all the time and their wool turned black.” 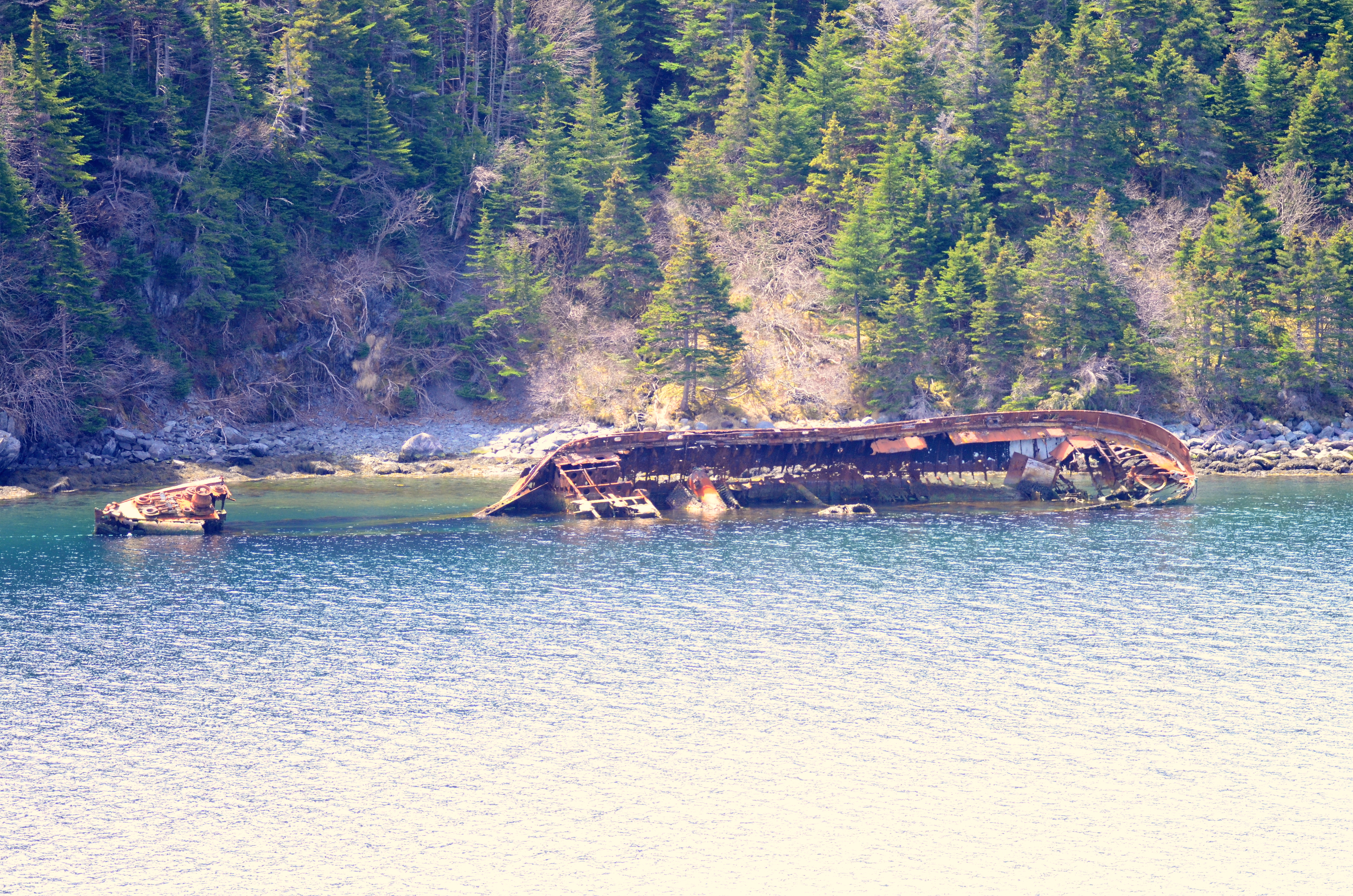 He says men with schooners and small boats eventually helped shift the Ilex out of Kingman’s to her final resting place outside the community in the area locals call Blow Me Down. He adds that when the fires were out she was a popular spot for folks to explore over the years. “I had five brothers, and as teenagers we spent lots of time playing on her. Mostly anything of value was long gone off her by then, and looking back on it I wonder that we weren’t drowned, but we were all used to the water, I guess. The Ilex was a source of great amusement for us and I remember it fondly.” - Story and photos by Dennis Flynn