While we've revealed the 7 Wonders of Newfoundland & Labrador, we just couldn't stop there. Below you'll find seven additional interesting natural landmarks, plus comments from those who nominated them.

“This is a favourite tourist stop for [travellers] as they arrive on the Marine Atlantic Ferry from the mainland…The mountains are separated from the Table Mountains and you have to pass through them on the TCH…[They are] also known by the local people as ‘Dolly Parton’s Boobs’! Now these mountains are going to be defaced because the Muskrat Falls towers are going to be erected there. Note the clearing for the towers on the picture.” - Nominated by Paul Taverner

“Brimstone Head is known as one of the four corners of the earth and is very important to me! My mom was from Fogo and as a kid I used to go there every summer to visit my grandparents…I remember going on long walks around and up Brimstone Head before there was ever a path or steps, and the stories my pop would tell me about the area…I asked my wife to marry me at the very top with our Labradoodle at our side!” - Nominated by Steve Mahaney

“Once only known to locals, this amazing natural wonder can be found near Wiltondale on our Great Northern Peninsula. This cavernous hole was formed when the limestone rock gradually dissolved and collapsed with water erosion. The sinkhole is about 45 m in diameter and maybe 30 m or more deep. The cascading waterfalls really set it off, and the climb down with the aid of a few ropes placed there makes you think you’re going to some prehistoric world.” - Nominated by Wayne Osmond

Check out this video, the first half of which was taken inside the Lomond Sinkhole.

“The Tide is a local swimming hole in Harbour Main and has been there forever, continuously flowing freshwater from Harbour Main Pond, miles in the country…I live directly above it, so I had ample opportunity to grow on that beach, which is bordered by the saltwater of the Atlantic, where we used to dip in the saltwater and race to the freshwater for a sauna-like effect…” - Nominated by Edna Ezekiel

Man in the Mountain, near Corner Brook 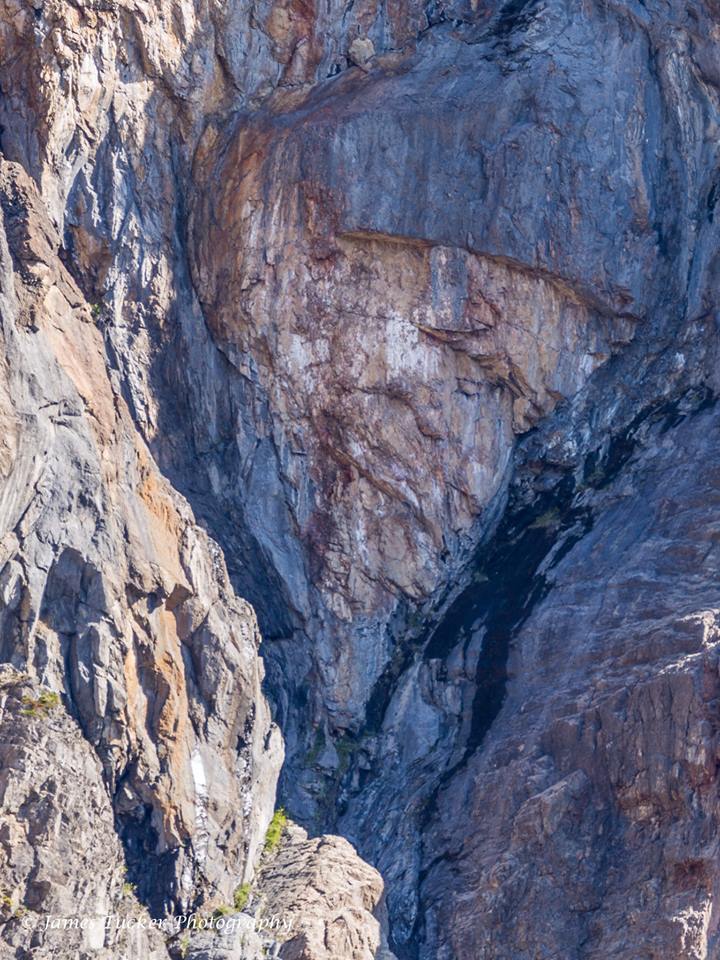 “When I was a child my family would drive from Badger, my mom’s hometown and where we lived, to Corner Brook, my dad’s hometown. On the way, every time, my dad would pull over to the side of the road and take me out of the car and show me the Man in the Mountain. He would patiently wait for me to find it…

It is truly amazing!” - Anonymous nomination

Arch Rock, Little Catalina
“Arch Rock is a unique geological formation. Not only does it contain an Ediacaran fossil, it is also a composite sea arch. It has three distinct arches, two at right angles to each other, making it an extremely rare and beautiful natural formation…Arch Rock is a 10-15 minute walk from the main wharf in Little Catalina…As teenagers we would walk right out to Arch Rock and climb on top. (It is accessible at low tide.) I often take my kids there for a hike and to play on the beach nearby.” - Anonymous nomination

Check out this incredible drone video of Arch Rock.

“At approximately 680 feet, the Friar overlooks the isolated community of Francois (Frans-way) on the southwest coast. The Friar itself is beautiful and rugged…the hike around the Friar is not an easy one but takes you across waterfalls, around ponds and down to the shoreline for a good two- to three-hour hike (with lots of stops for pictures).” - Anonymous nomination