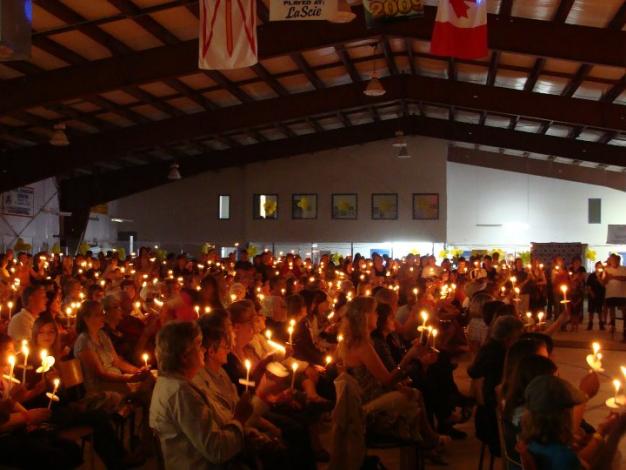 A cancer diagnosis is devastating for anyone, often meaning months or even years of treatment followed by a long road to recovery. But for patients who live in rural Newfoundland and Labrador, it packs an especially painful punch. Forced to travel for hours to receive treatments, or pack up and move away from their hometowns to live nearer a hospital, it can be a big financial burden to bear.
Helping to ease that burden is the Bay d'Espoir Cancer Benefit Group, established 17 years ago to support Roger John, a cancer patient from Conne River. After Roger passed away, one of the founding members and current president, Helena Thornhill, decided to continue fundraising and expand the group.
“It just spiraled from there, and more and more people got involved,” says Roberta Collier, vice-president of the group that has been raising funds for patients in that region ever since.
“We live on the south coast of the province, where in order to get proper medical care of a specialist, you have to leave the region,” says Roberta. “So if you have to see a cancer specialist, you have to drive six hours away from here.” Those requiring radiation typically move to St. John’s for the immediate future, she adds.
Luckily, Roberta and the other five members of the Bay d’Espoir Cancer Benefit Group, as well as their legion of volunteers, believe that someone who’s been diagnosed with cancer shouldn’t have to worry about the price tag that comes along with seeking healthcare. To date, the group has raised $1.5 million, which has helped meet the needs of more than 300 people. Funds help pay for anything not covered through the patient’s insurance company.
“Another one of our priorities is to make sure that the cancer patient has an escort. So a family member goes with them and if they have to come home to go to work, we’ll pay travel for someone to go and accompany them,” says Roberta. “So this patient is never alone.” They also pitch in to assist with the cost of wigs and prosthetics.
In recent years, the group has been helping between 30 and 40 people from the region annually.
“The costs can be astronomical. I mean, it can be $10,000 per patient. It can start off with $10 prescriptions, but we can cover up to six weeks’ accommodations,” she says.

Year-round effort
Throughout the year volunteers fundraise on behalf of the group in a variety of ways - everything from shaving their heads in exchange for donations to holding rubber duck races and organizing dart tournaments.

“There’s so many events that happen that they have to get approval for in advance,” Roberta says. “So our committee, more or less, meets to discuss these events and approve them. So there’s permits involved, special events licences and all that. So we’re kind of in the background, taking care of all the necessities. It works very, very well.”

Then there’s the annual Cancer Benefit Concert, held in July each year. (This year’s event takes place on July 17.) After months of organizing, the doors of the Bay d’Espoir Rec Plex in St. Alban’s open at 2 p.m. and live entertainment gets things started. Later on, local clergy lead a prayer service; an adult dance gets underway at 9 p.m. and the good times roll until 3 a.m.
“It takes hundreds of people to organize. And it’s kind of taken off on its own, where the people kind of do it on their own now. They know what’s involved, they know where we are, they know when the deadlines are,” Roberta says.
It’s a lot of hard work for countless volunteers, but it’s more than worth it. Roberta often hears about the positive effects their fundraising has on patients during what is often the worst time of their lives. “We’ve been told, over and over again, that ‘I don’t know what I would have done without this fund.’” - By Elizabeth Whitten
MORE ARTICLES
load more