Just weeks away from the 100th anniversary of the Battle of the Somme at Beaumont-Hamel, a new museum honouring the Royal Newfoundland Regiment opens today in the Surgeon Lieutenant-Commander W. Anthony Paddon Building overlooking Quidi Vidi Lake in St. John’s.

The new space on the ground floor of this Dept. of National Defence building tells the story of the Royal Newfoundland Regiment and its predecessor units going all the way back to April 25, 1795. That’s when Captain Thomas Skinner of the Royal Engineers raised an infantry company of 600 men. (If you take in the Signal Hill Tattoo during the summer tourist season you will see interpreters performing precise military drills in uniforms designed to match that era.)

Among the highlights in the new museum are the Medal Wall of Honour, the very rare Andrew Bulger Medal from the War of 1812, an extensive assortment of uniforms, an exhibit on Dr. Cluny Macpherson (inventor of the gas mask in WWI) and First World War trench maps. WWI postcards and archival material related to the 166th (Newfoundland) Field Regiment from the Second World War are among the artifacts donated by the Newfoundland Labrador Command of the Royal Canadian Legion.

One of the museum’s most evocative artifacts is a WWI Brodie Helmet (pictured below). Retrieved from a battlefield in Europe, it has a vicious-looking twin-pronged bullet or shrapnel hole piercing the crown - likely the cause of death for that soldier. 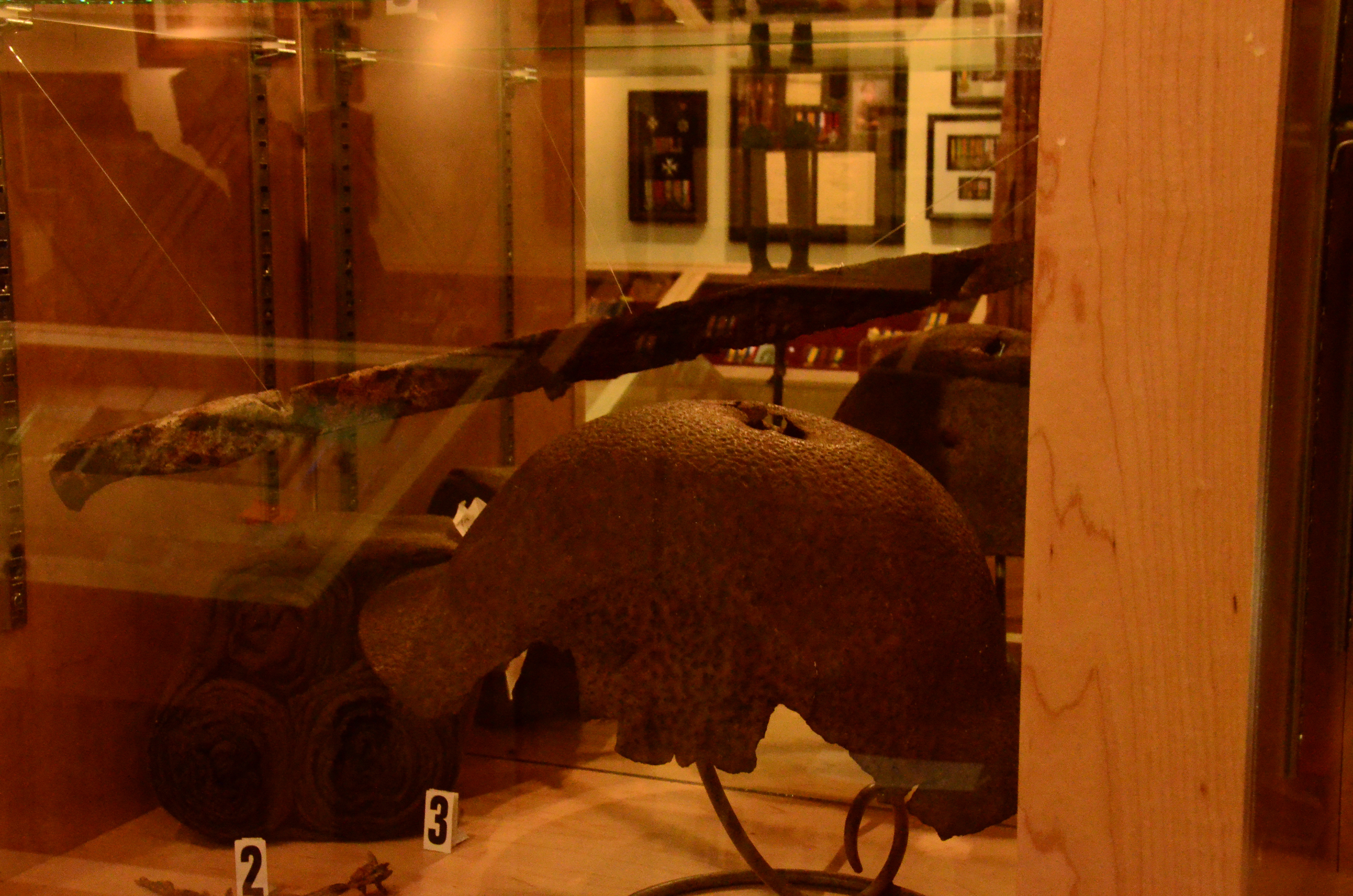 Click here for more information about the Royal Newfoundland Regiment Museum, including hours of operation. To book a viewing appointment, call 709-733-3910. - Story and photos by Dennis Flynn