Trek of a Lifetime 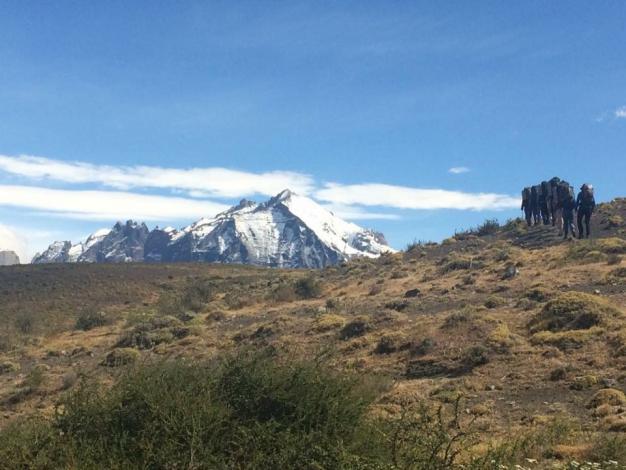 She's hauled a sled up a snow-covered mountain in Labrador, gone glacier trekking in the Canadian Rockies and, most recently, she traversed the remote Torres del Paine National Park in southern Chile - and she's only 17. Chief Warrant Officer Jenna Parsons, a member of the 2615 Victoria Lions Army Cadet Corps in Victoria, NL, is a true adventurer and her latest journey was a particularly impressive one. Jenna was one of 18 youth selected from across Canada for the prestigious International Expedition, an experience designed to push the mental and physical limits of the country’s top cadets. For her, it was the culmination of six years of intense preparation in her cadet corps. 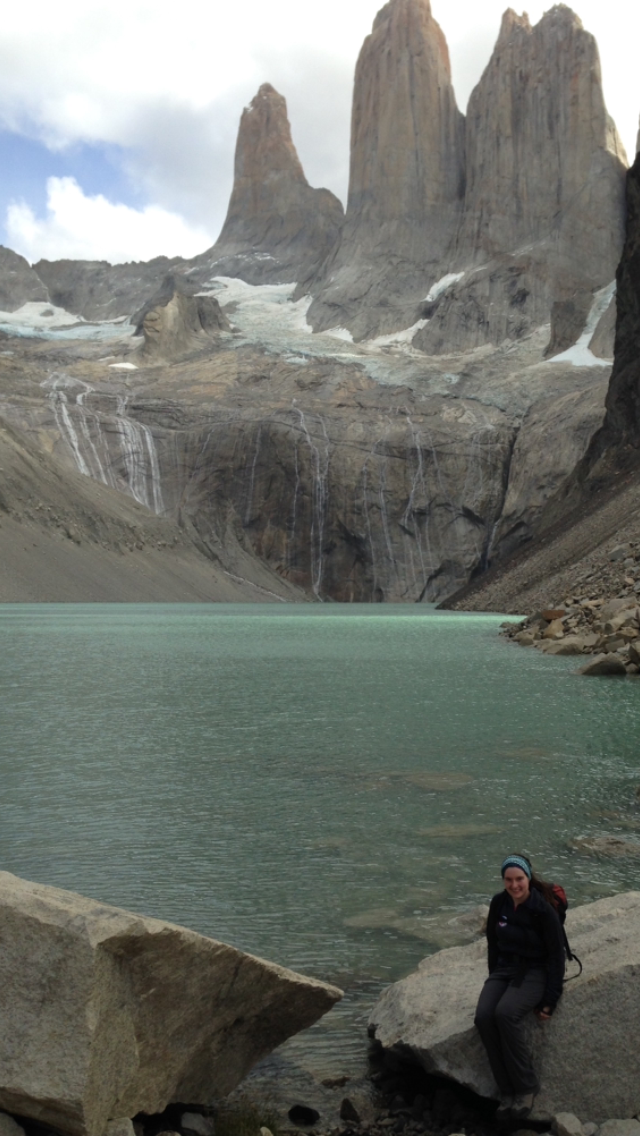 “I’m still really humbled,” says Jenna of being selected from more than 5,000 cadets who applied to participate. “I don’t know how many times when I was actually in Chile that I said, ‘I can’t believe I made it this far.’”

The 10-day expedition saw Jenna embarking on the demanding route known as the “W Trek” in February. The journey consisted of six days of hiking, followed by a day on horseback and three days of kayaking.
During the hiking portion of the epic journey, the cadets carried 25-lb packs while covering approximately 20 km on foot per day, and slept in tents they pitched themselves each night. They battled high winds, near-constant rain and even snow during their trek. But it was more than worth it, she says.

One of the highlights for Jenna was getting a close-up view of the Grey Glacier - a massive ice field that makes our icebergs look tiny by comparison.

“When we kayaked by Glacier Grey, we were so close we could almost reach out and touch it,” says Jenna. “Just being so close to such a site was incredible.”

It wasn’t just the sites that wowed Jenna, she also enjoyed getting to mingle with the locals before and after the trek. And she says her experiences growing up in Newfoundland likely contributed to her ease in these situations.
“I connected really well with the people…they were very inviting and very hospitable like we are here in Newfoundland,” says Jenna. “So I feel in a way I kind of connected a little better with the people than some of the cadets who are from bigger regions of Canada.” 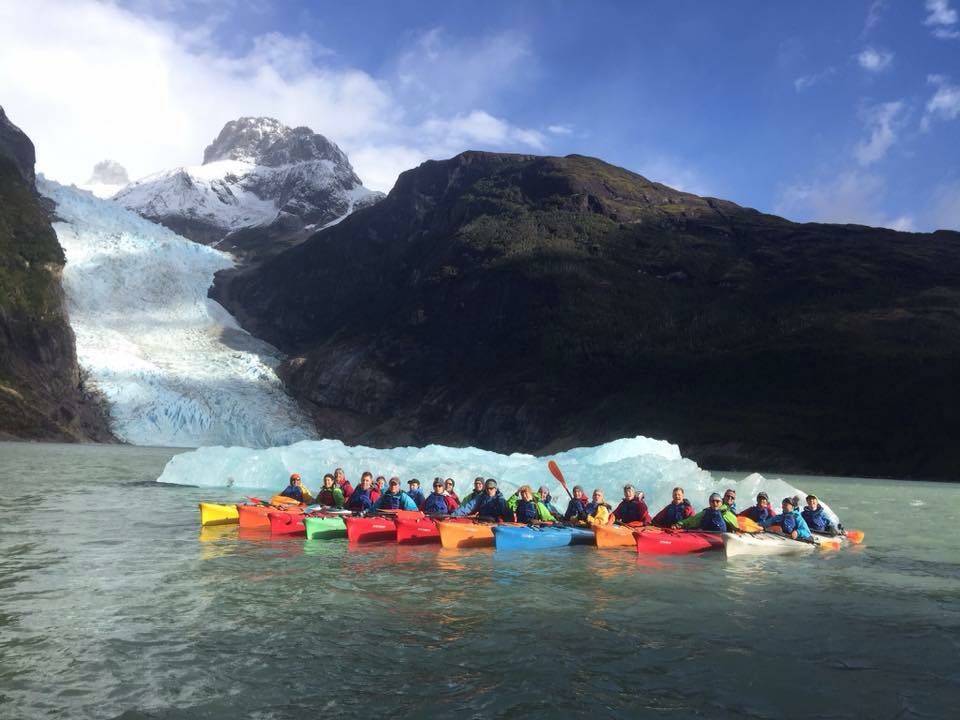 Past Travels
While the International Expedition could be seen as the culmination of Jenna’s previous travels as a cadet, she says each journey she’s taken has been challenging and rewarding in its own way. A week-long expedition last year saw Jenna hiking in sub-zero temperatures in Labrador.

“You’d wake up in the morning and your laces would be frozen on your boots,” recalls Jenna. “Then you’d have to take down your tent and your hands would be so cold.”

But it was overcoming those challenges that made the journey such a gratifying experience for her.

In 2014, Jenna was the cadet representative selected to travel to Europe and tour the Trail of the Caribou with the Royal Canadian Legion.

“You’re looking at grave stone upon grave stone and a lot of them were people my age, and I felt like those hurt the most, those hit home the most,” says Jenna. “There’s times where you just stood up and everyone was silent and you’d have tears streaming down your face just because it was so powerful and so emotional.” 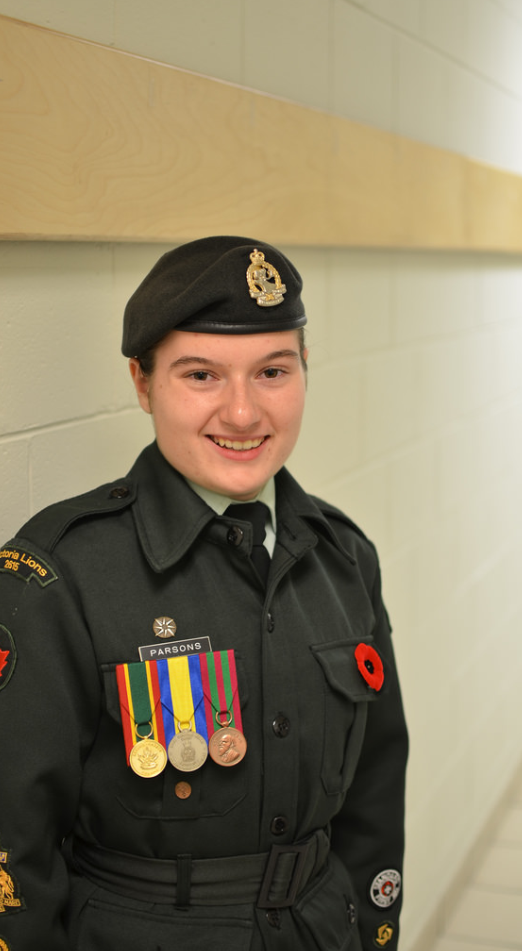 Jenna says that travel - whether it be in her own province or on another continent - will always be a passion of hers, and she hopes to ignite that same fire in the cadets coming up the ranks behind her. To that end, this summer she plans to work at the Argonaut Cadet Training Centre in New Brunswick.

“Hopefully I’ll be able to teach others about expedition and teach them all about my experience, and how to get where I’ve been,” says Jenna.
When asked where she’d like to travel next, she says without missing a beat, “I’d like to go everywhere,” adding that building houses in Africa is near the top of her bucket list.
Jenna graduates high school in June and will join the faculty of science at Dalhousie University in Nova Scotia in the fall, with hopes of one day becoming a psychiatrist.
Wherever the future takes her, the experiences she’s had so far and the challenges she’s overcome will most definitely help her get there. - By Ashley Miller