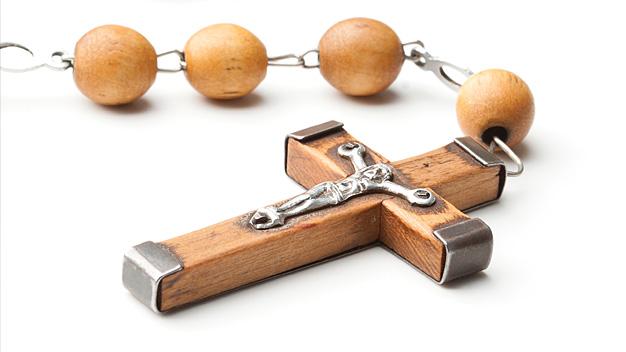 My mother, Mary Pretty, was a woman of great faith. If Mom said one prayer, she said millions and the Rosary was one of her favourites. That faith was rooted in her upbringing; her grandfather, Edward, was from Ireland and he was deeply religious as well. The heritage of devout Catholicism was well established in the O'Brien family by the time I was old enough to spend summers with my grandparents.

My grandparents, Monica and Gus O’Brien, walked the mile to church or hitched the horse and cart to go to Petty Harbour for Mass before they ever had a car. While attendance at Mass was obviously important, I think the part of the faith that entered everyday life was the Rosary. And just like everything else in life, it had its lighter moments, including inappropriate laughter.
Every evening after supper, when everything was cleared away, Nan, Granda, Uncle France and I knelt in the kitchen. Granda or Nan would start and each of us in turn would lead a decade of the Rosary.
Periodically Granda, a tall, big man, would break wind while he leaned over the chair. Uncle France and I did our best not to laugh, but depending on the sound - or sometimes chorus - out of Granda, it was hard not to. Nan laughed too, but silently. Anytime I looked over at her, she’d have her head down, shaking.
The thing was, the Rosary went on, regardless. It was common for people to drop by unannounced in those days, and anyone who came by during Rosary time just picked a spot and knelt with the rest of us to pray.
I remember when I first started to say the Rosary with my grandparents, I couldn’t figure out what they were saying. I knew the Hail Mary, of course, but in the repetition of the prayer and the speed with which it was said, I couldn’t make out the words. Was this some new version I didn’t know? The first two words, Hail Mary, were always loudly spoken; then the rest of the verse rapidly trailed off until…“Holy Mary” returned loudly and then the same thing happened all over again.
There were always intentions with the praying, too. Many a soul was ushered into heaven (we hoped), or the sick remembered, and always there were prayers for the family.
When the Rosary was done, I could go out to play. Usually I went down to visit the Martin family; often they’d be at the Rosary, too, and I’d join in with them. If I was lucky, they’d almost be finished. At least that’s what I thought then.
Years later, as my father, Samuel Pretty, lay dying, one of the last things we heard him say was the “Holy Mary, mother of God, pray for us sinners, now and at the hour of our death,” part of the Rosary. He was saying it spontaneously when he could barely speak. Years of praying came down to that one simple prayer in the end. I think he was comforted by it.
I know we were. - Submitted by Marie Smith of Summerside, PEI