Carving Out a Life

The life of an artist isn't what Scott Butt envisioned for himself as a teenager in St. George's, Newfoundland - not even close.

"I actually studied electronics for a year. I went to school in St. John's and done really well with it, but I couldn't actually afford to keep going to school,” says Scott. He found work in construction and eventually moved back home. Then, during a weekend canoeing trip with friends at age 23, he found his passion for art.
“I just picked up a stick and I started to carve on it,” he says. He showed that carving to his uncle, who passed along some wisdom from Scott’s Mi’kmaq heritage.
“He told me about the tradition of aptoq, which is basically a staff that Mi’kmaq would use, kind of like the same way that the native people way out West use totem poles. It’s just that we move around a lot. So we carve history into the stick and then take the stick with you,” explains Scott, a member of the Qalipu Mi’kmaq First Nation.
That’s when he started to get into staff carving, which eventually led to furniture building. And since that fateful canoe trip in his early 20s, he hasn’t looked back.
Scott has now been pursuing his art for more than two decades and in 2004, he formed Rustic Creations, making everything from furniture (e.g. tables and beds) to traditional aboriginal items, such as flutes and drums. While making a living as an artist can be tough, Scott says he has found success with his carving business. For the past two years, he says there’s been a solid demand for commissioned work. He estimates he’s made approximately 500 hand drums, with moose hide he scraped himself, in the last two years alone. “It’s a very authentic piece of work when I’m finished,” he says.

Three years ago, Scott graduated from College of the North Atlantic's business administration program - education he felt was important to running his business. But despite his obvious talent, and although his childhood was filled with learning traditional skills, Scott says he’s had no formal training in carving.

“All carvers that I’ve ever met are all self-taught. Everyone is, because it’s a skill that’s really hard to teach,” Scott says. “I just picked it up and went with it.” Instead of sitting in a classroom, he started going to shows and looking at artwork he liked. Once he knew what other artists were capable of making, he’d try his own hand at replicating it. “And I kept doing that until I started figuring it out.”
Scott carves wood, stone, animal bones and antlers. Working with these materials is very different from working with something like clay, says Scott. 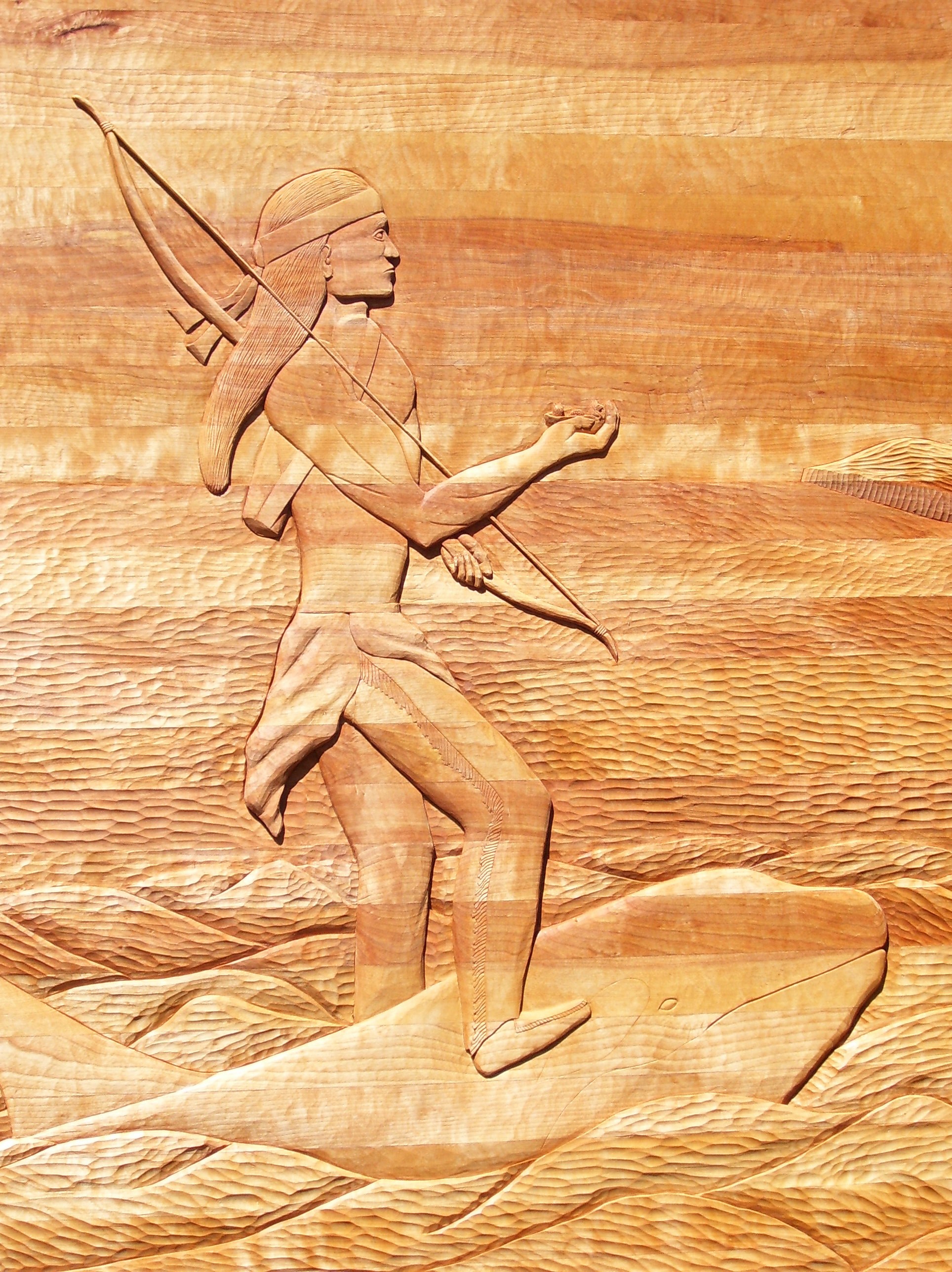 “There’s absolutely no forgiveness to it. If you cut a piece off and it’s ruined, well, it’s ruined,” he laughs. “You can’t glue it back on.” He recalls being a week into a project, only to accidentally hack off a piece, ruining the entire work.

When it comes to carving, Scott says he tries to avoid using power tools whenever possible, preferring to do the majority of his work by hand. He also harvests his own materials, like finding the rights trees and cutting them down for his pieces. 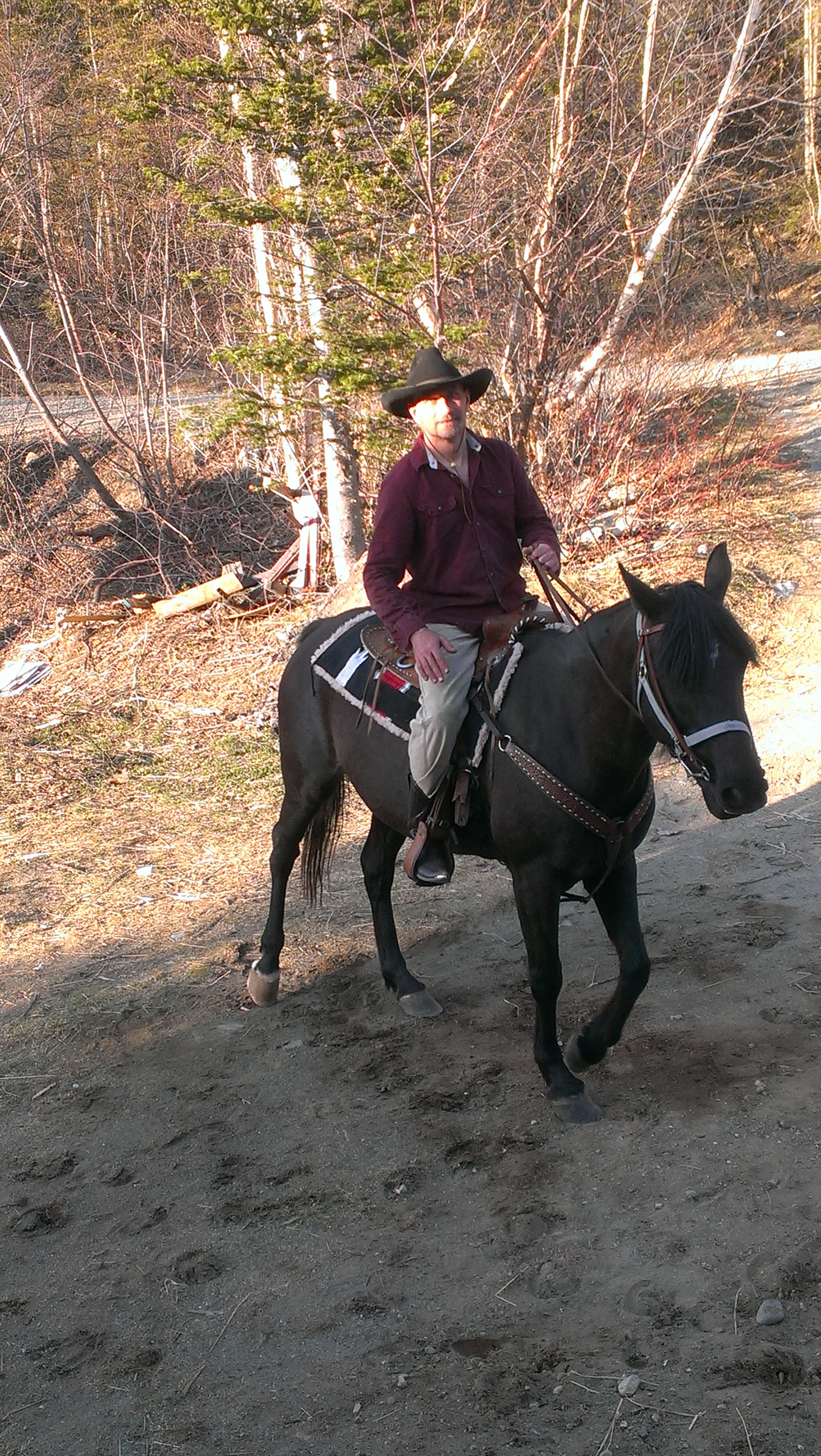 Carving has not only allowed Scott to make a living, it’s allowed him to make a life he enjoys. Scott spends much of his time at his cabin near Flat Bay River, where he says he can’t see a soul for miles. It’s quiet, except for the occasional rumble from a distant snowmobile going by. Since it’s located in a valley, he says it’s even tricky to get cell reception. In winter, getting to the road from his cabin can be difficult, so he travels by snowshoe, dog sled or horse. But this solitude suits Scott (pictured left), and his pursuit of art, perfectly fine.

“It’s a definite life choice; it’s a lifestyle, right. And I think, being a creative person, too, there’s a state of mind you have to be in to create,” says Scott. “There’s a certain place you have to get to. And that place is really hard to get to when you’re surrounded by all the noise. So communities, people, vehicles, just the noise of your house, it’s hard to get to that state where your creative mind can work.”

Nestled deep in the wilderness, with mountains rising up on either side, Scott has carved out the perfect place to let his creative spirit flourish. - By Elizabeth Whitten