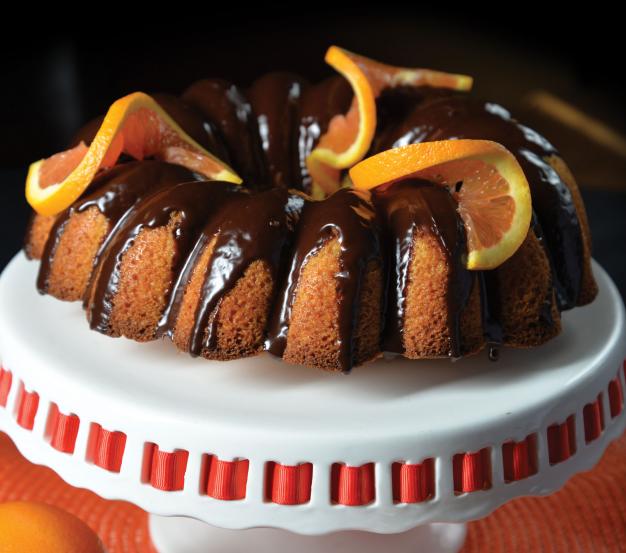 These days, many of us are trying to eat as seasonally and locally as we can. Hopefully, like I do, you stored fresh berries in your freezer, or maybe bottled up some compotes, sauces and chutneys made with the produce of our summer and fall. The reality is, though, in order to supplement our diets with nutrient-rich, colourful, fresh vegetables and fruits this time of year, we need to rely on the grocer's imported produce section. When I buy imported produce, I try to purchase that which has travelled the shortest distance, so Florida citrus is preferable over Californian, say, or Chilean. But even those are seasonal, as I learned. For example, most Florida citrus crops are out of season after January. Luckily, there is one delicious orange variety that is in season from March to June - the Valencia. Known for sweetness and juiciness, it’s exactly what I need to bring some Florida sunshine to my kitchen in Newfoundland in March, when I am longing for the budding of leaves on the trees, the sound of returning birds and the smell of the ground warming in spring.

This month’s recipe is for Orange Polenta Cake. I hope you are as energized as I am by the warm, sunny colour, bright citrus aromas and flavours, and delicious texture of the polenta (cornmeal).

Orange Polenta Cake
Serves 8-10
4 eggs, room temperature
1 cup sugar
1 tsp vanilla
Zest of 3 Valencia oranges
1 3/4 cups flour
1/2 cup yellow polenta or cornmeal
2 tsp baking powder
1 tsp kosher salt
1/2 cup mild olive oil (I used locally bottled O’Leva orange-infused olive oil)
1/4 cup melted butter (not margarine)
Preheat the oven to 350ºF. Grease and flour a bundt pan. In a stand mixer or with electric mixer, beat eggs with sugar, vanilla and orange zest until pale and slightly thickened. Meanwhile, in a separate bowl, mix flour, polenta, baking powder and salt. In a third bowl, combine olive oil and melted butter. Beat in 1/3 of the flour mixture, followed by 1/2 the olive oil/butter mixture, followed by another 1/3 of the flour, rest of the olive oil and finish with the flour. Mix just until blended. Transfer batter to the prepared pan and bake for 30-40 minutes. It browns fairly easily, so it helps to give the pan a half-turn midway during the bake time. A toothpick should come out clean when done. If not, bake a few more minutes. Let cool and remove from pan. While cake is baking, make the ganache.

In a large, glass measuring cup, heat the cream and corn syrup 2 minutes in the microwave, just until it starts to bubble (add or subtract time depending on the power of your microwave). Add the port, salt and chocolate chips. Stir once or twice. Let sit 3-4 minutes to allow chocolate to start to melt. Then, with a small whisk, stir until the mixture becomes smooth. Add the butter and stir to melt. Pour ganache over top of cake and allow some ganache to drizzle down the sides. Let firm up in a cool spot.

Orange Supremes for Garnish
6 Valencia oranges, cut in “supremes”
To “supreme” (pronounced SOO-praym) oranges means to cut the segments neatly out of the pith. Position orange on cutting board so that stem end is on the side. Cut a half-inch slice off each side of the orange, evenly exposing the flesh. Then position the orange on the cutting board so that one of the cut sides is down. With a sharp paring knife, cut away the peel and white pith by slicing neatly down the sides of the orange, following the contours. When all the orange flesh is exposed, hold the orange in your hand over a small bowl and, using the paring knife, slice down into each segment, close to the pith on each side and lift out the segment into the bowl.  Repeat, turning the orange in your hand until all the segments are loose. Repeat with remaining oranges. Squeeze any juice into the bowl.

To serve: Top each portion with a spoonful of the orange segments. Gild the lily and finish with a drizzle of port, if you like. - By Andrea Maunder