In the small outport community of Fleur de Lys on Newfoundland's Baie Verte Peninsula, a new company has set up shop in an old crab plant, bringing with it the hope of revitalization.

Bernie Halloran is the CEO of PhocaLux International Inc., which opened in the former crab plant last April, processing seals. With ongoing pressure from anti-sealing activists and massive trade barriers, some might argue it’s a risky business to be getting into - but Bernie’s no stranger to the sealing industry, and he’s not afraid.

When Downhome reaches Bernie, also the owner of luxury sealskin and fur retail store Always in Vogue, he’s in China. He has just attended the Beijing International Fur Show, and while sales are a bit slow because of the price of oil and the rising US dollar, he says he’s optimistic that won’t last for long.
Via email, Bernie discusses his newest venture, which aims to use all parts of the seal, so not a scrap is wasted. 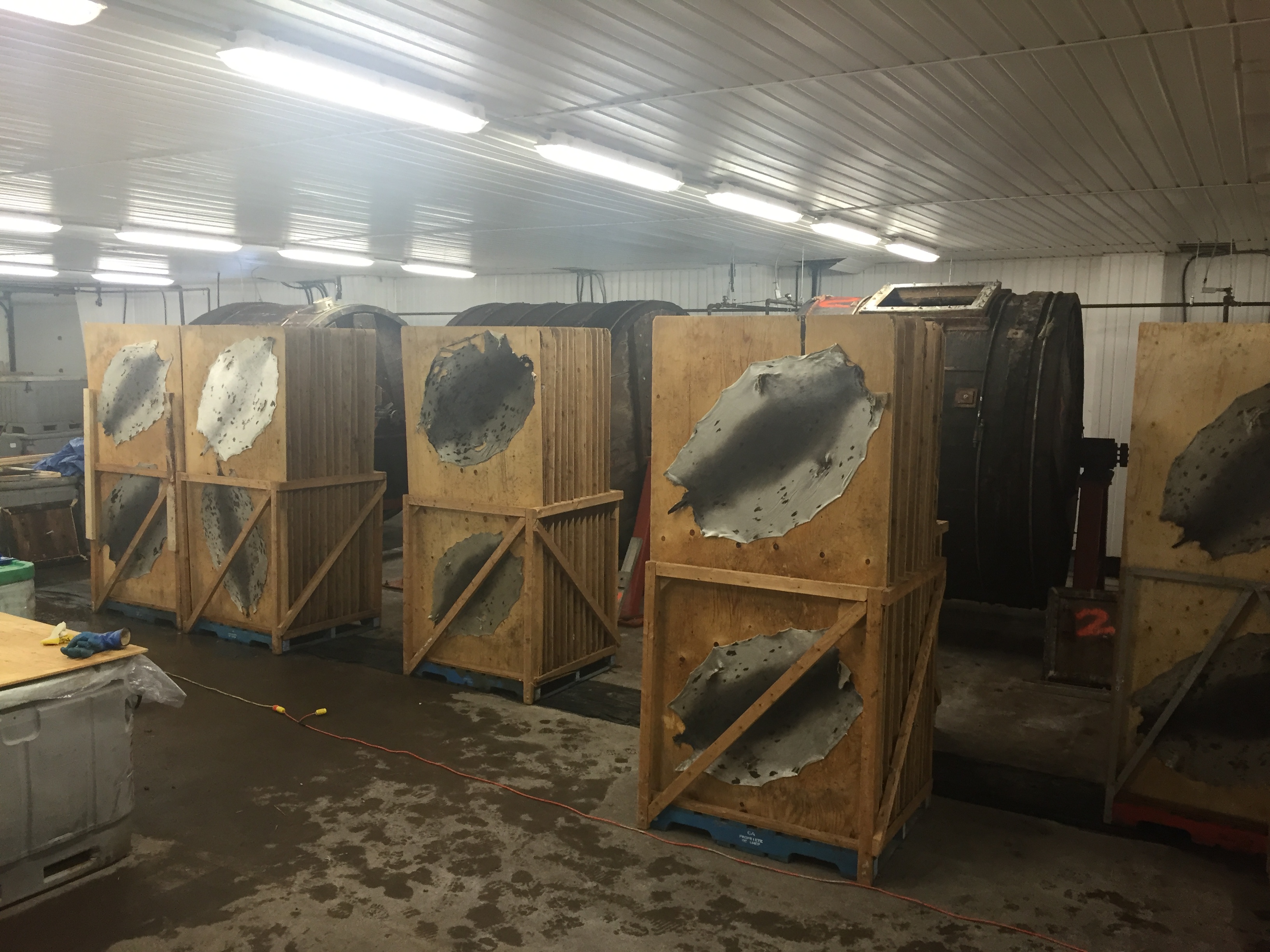 “This means full utilization of our natural resource,” Bernie writes to Downhome. PhocaLux, which last year received a $1-million loan from the provincial government, currently produces omega-3 rich seal oil and seal meat, and is awaiting government approval to begin operating a tannery. Part of the company’s strategy is to find new markets for seal products. One country that’s been showing a lot of interest is China.

The Products, The Possibilities
Being much higher in omega-3 fatty acids than fish oils, seal oil has long been heralded in Newfoundland and Labrador for its many health advantages, such as preventing and treating high blood pressure and diabetes.
But during his business trip to China, Bernie’s not just talking seal oil. He says he’s been speaking to potential partners who use animal bones to produce powder for health benefits.

Seal meat is also sought after, but Bernie believes it’s destined for uses far beyond the typical seal flipper pie.

“The meat side of our business just needs the right chefs. Today we believe they are out there, and we believe when the right recipes evolve the market will explode. Korea and Japan are talking to us now and very interested in the meat,” writes Bernie.
Bernie says he can envision having the Fleur de Lys plant open all year long, developing seal oil, meat, bone and fashion.
Back home, Fleur de Lys mayor Joy Walsh is also optimistic. She’s pleased that PhocaLux set up shop in the town and says it’s the perfect match for the community, which has a long history of sealing. “Sealing is big here. We have a few sealers here in the community, a few big boats that does the seal hunt,” Joy says.
The jobs the new company has provided are also a boon to the tiny outport, with an estimated population of 220 people.

“It’s a wonderful thing when you get employment into your community, when you haven’t had it for so long,” she says. According to Newfoundland and Labrador’s Department of Fisheries and Aquaculture’s website, sealing can account for 25 to 30 per cent of a sealer’s annual income.

During peak time last season, PhocaLux employed more than 40 people in its plant. Their jobs varied from administration to working with the seal oil, meat and skins. At press time, the plant had at least 10 full-time employees.
“We’re so happy that they brought it to our community. It’s just a wonderful thing here. It’s a wonderful feeling to see people going to work in the morning, so it’s going to be great,” Joy says. “And hopefully it’ll help all of Newfoundland, eventually.”

A Bullied Industry
Despite the critical eye and piles of protestors the industry attracts, in Bernie’s opinion the future of sealing looks bright.
“At first it was difficult because we were looking for the right size plant with limited funds,” says Bernie. “Being a risky business, the local banks are never favourable when it involves the word ‘seal.’”

But now that PhocaLux is not just up and running, but succeeding, Bernie is as positive as ever.

“We are excited with our new operation…We have come a long way for the first year, selling all our meat and oil and over 25 per cent of seal pelts,” says Bernie.
“The sealing industry is no different than beef, pork, chicken…and any other food industry in the world today,” he says, and he’s confident it will be only a matter of time before anti-sealing protest groups are exposed for what he believes they are: “Lying propagandists. Making money off innocent people that are unaware of the real facts,” he writes.
He’s pleased that PhocaLux is having a positive impact in Fleur de Lys, and he believes his new company is reaffirming the pride Newfoundlanders and Labradorians have in the industry.
“We want our team, PhocaLux International Inc., to feel proud when we win this war on the most bullied industry on the planet. A sense of pride knowing we were right all along would make this all worthwhile,” he writes.
Already, Bernie says PhocaLux has secured new buyers for its seal oil, meat and pelts for 2016.
Say Bernie, “We are looking forward to another exciting year.” - By Elizabeth Whitten