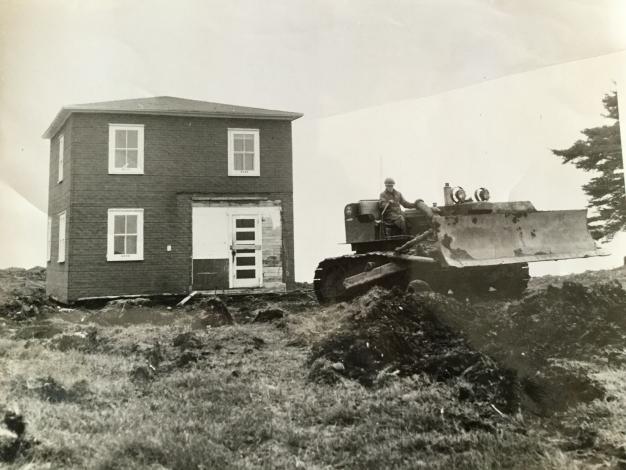 Judy Kelly (nee Wareham) was 12 years old when her family made the journey from their home on Long Island to resettle in Arnold's Cove, in 1964. She remembers feeling, at the time, like the trip was a big adventure.

"I was really excited about moving. I can remember my mother crying as we were turning the point and leaving Spencer's Cove," Judy recalls. “And at that time we thought that was crazy. You know, ‘Why aren’t you all excited?’ But now, as I’m older, I can appreciate more how my parents must have felt…They were leaving their homes. It was a big adjustment, I’m sure.”

Judy says a fire in Spencer’s Cove made the decision to leave easier.

“There was a business there that burned to the ground, I think it was an electrical fire,” Judy says. “And rather than rebuild, because younger people were moving away anyway, the whole community decided to resettle. And the majority of people would have moved into Arnold’s Cove.” 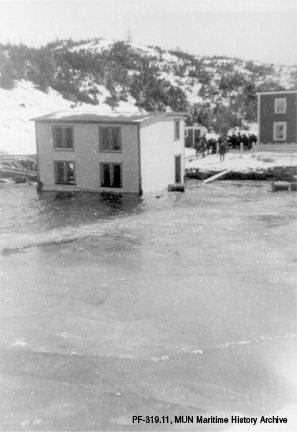 Arnold’s Cove was the go-to town in the area, she says. If anyone needed to go to a hospital, they went to Arnold’s Cove. If they planned to travel to St. John’s, they had to pass through Arnold’s Cove first. So it was no surprise when the government designated this town as a growth centre during the resettlement era.

In exchange for moving, people were promised better opportunities, jobs, healthcare and education.

Judy says the population of Arnold's Cove grew rapidly. “I remember in high school, the school population was growing so fast that we couldn’t keep up with it. So there was a shift system in school. The little kids would go during the daylight hours and we would go in the evening. So as a teenager, that was awesome,” she laughs. “We could sleep in if we wanted to.”

While resettling wasn’t always easy for the people moving into new communities, it also affected the towns they flocked to. Nevertheless, Judy remembers the people of Arnold’s Cove being very welcoming. “They were very accepting and very accommodating…they were really good about it,” she says.

The town of Arnold’s Cove is gearing up to mark the 50th anniversary of resettlement in 2016, and Judy is the co-chair of the steering committee for the festivities. She says the history of resettlement is such an integral part of the town that back in 2013 they started to think of ways to commemorate the milestone. “It’s such a big part of our town, that I think the town council at the time wanted to do something to honour the people who were resettled, how they’ve adjusted so well,” she says.

The committee’s planning a year of events to highlight this anniversary, and the exact details will be revealed early in the new year. The festivities will kick off in late January, with an opening ceremony that will involve the whole community, she says. (The public can stay tuned to a new website, www.resettlementnl.ca, as well as facebook and twitter accounts set to launch early in the new year, for event details.)

“We’re hoping to make this a year-long event to involve the whole community, from seniors who were resettled to students at Tricentia Academy. We’ve got great support from the town and the community. Everybody’s taken great pride in this initiative. And even surrounding towns want to get involved in some small way,” says Judy.

One of the most iconic images of resettlement is of houses being floated over the ocean to their new homes. In recognition of that, the committee plans to recreate this powerful scene.

“There’s a house that’s going to be floated back to one of the communities, to be used for a community centre,” says Judy.

In addition, Arnold’s Cove will kick off the 2016 March Hare, Atlantic Canada’s largest poetry festival. There’s also a plan to launch a Ray Guy literary festival, as well as a walking tour around the town that will pinpoint relocated houses.

“And there are different reunions going on. I know the Guys for example, they’re one of the main names in Arnold’s Cove, way back. They’re having a family reunion and I’m told there’ll be up to 400 people there,” Judy says. “And Kingwell, one of the resettled communities, is going to have a reunion sometime in the summer.”

For visitors, the committee is creating a resettlement festival, scheduled to take place July 21-31. “So if someone from away wants to come home, obviously they can’t take in the whole year, so there’s a bunch of activities there that everybody will be able to take in.” It will include Arnold’s Cove Day and the community’s annual Fog Festival.

According to Judy, people are already calling, wanting to know more about the 50th anniversary events. “Lots of people all over the world [have been] asking ‘OK, we need to know what you’re doing and when you’re doing it because we need to book vacations,’” says Judy, including many people who once lived in Arnold’s Cove. “There are Arnold’s Covers everywhere, the same as Newfoundlanders are everywhere. Out in Western Canada, the States, Toronto, Britain. You know, we kind of heard from all over,” says Judy.

“It’s going to be a wonderful year and we hope people make some time to take in some of the festivities.” - By Elizabeth Whitten