Molly White of Woody Point, Newfoundland wasn't born with knitting needles in her hands - but she was pretty close.

“I’ve been knitting since I can’t remember,” says Molly. “Mom says I was around four or five when I took an interest in knitting and crocheting, watching her.”

As she got older, Molly’s artistic pursuits grew and evolved with her. In addition to knitting and crocheting, she also mastered embroidery, weaving and felting - and studied visual arts and dressmaking/tailoring at the Bay St. George Community College in Stephenville (now College of the North Atlantic).

Then back in 2000, an opportunity came up for Molly to try her hand at a craft she’d never practised before: rug hooking. She enrolled in a beginner class and says she took to it from the start.

Originally a practical pastime in Newfoundland and Labrador, years ago women made the cosy mats - using recycled scraps of material - to cover their cold, bare floors. Despite its long history, growing up Molly says she never witnessed anyone in her family practising the craft. “It skipped my mother’s generation,” says Molly. “With my mother’s generation the cushion floor came into their lives, so they didn’t need the mats to cover the floors anymore.”

In recent decades, Molly and other local artists have revived the craft by turning it into an art form that typically adorns walls rather than floors.

Despite how the rugs’ function may have changed over the years, the process is still very much the same as it was generations ago. Typically, hooking a rug involves drawing a design onto a backing (usually burlap, rug warp or linen) and filling it in using the material of your choice: strips of wool fabric, T-shirt scraps, pantyhose - whatever’s available. “Just go down with your hook and pull up loops, so loops is what forms your pattern,” explains Molly. Having mastered the skill, Molly now enjoys mixing mediums. In a single rug, for instance, Molly often incorporates embroidery stitches alongside the traditional hooking technique, producing a truly dynamic piece of art. 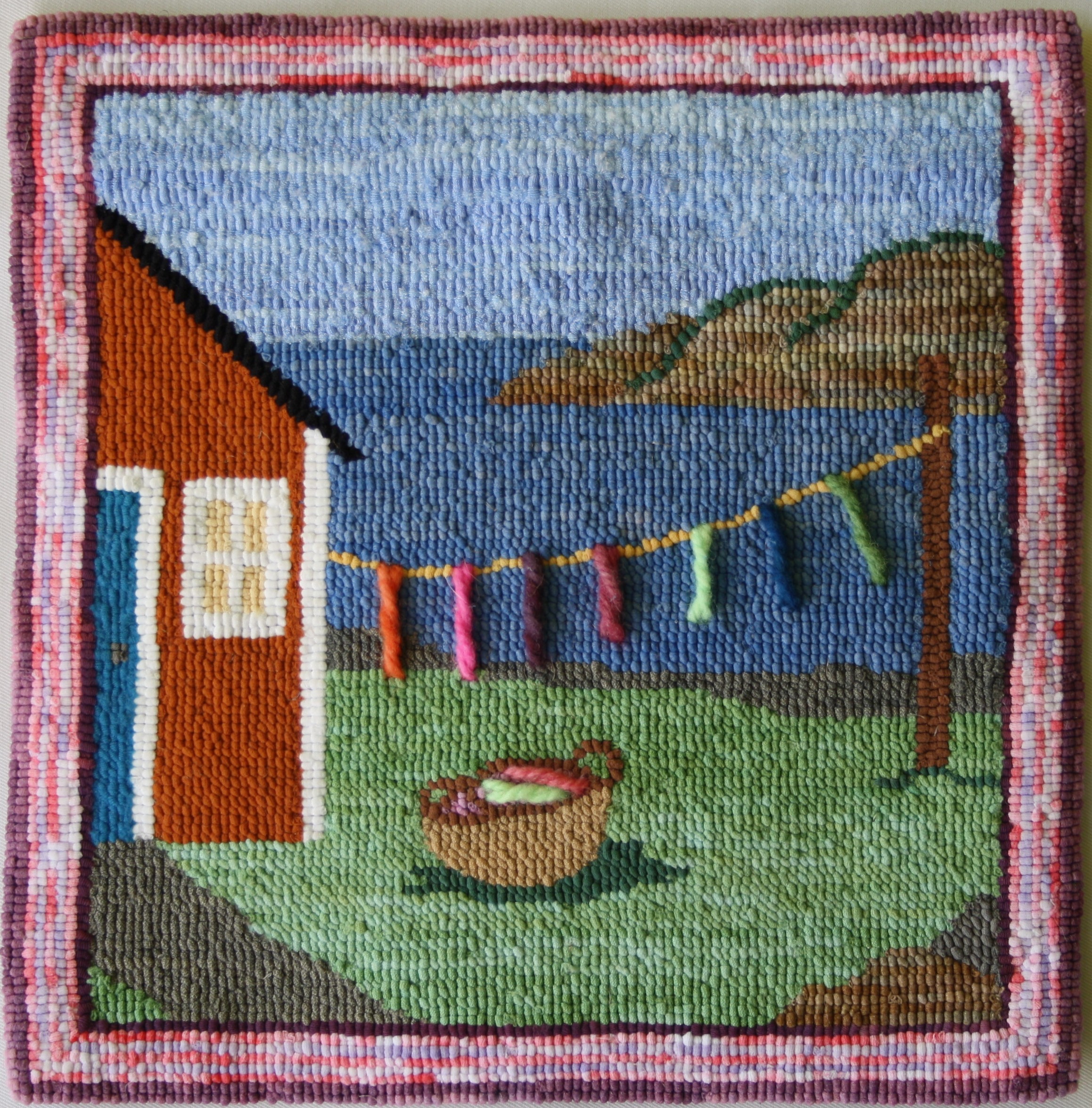 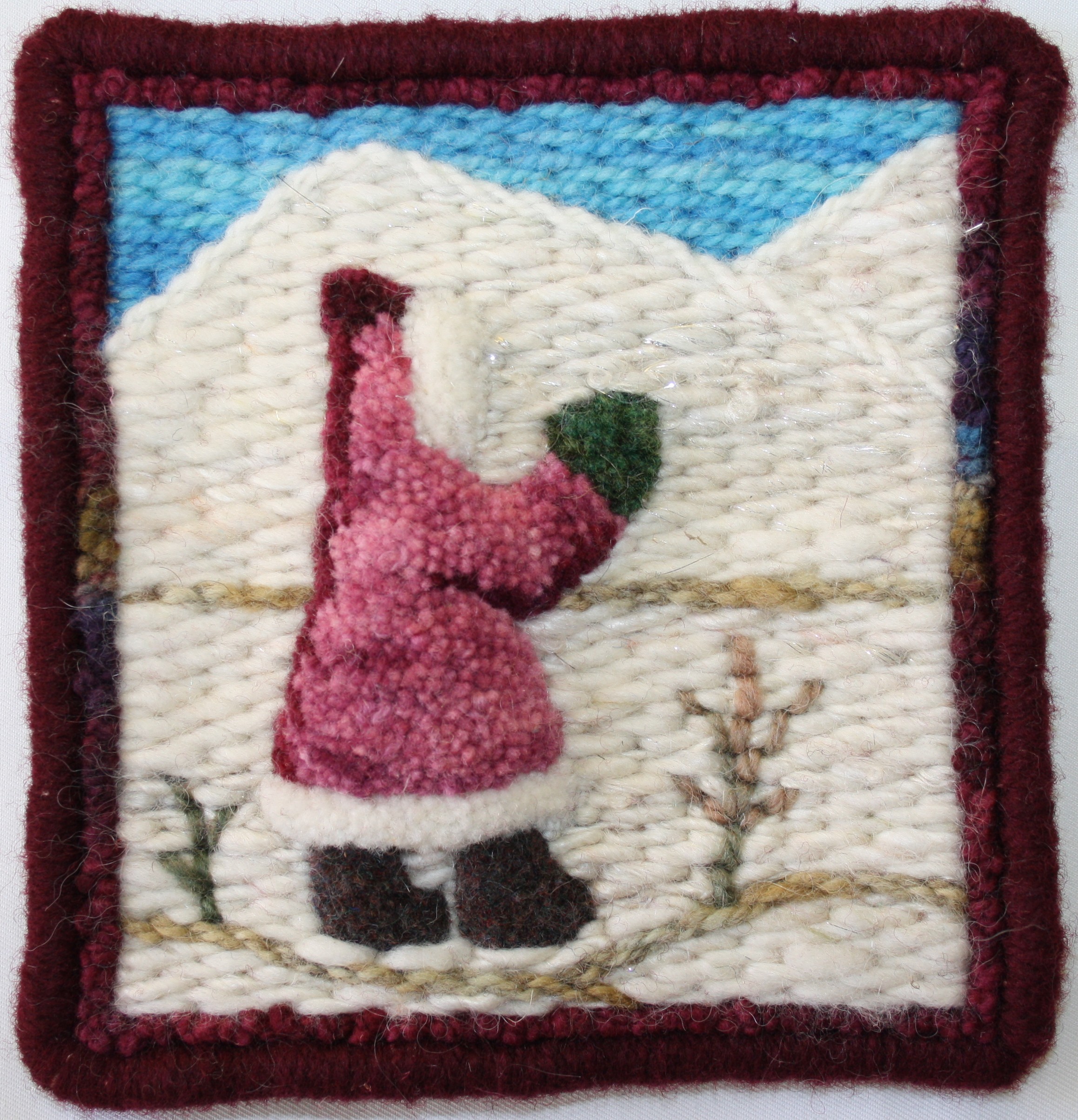 Molly says she always knew she would eventually turn her crafty ways into a business, and about a decade ago she finally followed her dream.

“In 2006, I was working at a local restaurant and decided that wasn’t what I wanted to do anymore,” says Molly. “So I came home to my husband one day and I said, ‘I think we’re going to take the garage and build it into a studio…so that’s what we did.”

It’s a leap of faith Molly is still so grateful she took. The Molly Made Fibre Art Studio has since expanded again and includes a craft shop where she sells her own work, as well as that of other artists.

“It's just a pleasure to get up and create all day long. I’m very fortunate, very pleased, to have the business I have,” she says.

And it’s a pleasure she’s passing onto others. In addition to selling finished rugs, Molly and her husband, Austin (also a talented rug hooker), create and sell rug-hooking kits suitable for beginners. Each one contains a pattern plus all the tools and materials needed to hook a rug. Lucky for Molly, there’s a widespread market for her kits. They’re sold at various retail locations throughout Newfoundland and Labrador, across Canada and even in the United States. While she creates some kit patterns specifically to appeal to consumers outside the province, she says across the board her biggest sellers are still tried-and-true Newfoundland images: the saltbox house and the clothesline. She says that doesn’t surprise her. “People know about Newfoundland and our traditions,” she says. 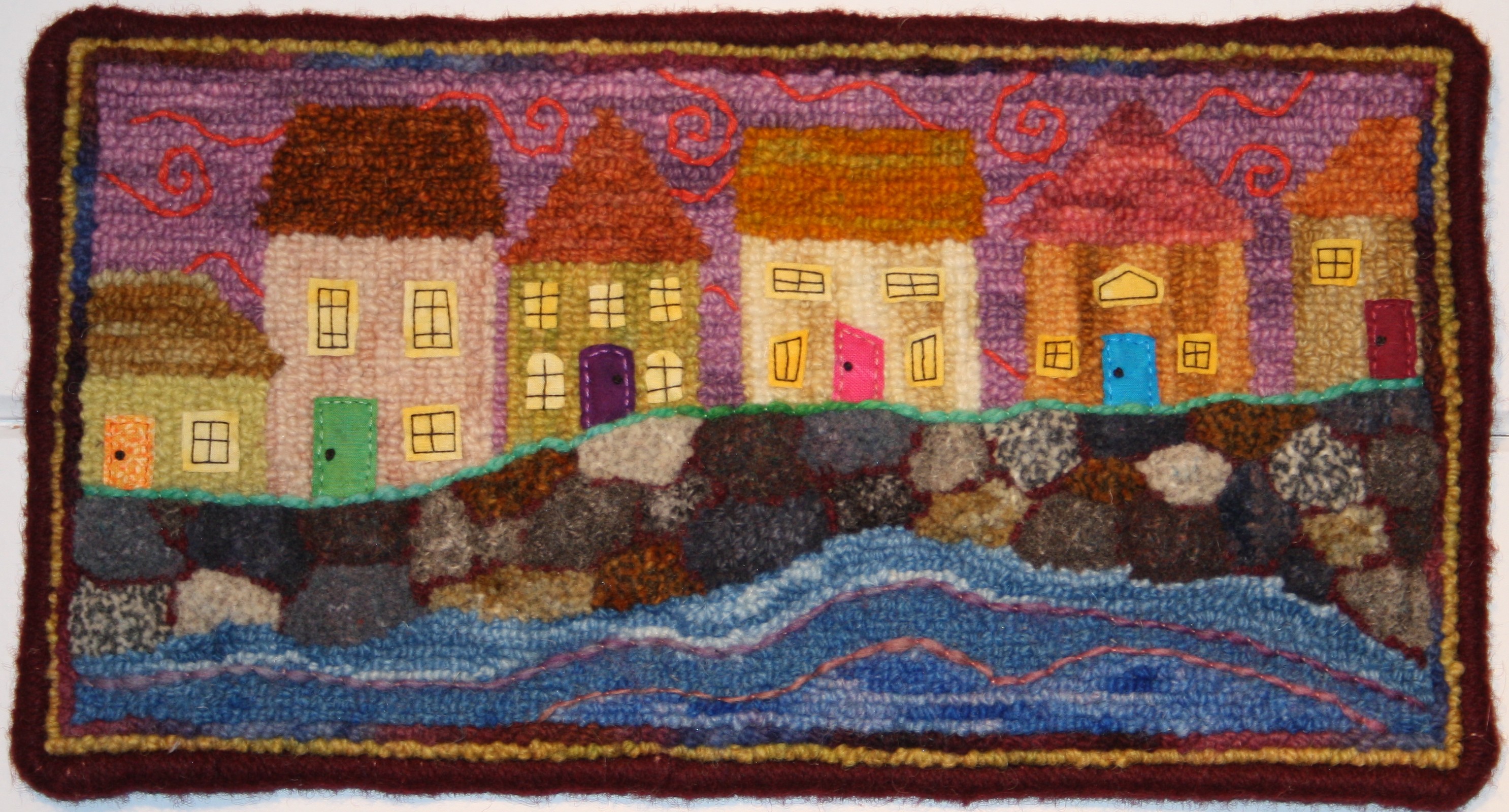 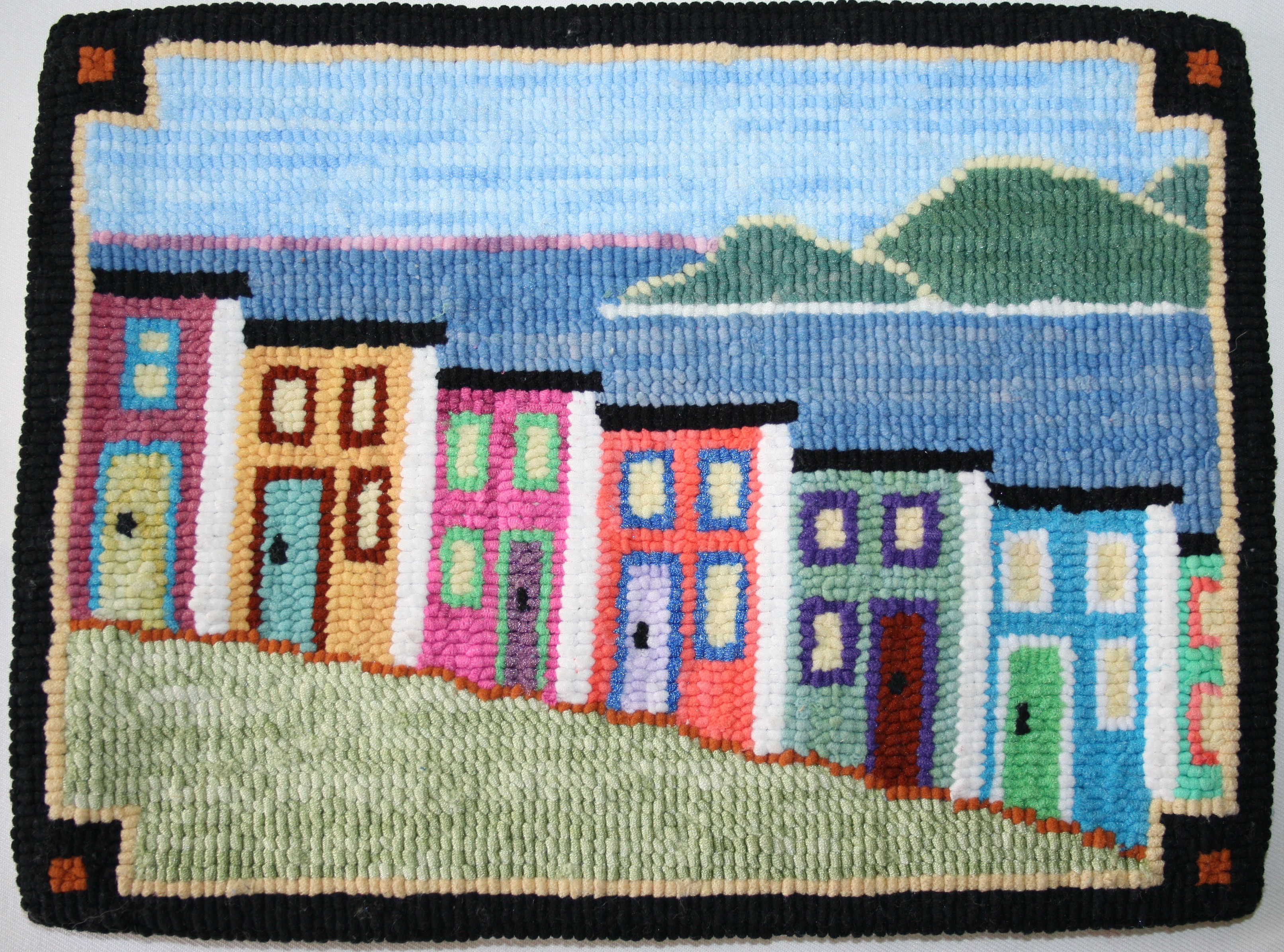 Aside from just plain enjoying her job, Molly says it also feels good to help keep this part of the province’s culture alive. To that end, while she doesn’t have a set schedule, Molly offers classes and workshops in rug hooking to anyone who wishes to learn the craft. And folks are also welcome to drop by the studio in Woody Point to watch her and Austin at work. If you do visit, be sure to admire her finished rugs while you’re there - because one thing’s for sure: if it’s Molly Made, it’s beautifully made. - By Ashley Colombe