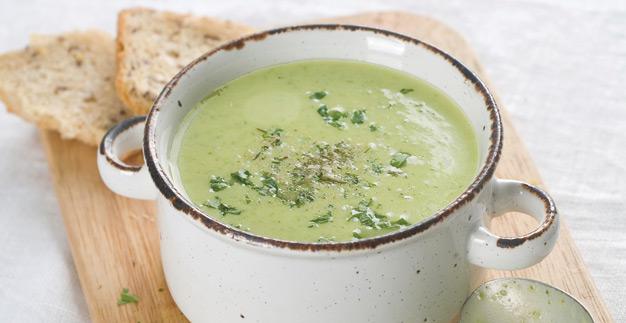 Stinger Nettle Soup - also known as the "Soup of Saints"

Oh those "stinging needles." Many's the time we've all gotten much too close to them! But it was a beautiful patch of ripe raspberries that really did me in last summer. They were so big and ripe and glowing in the late afternoon sun, just begging to be picked and so easy to reach for. The sun was so hot, I’d already taken off my outer long-sleeve, sun protection shirt. It was a T-shirt afternoon for sure, a “pleasure to be alive” afternoon. And yes, I could see a few plants of stingers in amongst the tempting berries, but nothing that I couldn’t easily avoid. 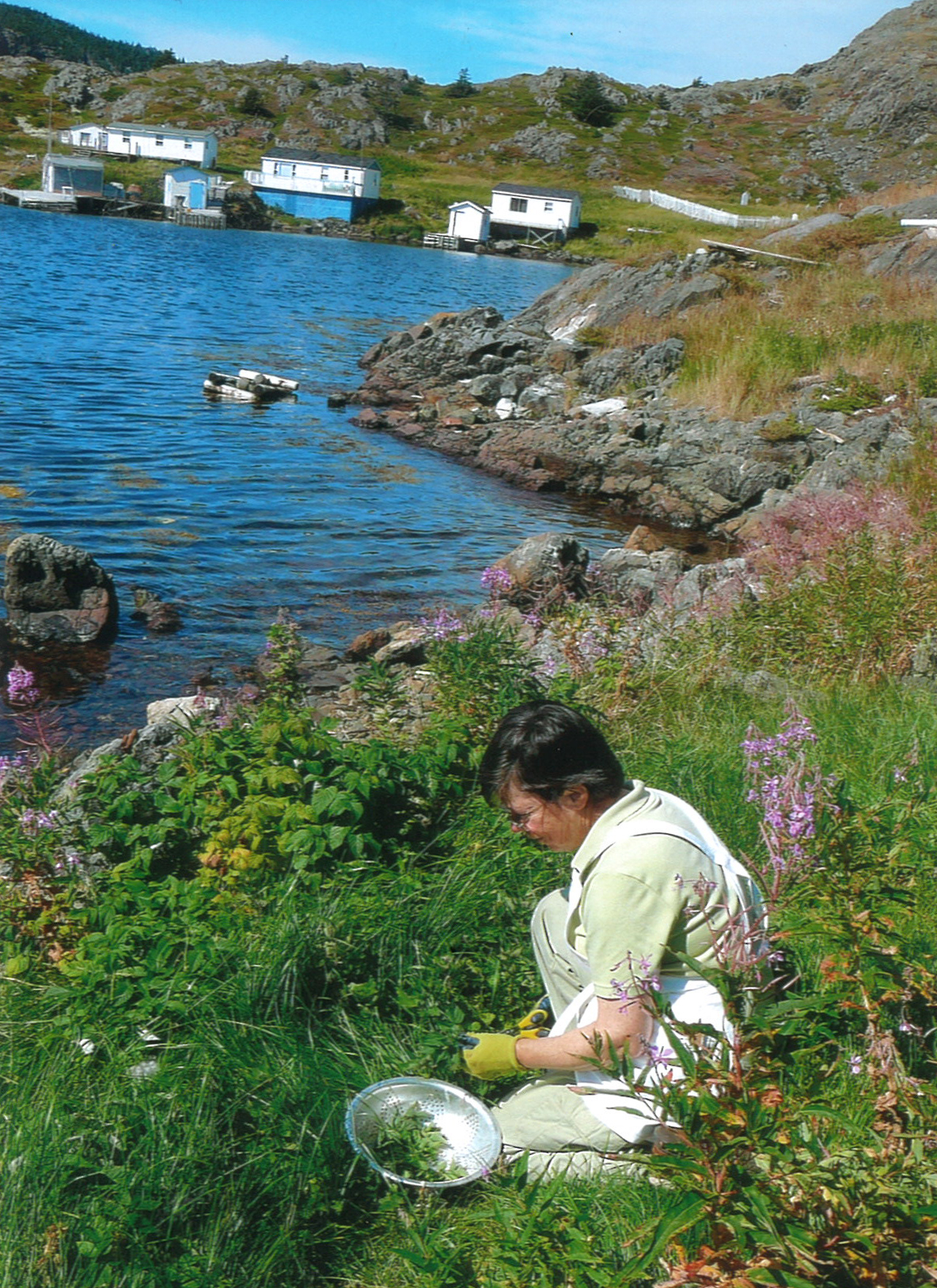 Down the bank I climbed, picking as I went. I was feeling sure-footed until about halfway down, when one misstep sent me sliding on my rear the rest of the short way to the bottom. No harm done; I even managed to keep my bucket upright and didn’t spill a berry. But I’d run my arm right though a patch of stinging needles (nettles), resulting in an intense burning sensation from fingertip to elbow. Boy did that hurt!

Now, as a Come From Away, I’ve had a lot of new things to learn and I try to always listen well to what my neighbours tell me. Right away their words of advice came to mind: “Salt water’s what we do for those stinging needles, maid.” So in I went, over the beach into the ocean right there handy at the bottom of the raspberry bank. Didn’t work. It did nothing to quench the fire or the itch.

Another bit of advice came to mind: toothpaste. I applied it; it also didn’t work. Same with crushed up dandelion greens, though I think the dandelion plant was too old and tough, no springtime milky sap inside. I tried a paste of baking soda - didn’t work. And as a last resort, I remembered the little cake of Coleman’s Laundry Blueing my neighbour Amanda had given me, not for brightening up my laundry but just for the purpose of nettle stings. Unfortunately, it also did nothing to ease the pain. And really, compared to some pains, it wasn’t too much. In the end, the “grin and bear it” treatment worked best. The worst was over in 24 hours.

That said, I decided to be prepared if this ever happened to me again. I called a friend who had access to the Internet (I don’t have it at my summer home) and we did some research. We learned that the plant my friends here in the cove call “stingers” or “needles” or even “poison ivy” is actually the stinging nettle (Urtica dioeca). The reason it packs such a wallop is formic acid, the same substance found in little red ants. It also contains a histamine, which is what makes it itch so. Baking soda or vinegar is suggested because they both neutralize acid. Other suggested plant remedies are Jewelweed (Impatiens capensis) and Dock (Rumex); mash the plants and apply to the affected area. Another Internet suggestion was a paste of cold mud, applied and left to dry, then peeled off. I know that works for a wasp or bee sting, but didn’t think to try it for nettle stings. The last suggested treatment we found was the juice of the healing aloe vera plant. I actually have one of those growing in a pot on my windowsill. So next time I fall into a patch of stinging nettles - I hope it isn’t anytime soon - I’ll have a longer list of remedy choices to try.

So how about the raspberries? They were delicious. I served them up that day at a dinner party for company, as an instant ice cream dessert. I’ve included the recipe here, which I found in an issue of Time magazine. It’s called Ruth Reichl’s Instant Strawberry Ice Cream (she was the longtime editor of the American food magazine Gourmet). I simply replaced the strawberries with raspberries.

Oh and I had another encounter with nettles - only this time I ate them. Not in the spirit of revenge, but because they are delicious. Nettle soup is a longtime favourite of my more adventurous friends who come to dinner at our house. It’s easy to prepare, as you’ll see by the recipe I’ve included.

If my story has a message, it is this: Whether seen as a remedy or a recipe, use what you have where you are. - Submitted by Judith Wolfe, Madoc, O.N. 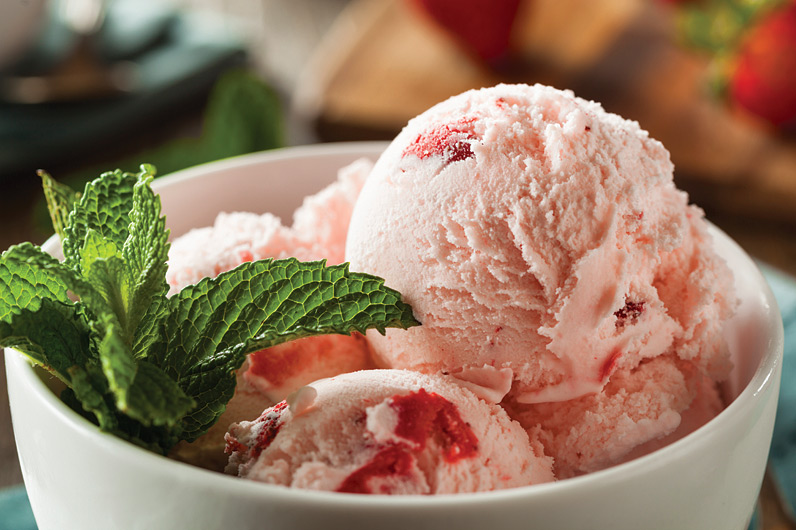 1/4 cup sugar, plus extra for sprinkling

Wash and stem berries, and cut them into 1-2 inch chunks (leave them whole if they’re very small). Sprinkle the berries liberally with sugar, lay them on a cookie sheet in a single layer and freeze them solid. Just before serving, mix the cream and the 1/4 cup sugar. Put the frozen berries in a blender and blend while slowly adding cream and stopping occasionally to stir. Blend until everything comes together in a cool, gorgeously pink ice cream. Serve immediately. It’s best when it’s freshly made, but it will keep in the freezer for a few weeks.

The Soup of Saints

2 tbsp butter (plus an opt. additional nub to stir in before serving)

Using kitchen tongs, or with gloved hands, place the nettles in a steamer basket set over boiling water. Steam for 3-4 minutes, until well wilted, then put them in a colander to drain.

Melt the butter with the oil in a heavy saucepan over medium heat and gently cook the leek, onion and celery until they are soft but not browned (about 15 minutes). Add the nettles; stir to combine well, then add stock. Bring the mixture to a boil and add potatoes. Reduce heat and simmer gently until the potatoes are tender (about 45 minutes).

Purée in small batches in a food processor or with an immersion blender. Return the soup to the pan and add the cream along with salt and pepper to taste. Reheat the soup and serve.