If These Walls Could Talk: Part I 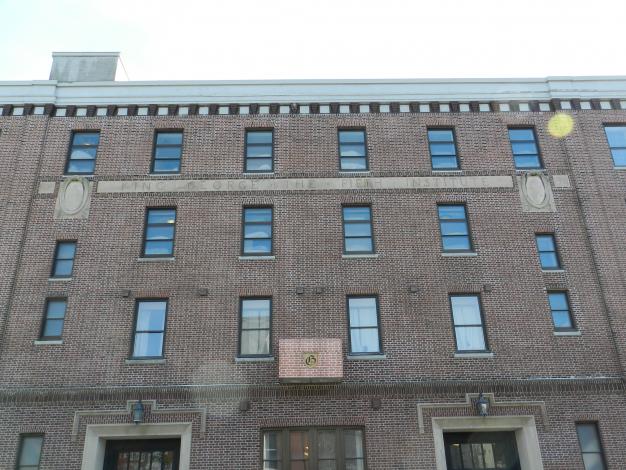 A walk through the streets of downtown St. John's, North America's oldest city, is a kind of history lesson. The ghosts of the past are everywhere - streaming from the bricks and concrete of the city's oldest buildings, peering through windows installed centuries ago, even rising up from the very streets themselves, streets that were once cobbled and rutted from cart wheels and horses’ hooves. Pick almost any building at random, and that building will be home to stories not from years past, but from generations past, from a time when wooden boats sailed through the narrows to deliver their loads and fish flakes lined the harbour’s edge. It’s an odd feeling, knowing that so much has happened along these streets. So much time has passed, yet dozens of the buildings remain as they were. Should one of those ghosts of the past happen by one of their old haunts, it might seem that no time had passed at all, until they opened the front door.

One such building is the King George V Building, a four-storey brick structure built in 1911 and located at 93 Water Street. It’s not much to look at, really. It has none of the Victorian charm that attracts tourists to the city’s picture-perfect, rainbow-bright rowhouses. It’s a big, brick office building that is now home to one of the city’s numerous condo development businesses, and aside from three small plaques on the building’s spartan façade, you might never know just how connected to history this place is. Though it’s not the oldest structure in the area, the King George V Building has nevertheless played a critical role in a number of remarkable events in the history of Newfoundland and Labrador.

The building was notable from its very infancy. Around 1905, Dr. Wilfred Grenfell, who had been working as a medical missionary setting up cottage hospitals and caring for fishermen in Labrador and on the Northern Peninsula for more than 20 years, began to advocate for the construction of a large hostel that could house the countless fishermen and naval men who poured into the harbour from around the world, and also provide a safe place for girls and women from outport communities who travelled to the city for work. Being a devout Christian, Dr. Grenfell was keenly aware of the many vices visiting fishermen could fall prey to in the city. He was also concerned about the welfare of seamen and their families, who were often poor, uneducated and at the mercy of the merchant class. After several years, Grenfell had raised funds from Britain, the United States and Canada, and convinced the British government to allow such an institution to be built. Another famous Newfoundlander, Edgar R. Bowring, donated a tract of family-owned land at the east end of Water Street, providing a place where the hostel could be built, and famed New York-based architects William Adams Delano and Chester H. Aldrich designed the building free of charge as a favour to Grenfell.

Construction on the King George V Seamen’s Institute began in 1911, and the building immediately made its first appearance in the history books. On June 22, 1911, King George V’s coronation was held at Westminster Abbey in London. Mere hours after being officially recognized as Monarch, the King laid the cornerstone of the Institute that would bear his name from Buckingham Palace by remote control - the first time the technology had ever been used in that way. At a predetermined time, the King simply pressed a button that sent a short wave telegraph signal to the site on Water Street, triggering a switch that lowered the cornerstone into place. Newfoundland Governor Sir Ralph Williams, Britain’s representative, was in attendance to make things official. Eighteen months later, on December 19, 1912, the Institute officially opened its doors.

In its first form, the Institute offered a wealth of services for seamen, providing lodging and dining options at affordable rates for visiting seamen (and separate lodging for women), an auditorium, a cobbler’s shop, a laundry, sewing and reading rooms, and was even home to Newfoundland and Labrador’s first indoor swimming pool. Naturally, the Institute was met with both praise and controversy. Some people questioned why seamen were given such luxurious accommodations and services when much of the rest of St. John’s remained relatively impoverished. Others argued it should be run as a charity instead of a business, especially after the superintendent was discovered to be embezzling large sums of money from the place.

As the years went on, the Institute served as a hub and safe haven for many seamen, but also took on other roles when it became necessary. In the spring of 1914, the province encountered a great tragedy in the form of the Newfoundland sealing disaster. After the SS Newfoundland became jammed in the ice, Captain Wes Kean ordered that his crew of sealers walk seven miles to another ship, the Stephano, captained by his father, Abram Kean, as it was reported the Stephano had encountered seals and would be a source of shelter. The sealers made it to the ship only to be told to continue hunting and to return to the Newfoundland when they were finished. Night fell and a blizzard descended on the men, who were now between the two ships and unable to reach either. Each captain presumed the other had the men, so neither made any rescue attempt. In the end, 86 men died and 11 were permanently disabled. Because of the extreme temperatures, the bodies were frozen solid and had to be thawed to be properly buried. The bodies were shipped to the King George V Institute, where they were placed in vats of warm water that had been set up in the Institute’s basement.

When another tragedy struck the island, the 1918 Spanish Flu epidemic, the Institute played its next role - a 32-bed temporary hospital, housing those afflicted by the terrible disease. Because the war had stripped the province of so many medical personnel, advertisements for doctors, nurses and volunteers were published in the paper. By the following February, the flu had for the most part made its way through the island, killing more than 200 people.

By the 1920s, the Institute was less and less necessary, owing to changes within the fishing industry. In the early ’20s, the YMCA took over management of the building, and when the Great Depression hit the province in the ’30s, the provincial government was forced to assume ownership of the building after the Institute itself closed down. Grenfell’s Institute had more than served its purpose, but now seemed destined to be forgotten - until World War II broke out in 1939 and the building took on its most memorable role yet. - By Grant Loveys

The story of the King George V building doesn’t end there. In fact, it’s only just beginning. Next month we’ll explain how the building was revitalized and reborn as the “Caribou Hut” during the Second World War.