A Home That Love Built

I just happened to catch Avis Rideout’s interview on television. I was so stirred by her passion for the Thai orphans in her care that I was moved to volunteer for her cause. In my time with her, I got to know Avis as an exuberant, energetic, determined person with that wonderful Newfoundland sense of humour.

Avis and her husband Roy - both from Newfoundland and Labrador - have been serving as missionaries in Thailand for decades, during which time they’ve witnessed much suffering. The AIDS epidemic has created a generation of orphans there; at the height of the crisis, so many were dying that they were buried in mass graves. The children left behind had no family to care for them - in some cases, no one even knew their names. Avis and Roy formed a special bond with one of those babies, a little girl who was near death when they met her in a government-run orphanage where Avis volunteered. They took Nikki into their home and nursed her back to health.

The plight of those children, including Nikki, led to the foundation of a special home for these orphans called Nikki’s Place Agape Home in Chiang Mai, Thailand in 1996. Agape is a word for Christian love, a love of self-sacrifice. It is at the heart of what this orphanage provides: more than just shelter and food, there is love. 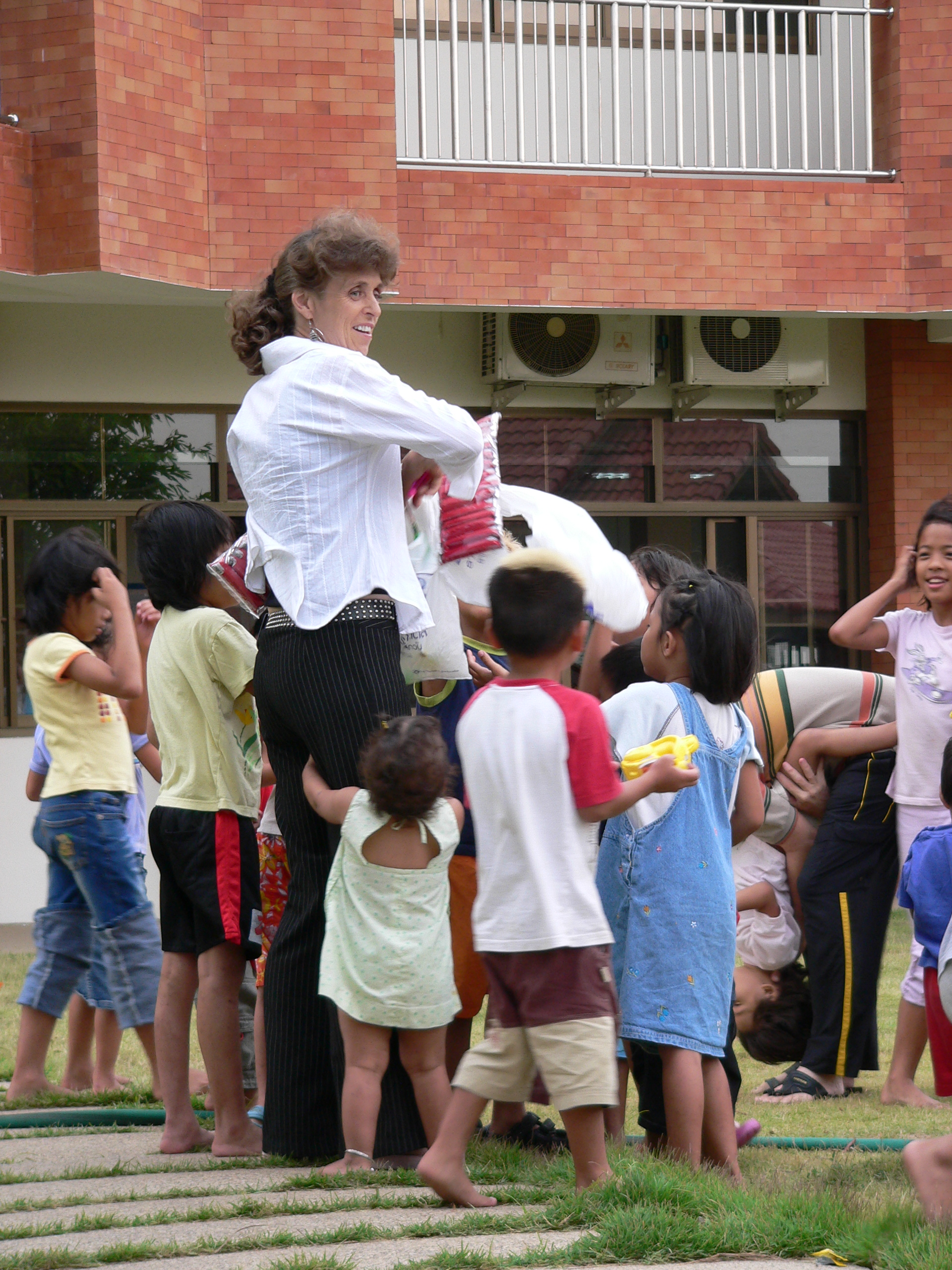 The Thai nannies and the volunteers from all over the world, as instructed by Avis, ensure the children are held, touched and cared for as if they were their own. Avis herself (pictured left) is very much a hands-on mother: cutting the kids’ hair, driving the bus, always found somewhere in the facility interacting with the children.

Most of the children in Nikki’s Place Agape Home are HIV positive. With advances in medicine in the last couple of decades, more people are now living with HIV than dying from it. As a result, many of the children nursed by Avis and her team are living longer, healthier lives. During my time as a volunteer in 2010, when there were more than 70 children being cared for, I saw at least 20 teenagers move into their own homes with adoptive parents.

Nikki’s Place Agape Home can currently care for more than 100 orphans aged 0-21. Recognizing the community needs, the home’s mission has expanded over the years. Avis has added a mother and baby unit for mothers with HIV/AIDS who want to stay with their children, and she has created a program that seeks to keep parents with their children in their own homes by providing a stipend to families living with HIV/AIDS.

Avis Rideout is, as we say in Newfoundland and Labrador, a bonifed, original character. She has nursed and loved many children over the years, none less than her very own. She and Roy have six children, including Nikki, who is now a beautiful, much healthier, 21-year-old woman.