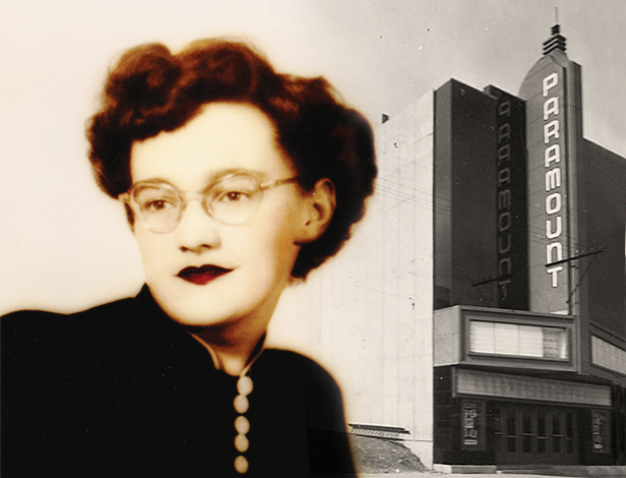 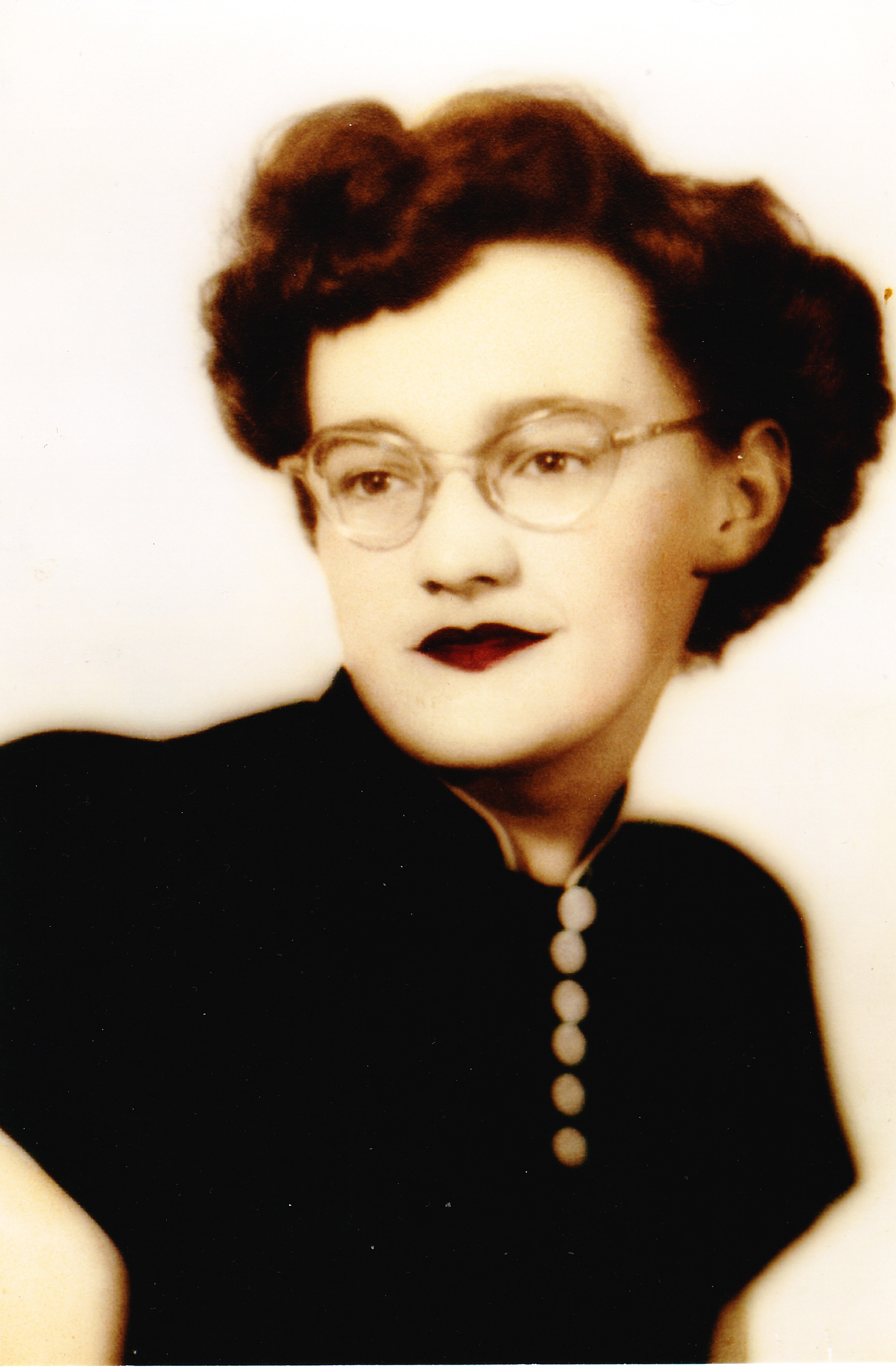 When I saw your reader-submitted photo of the Paramount Theatre in the March 2014 issue of Downhome, it brought back fond memories of my childhood. The Paramount was a big part of my family’s life growing up in Mount Pearl and most certainly a monumental part of my mother’s life.

My mother, Millie Delaney (nee Williams), pictured left and below, grew up on Young Street in St. John’s. At age 16, she began working as a ticket taker at the Capitol Theatre. Shortly after the Capitol Theatre fire, she moved to the ticket counter at the Paramount Theatre, where she remained an employee for more than 25 years.

Mom remembers the Paramount Theatre as a very busy place back then. When there was a big movie release, she recalls huge line-ups stretching down the Paramount steps, up Harvey Road, all the way to the fire station on Bonaventure Avenue.

Eventually Mom took over bookkeeping duties for the Paramount and other theatres in St. John’s. Many of the ushers would entrust Mom with some of their weekly earnings, which she would put away for them as Christmas savings. When the holidays neared, she returned their money, allowing workers to purchase gifts for their families. This wasn’t part of her job; Mom just wanted to help her co-workers save for and provide a nice Christmas for their loved ones.

After Mom married my dad, Bill Delaney of Bay Roberts, she arranged to do the books at our home in Mount Pearl. After work, Dad would collect the ledgers from the Paramount and bring them home. A mother of eight kids, she spent her evenings at the dining room table, ledgers and receipts spread out, balancing the books, often with a baby on her lap. I remember several occasions when I would excitedly accompany her when she returned the weekly ledgers. Walking up the steps to the Paramount, and entering the theatre after hours, always made me feel important. I would stand in the empty lobby and eye the concession counter with wide eyes. Ms. Hogan usually gave me a treat from the concessions: a box of Glosette Raisins, Glosette Peanuts or a chocolate bar. 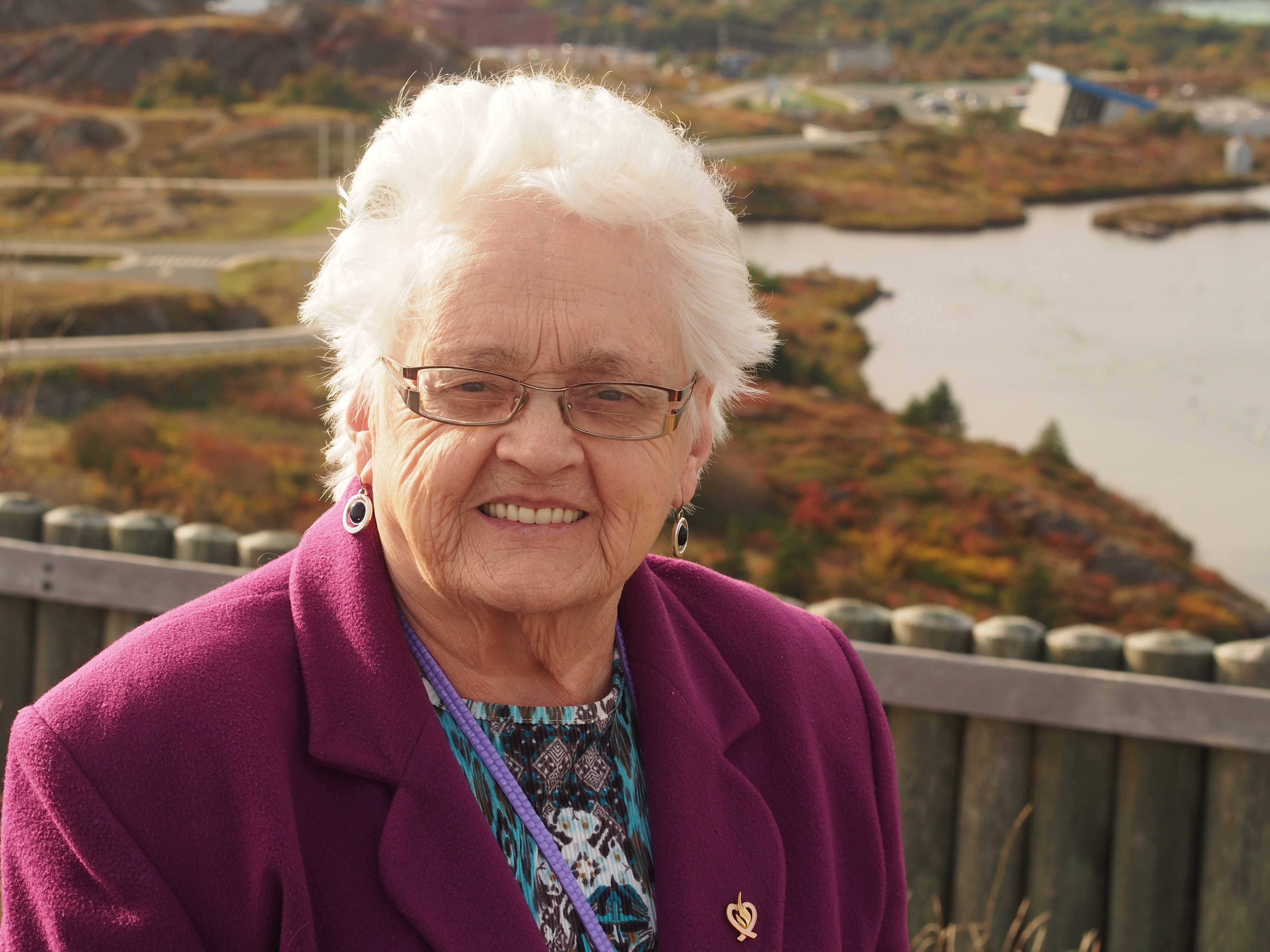 While employed with the theatre, Mom was able to go to the movies for free; her favourite, she says, was Gone With The Wind.

Mom now resides at Karwood Retirement Retreat in Paradise, N.L. and I live in Woodstock, O.N. We speak daily, and I am blessed that I can visit her a few times a year.

Thank you to your reader, Roena Marshall, for submitting the photo of the Paramount Theatre and thank you for publishing it. It brought back pleasant memories of my childhood and cherished times with my mother. It was a joy to remember those wonderful days.