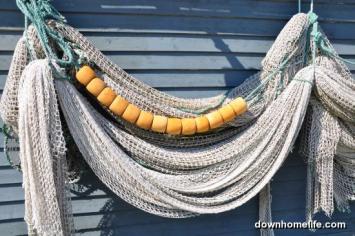 When Tanya Northcott goes on vacation to Newfoundland and Labrador, so does her camera. Really, it's an adventure for her camera, which doesn't see much action back home in Ottawa, Ontario.

"My camera is not really used anywhere else but when I'm in Newfoundland," Tanya admits. "When I'm in Ottawa it just sits on the shelf. I'm working on changing this, as there are many beautiful places in and around Ottawa, too, but it just doesn't inspire me the way Newfoundland does."

Tanya was born on the mainland and was introduced to Newfoundland and Labrador by her adoptive parents, who raised her there.

"I'm a descendant of Ojibway ancestry. My birth family once lived on the Wabigoon Lake Reserve, which is South of Dryden, Ontario. I was adopted by a wonderful Newfoundland couple who were living in Thunder Bay at the time, but after living there for a few years they decided to move back to Newfoundland and that's where I grew up," she explains. "I'm very happy to have grown up in Newfoundland; it's a beautiful place with very friendly people."

Her first experience with photography was during a vacation to the southern United States and Mexico in the 1980s, when she was gifted an Olympus camera to record her experience. "During this trip I was really inspired by the beauty of the ocean and landscapes," Tanya says.

These days, Tanya captures scenes using her Nikon D-90 with its AF-S Nikkor 18-105mm lens. She also uses a Sigma 10-20mm wide angle lens and an AF-S Nikkor 55-300mm zoom lens. While her camera gear has changed over the years, what she trains it on has not. She is still is irresistibly drawn to the sea and landscapes.

"My favourite subject to shoot would be Newfoundland outports and landscapes simply because it's so beautiful: the ocean, beaches, cliffs, wildlife, wharfs, boats and colourful houses...the only thing I need to do is to capture good composition and good lighting - the natural beauty of the land does the rest."

She makes it sound simple, but to get the right composition sometimes means clamouring over cliffs or crawling beneath wharfs. And that great lighting? Well one could be waiting for hours or even days - sometimes even returning in a different season - for the best light. But it's all worth it, as Tanya and every other photographer will tell you, when you get that perfect shot, that image that inspires you and others every time you see it.

Click here to view a slideshow of images taken by Tanya.