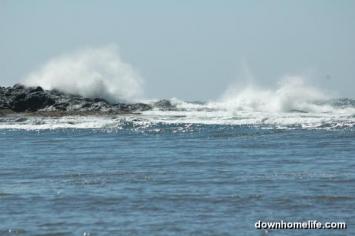 Here in Newfoundland and Labrador we get some wild weather, and that means wild seas.

In the April 2014 issue we have a story about harnessing the power of those waves. Lord's Cove, and its active seas, are now home to the College of the North Atlantic Wave Energy Research Centre.

Of course, that all relies on waves, which can be beautiful in their power.

We've collected some of our favourite reader-submitted wave photos for you. Click this link to see the awesome power of the Atlantic Ocean.