Dating in a Digital Age 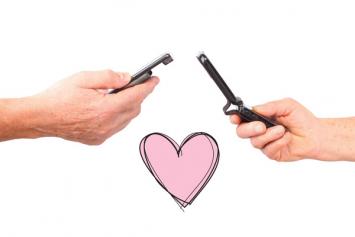 It had been six years since the death of my husband when I made a brave decision. At age 59, I was getting back in the dating game - but I quickly discovered that the rules of romance have changed...considerably.

After discussing it with friends, I opted to try something totally foreign to me - online dating. I'll admit the idea of meeting a man online took some getting used to, but I learned a lot along the way.

Last February I began surfing the net and investigated a few websites, some free, some requiring payment for access. Eventually, I settled on www.seniorpeoplemeet.com (its sister site is www.ourtime.com). By ancestry I'm a frugal (not to be confused with cheap) Scot, but I felt this site, because it charged a monthly fee, offered a degree of quality control and kept the bulk of the scam artists away. I committed to a one-month subscription - the various tactics to stay on longer didn't grab me, no way! A month it would be, and no longer!

Some of the profiles I came across didn't include pictures. Others did include photos, but very little in the way of information. Obviously, I didn't expect these strangers to tell all, but telling nothing is often TELLING!

But take heed, a well-written profile doesn't always ring true. It's in follow-up instant messages where the truth is usually revealed. In some cases the profile appeared polished and well worded, while the individual's real time communication seemed to be written by someone else entirely. This led me to believe such men were foreign born (there's nothing wrong with that, so long as you're honest about it), or possibly not as educated as they claimed in that alluring profile. I challenged the credibility of several such people and they were not long disappearing. Do I really scare people? Surely, not!

Faced with creating my own profile, I had some serious decisions to make. How much or how little should be revealed in such a forum? For instance, I've lived since birth with cerebral palsy, of the spastic diplegic type. "Is this the sort of information to reveal in a profile?" I asked myself. I decided it was not. It was never my intent to be deceptive - if a gentleman communicated with me more than once via the onsite communication system, I disclosed my disabling condition immediately. That seemed appropriate enough. In the end, nobody was put off by my disclosure.

Several interesting men got in touch a few more times before email addresses were exchanged. I kept in touch with three of them for awhile. One still forwards me cartoons and jokes.

But there was one gentleman who stood out almost immediately. I sensed there was more to this man with the great smile and the kind eyes, whom I shall call Mr. A, than his brief profile gave away. After disclosing my disability to him, I found out we have a lot in common. It turns out Mr. A shares a home with his younger brother who lives with quadriplegic cerebral palsy. Far more involved than I, his brother has needs that are gladly met with love and care by Mr. A. This was definitely a man I wanted to get to know better.

Next, I did something I didn't think I'd do. Since Mr. A revealed his real name, I did my own little "background check," and wound up coming across newspaper articles about his brother and him. Mr. A, it appeared, was the real deal.

Since then, we've talked on the phone, video chatted online using www.oovoo.com and, most exciting, we've met in person. So far, so very good. Time will tell how all this plays out, but suffice to say, good stuff can be found in the online dating experience if you pay attention, know where to look, what to look for - and what to stay clear of.

If you believe that online dating is something you'd like to investigate then I say go for it! I'm sure, like me, you'll find this online dating thing is not that different from the pen-pal practices of our parents, grandparents and great-grandparents. After all, part of any developing relationship is communication - talking, sharing, getting to know each other, foibles and all - and the Internet makes all of that possible. If you're realistic in your expectations and are honest about who you are, you may bump into the very person you were meant to meet. It worked for me!

Carla offers more of her musings and observations on her website and she can be reached by email at terrier@xplornet.ca.